Home » Trail Guide » The Canniepairt – Board 16

The common has seen football played continuously since the late 1800s. In 1887 a meeting was held to amalgamate  three clubs, Tayport, Our Boys & Craigmount, to form the Abertay Club.  Football was a booming pastime for that generation of young men and in the last decade of the 19th Century other teams were being regularly established such as Oddfellows FC, Union FC, Perseverance FC, Engineers FC, Thistle FC, Fiery Cross FC and Victoria FC, the mussel dredgers team. Things did not always run smoothly as reported by the Dundee Advertiser in 1890 – “ A dispute arose in reference to a goal claimed, and a blow was struck at an opponent which severely injured his nose. The matter was put in the hands of the police.”   Although these matches were played on the East Common parallel to the Edinburgh to Dundee railway line, some games in the early years were played on the area known locally as The Sudan, near the Spinning Mill and the Garpit Park. In the 1950s and 60s the main East Common pitch was nearer the Esplanade, where the changing facility was a hut previously used by the town’s swimming club with the limited facilities of gas lighting and a cold water Belfast sink. Tayport’s football clubs had enjoyed intermittent success on a local level throughout the years but from 1953 only one club remained and success was limited to a Bremner Cup and two Carne Trophy wins. A new young guard of local teenagers took over the club in 1968 and with an ambition to further the town’s football heritage, drove the club onto new horizons, eventually reaching the pinnacle of the non-league football in Scotland in the early 2000s. 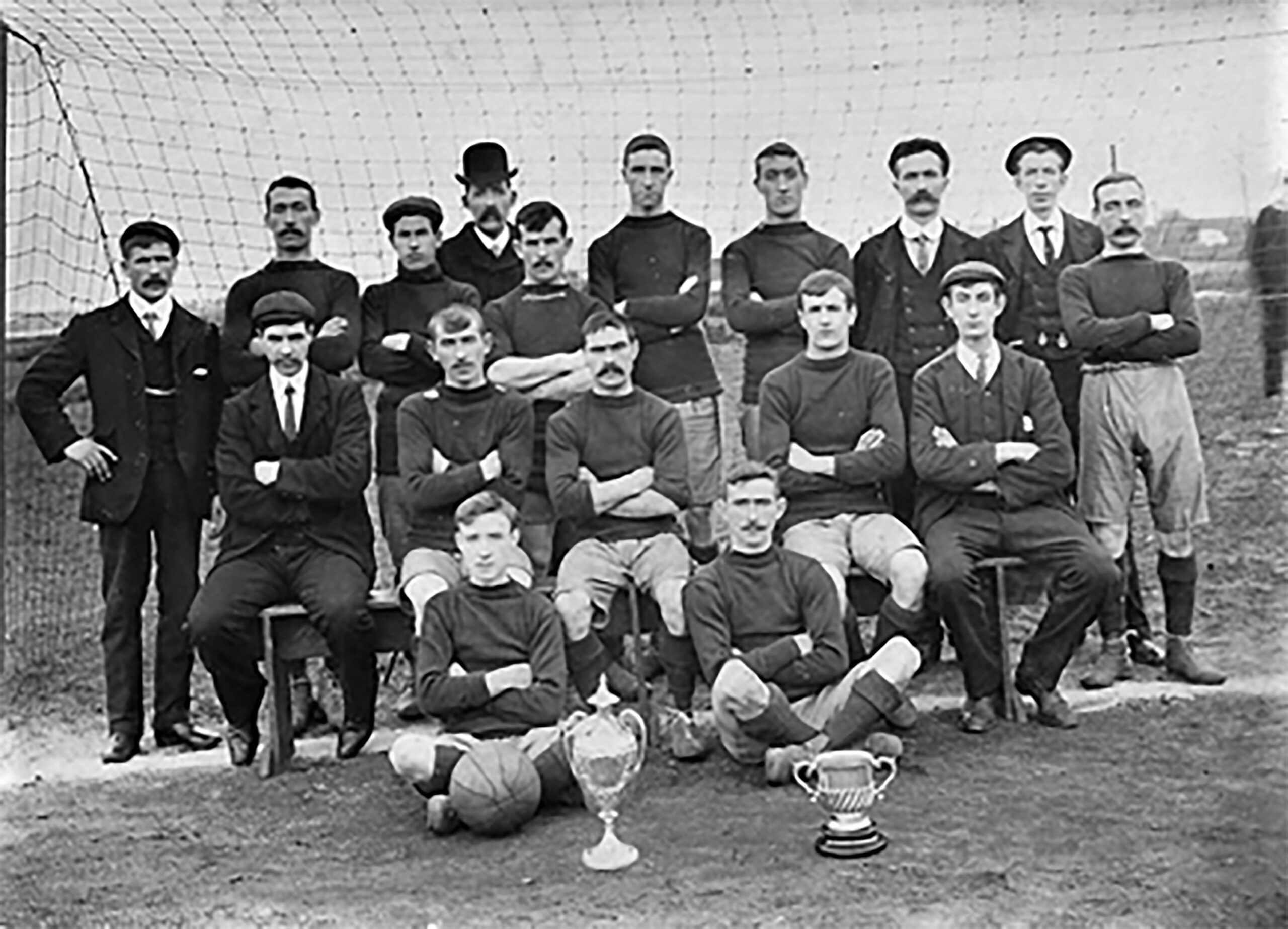 -Tayport knocked out the holders Vale of Wemyss in the semi-final at Lappy Park and then defeated Dunnikier Athletic 3-1 in the final.
-Tayport reached the final the following year v Wemyss Violet but the final wasn't played because Tayport refused to play at Methil

28/9/1907 notification of 4th Round Scottish Cup tie advising the team’s unique travel arrangements. Whilst they appear fairly arduous, they won the tie 2-1. The team listing, along with the 1905 team names, illustrates the continuity of generational involvement for over a 120 years 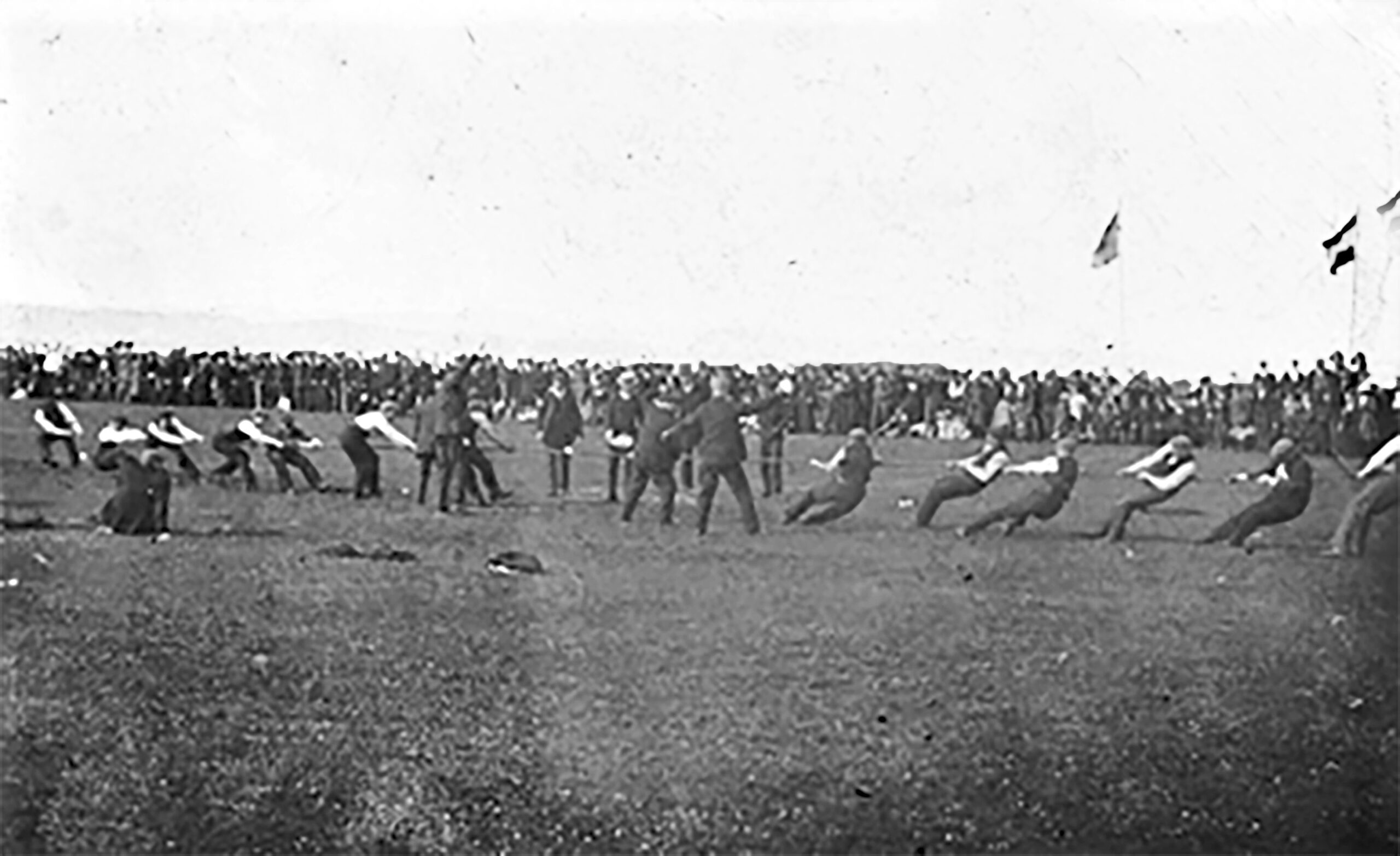 The Canniepairt had formerly been a small farm leased out by Scotscraig Estate, but had been left unused and overgrown for a number of years. In 1970 the British Army was engaged locally in a large exercise to refuel RAF Leuchars overland from the harbour and as they removed their equipment from the area, they cleared the remains of the scrub and  piggery. It has been the home of Tayport Football club since 1975 when a lease agreement was reached with the former Town Council, in recognition of the ambitions of the committee. With the aid of grant support, a great deal of fundraising and the sterling efforts of committee and townsfolk, they laid out a pitch, built a pavilion and subsequently extending it on several occasions, whilst also erecting fencing, planting trees and building an enclosure.  Throughout the 1970s and 80s there were matching on-field achievements including twice reaching the Fife Amateur Cup Final and also the semi-final of the Scottish Amateur Cup at Dens Park, whilst also enjoying success on a local level in Fife and Tayside. The Club acquired Junior/semi-professional status in 1990 and the efforts were rewarded with unprecedented success, which elevated the town to national prominence through live television broadcasting of six Scottish Junior Cup Finals between 1993 and 2005. Winning on three of those occasions saw Tayport arguably become the top Junior Club in Scotland during that era, with many of the players gaining representative honours at both local and national level as well as a number moving on to Senior Clubs. 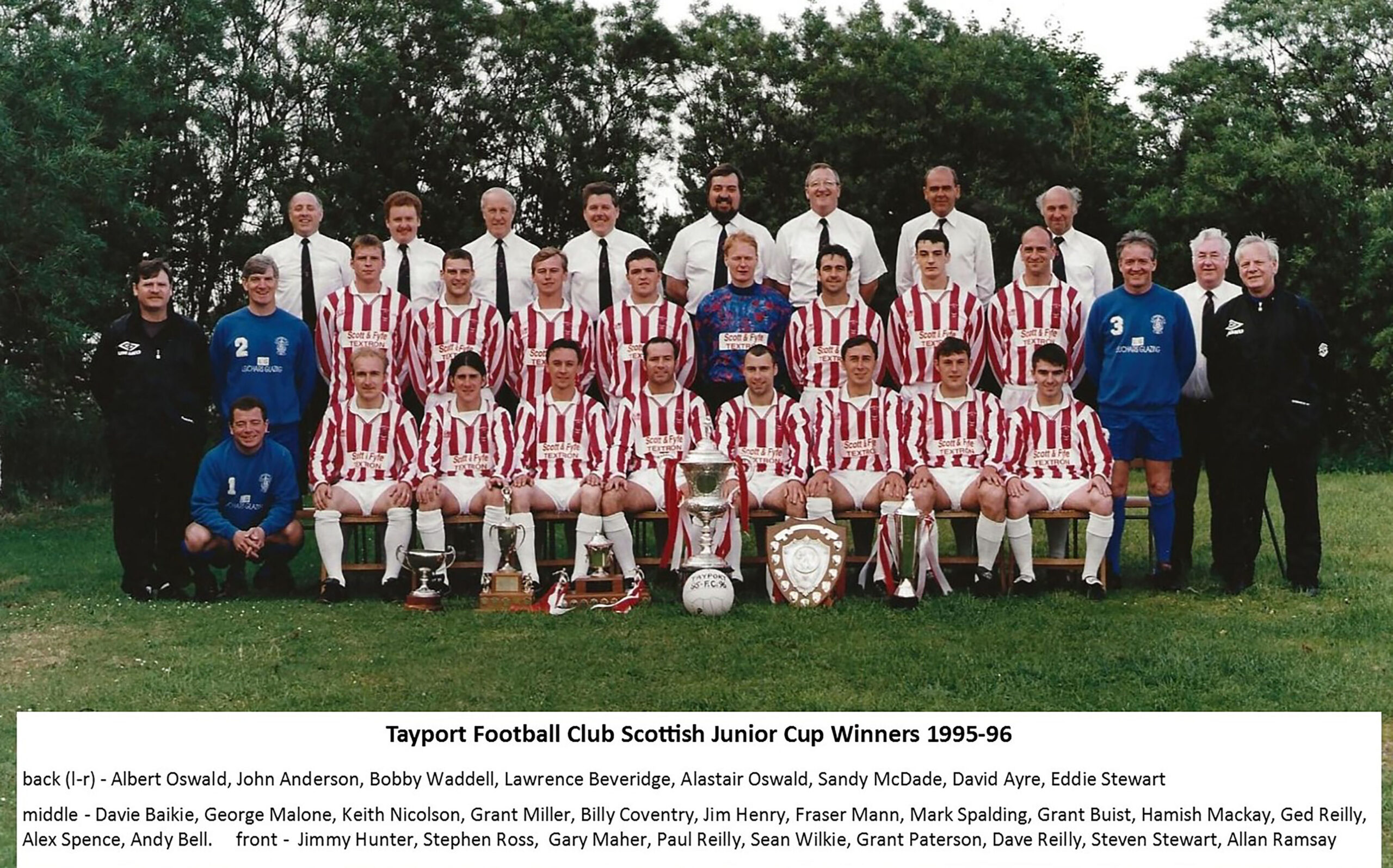 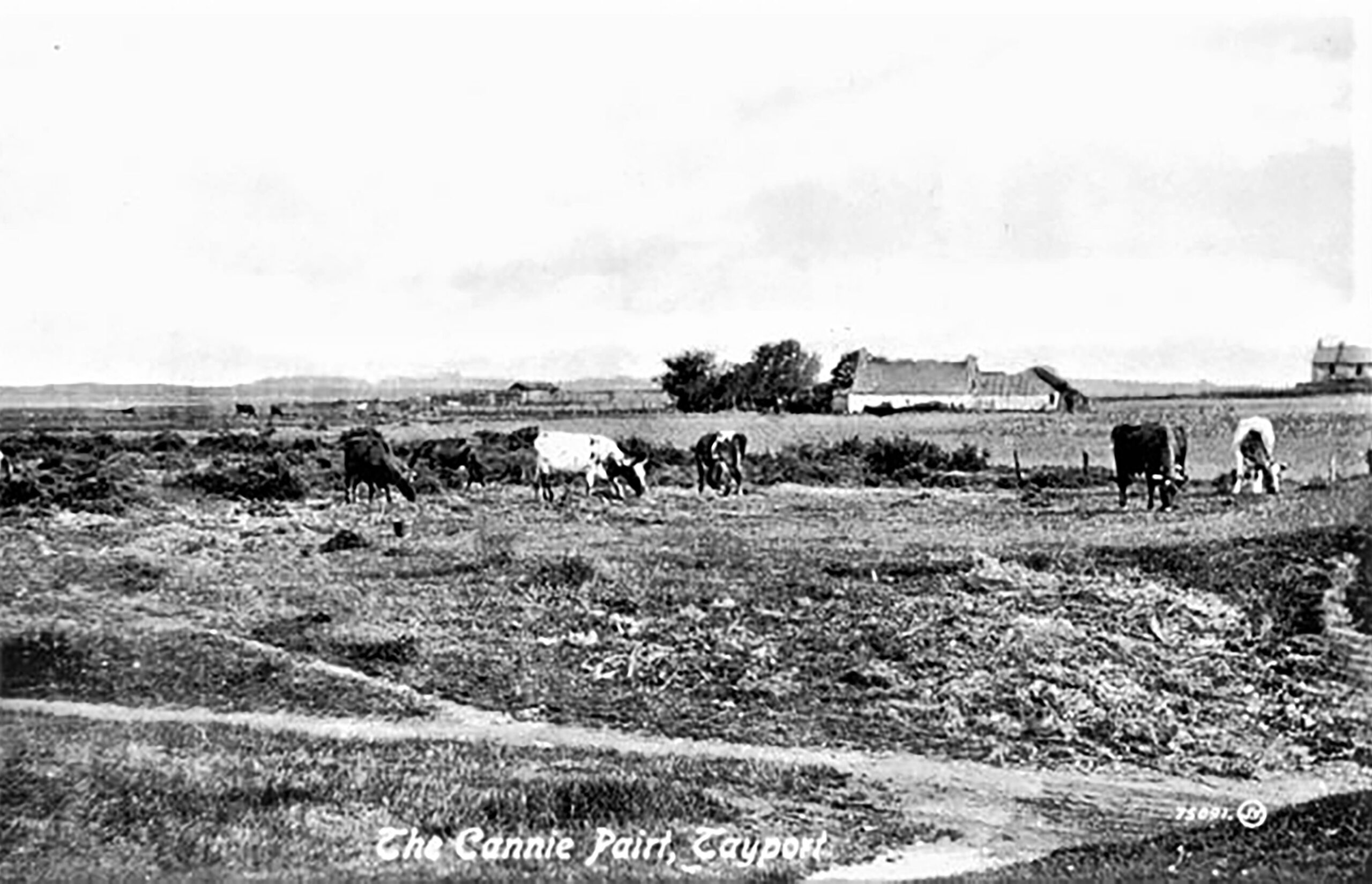 This area was once the centre of major industrial expansion in the 1860s as larger facilities were required for the development of the new manufacturing techniques. Most of the buildings identified on the map from that period are now demolished to facilitate new development, however in 1927 the unexpected collapse of the 60 foot high Abertay Works chimney was a  consequence of gale force winds. During this period of expansion & arrival of the railway, the weaving industry transferred from the cottage to the factory. A regular supply of water was essential so the route of the natural water supply from the Ninewells / Morton Lochs area and that of the Scotscraig Burn was influential in the choice of site when the linen works of Scott & Fyfe was established in 1864 to manufacture sail cloth, wagon covers & other heavy fabrics. Goods were transported out by rail whilst coal to fire the boilers, was often still brought in by horse and cart from Radernie and other north Fife pits. 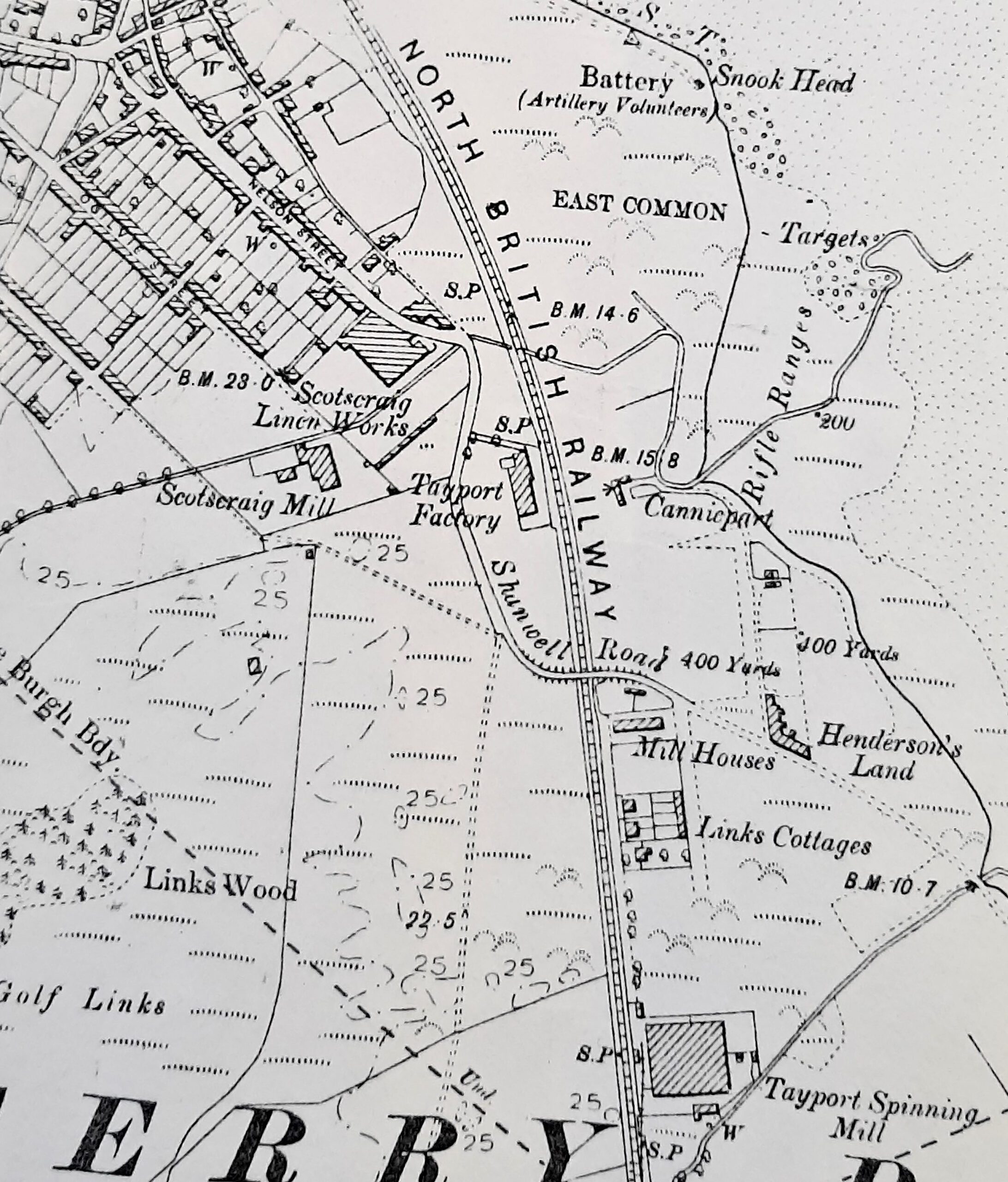 The provision of extensive employment opportunities for both sexes, was a major contributor to the growth of the burgh which saw the population increase from 920 to 2,238 in the first half of the 1800s. Extended family involvement was common in the large workforce as reflected by the Tough family remaining a driving influence for the business over four generations. Manufacturing switched to jute weaving & finishing in the 1900s, which in turn was phased out in 1968 to make way for the production of woven polypropylene. Further innovation and changes over the following five decades saw Scott & Fyfe (www.scott-fyfe.com) developing as a major global provider of innovative textile solutions.

1854 OS map of Factory corner prior to industrial development 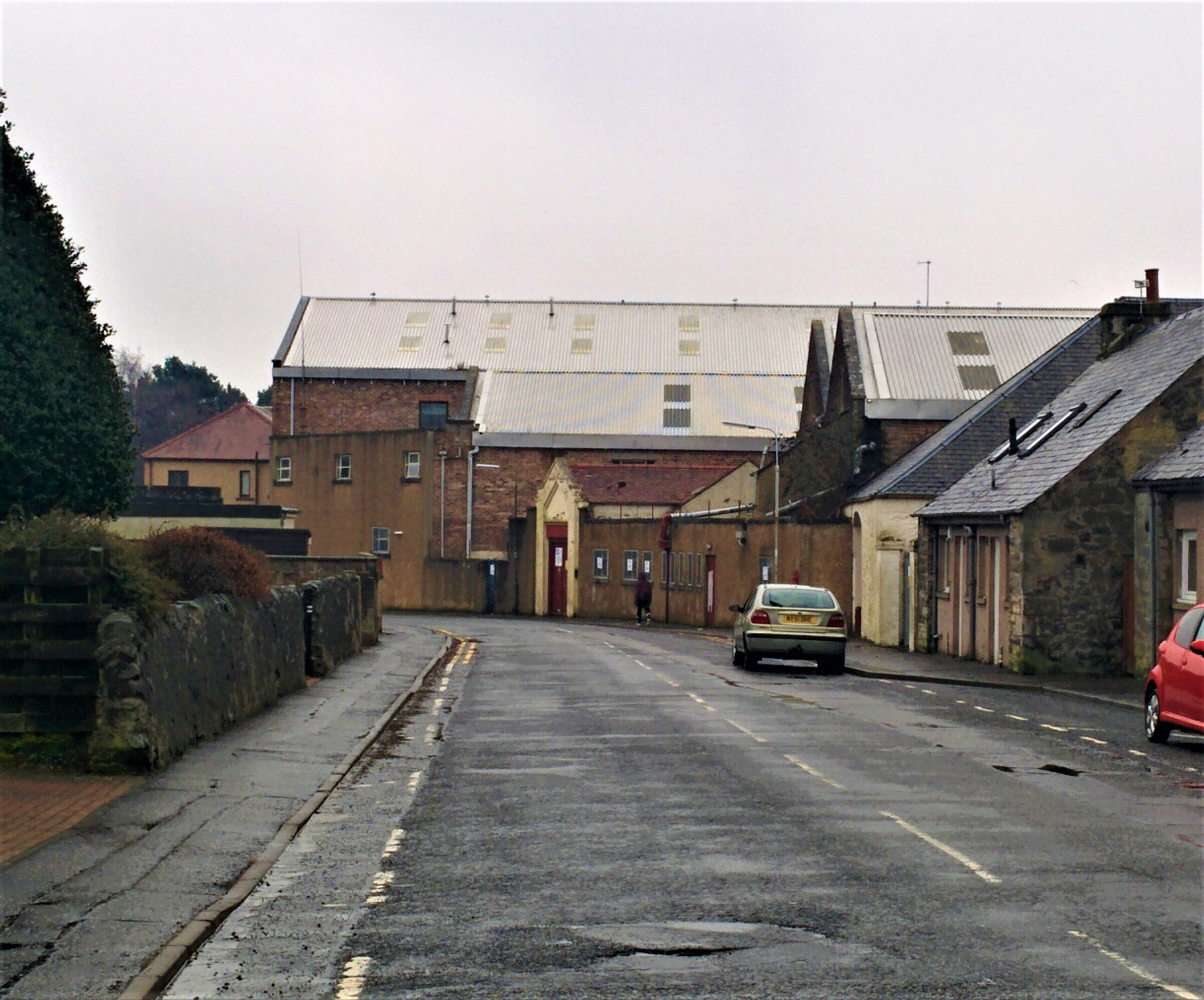 2018 Scotscraig Works in Nelson Street just prior to demolition

The factory offices of the Scotscraig Works prior to demolition 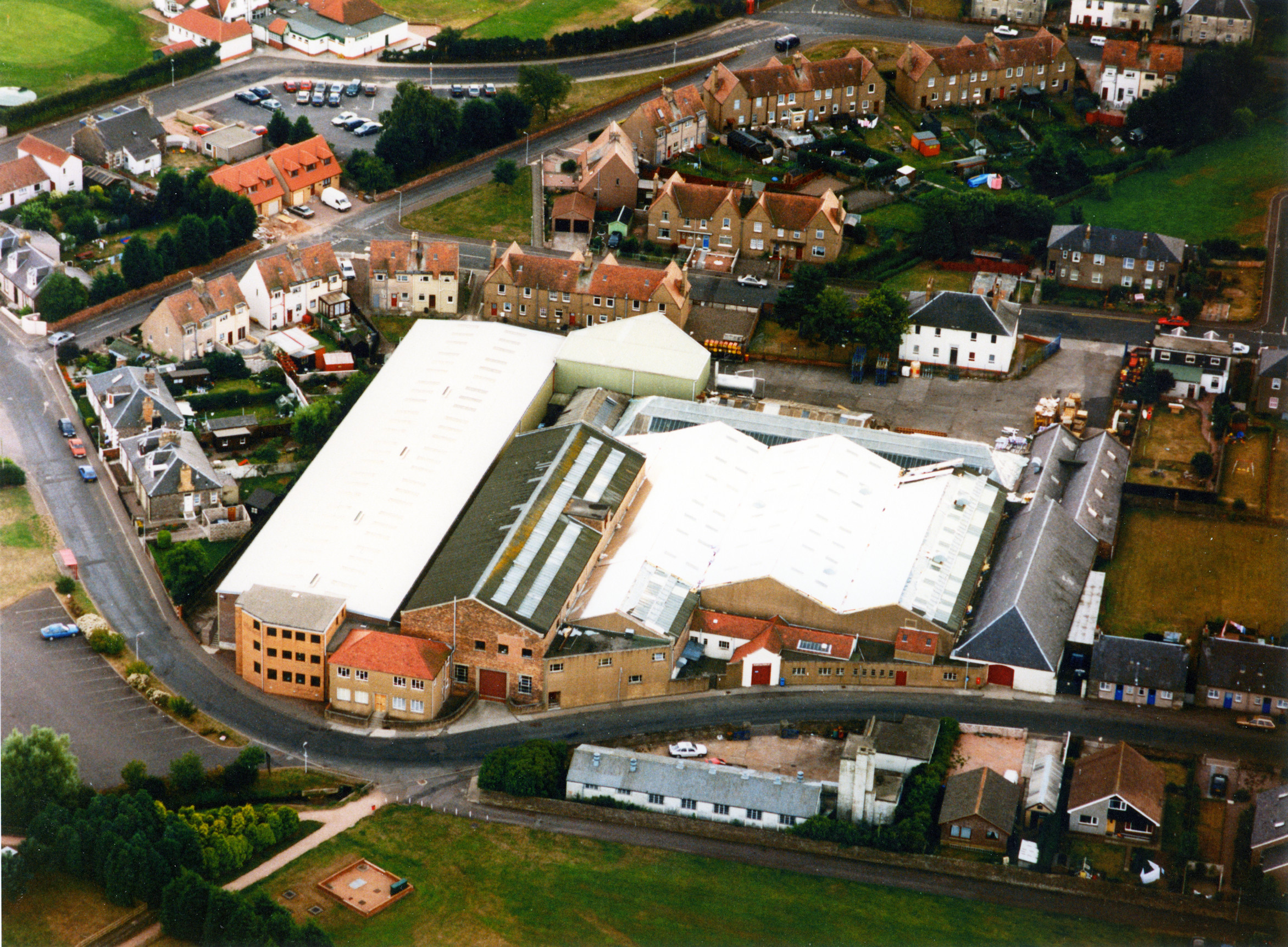 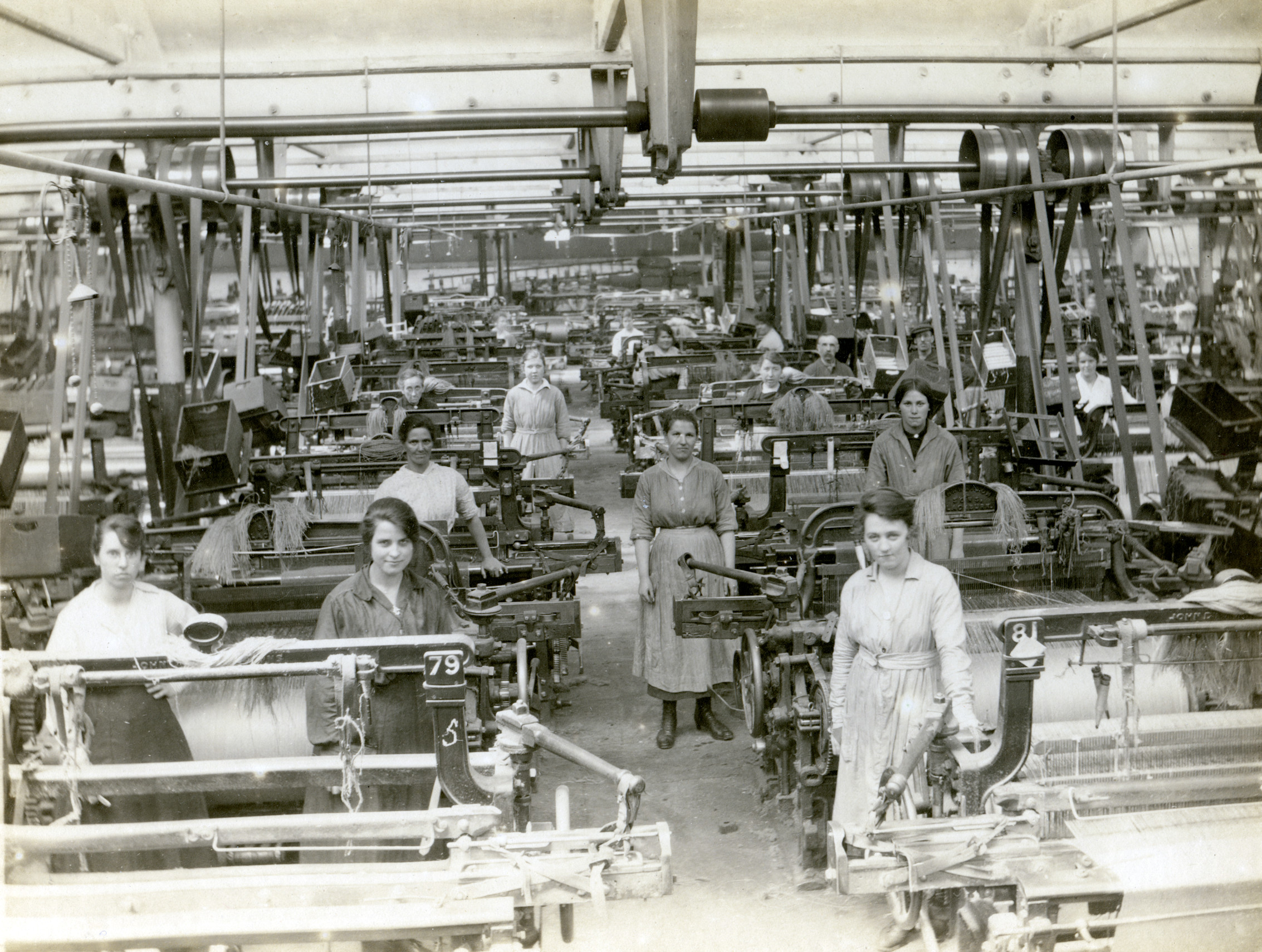 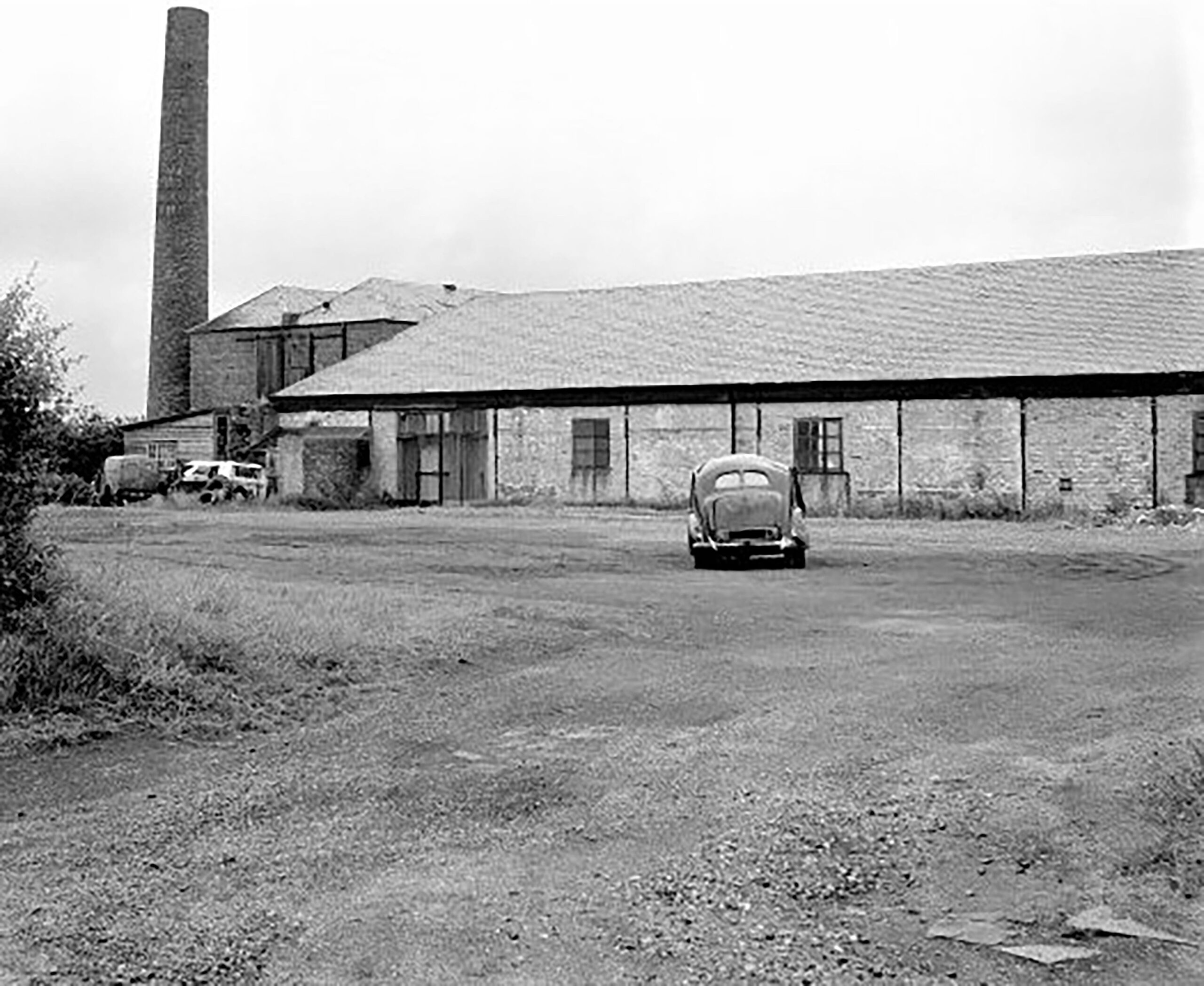