Home » About the Trail

The Tayport Heritage Trail has been established for the Community, by the Ferry-Port-on-Craig Commonty Fund.

The Trail provides an introduction to the heritage of both Town & Parish, along with the surrounding countryside. Parishes were generally established as units of church organisation in the reign of David 1 (1124-53) but usually based on existing secular territories going back to first millennium AD.   After the Reformation in Scotland in the summer of 1560, the parishes developed with legal status, into units of civil government as well as ecclesiastical organisation. Various references around that time refer to South Ferrietoun as part of the Lordship and Barony of Scotscraig & Regality of St. Andrews. A charter contained in the Register of the Great Seal shows that James VI erected the “South Ferry of Portincraig” into a Burgh of Barony in 1598 to Robert Durie of Scotscraig, including the six acres of Gibbsland with the castle tower thereupon. The area remained a part of the Parish of Leuchars until disjoined in 1602, whereby it was created as a separate Parish called Ferry-Port-On-Craig erected by Parliament in 1606. 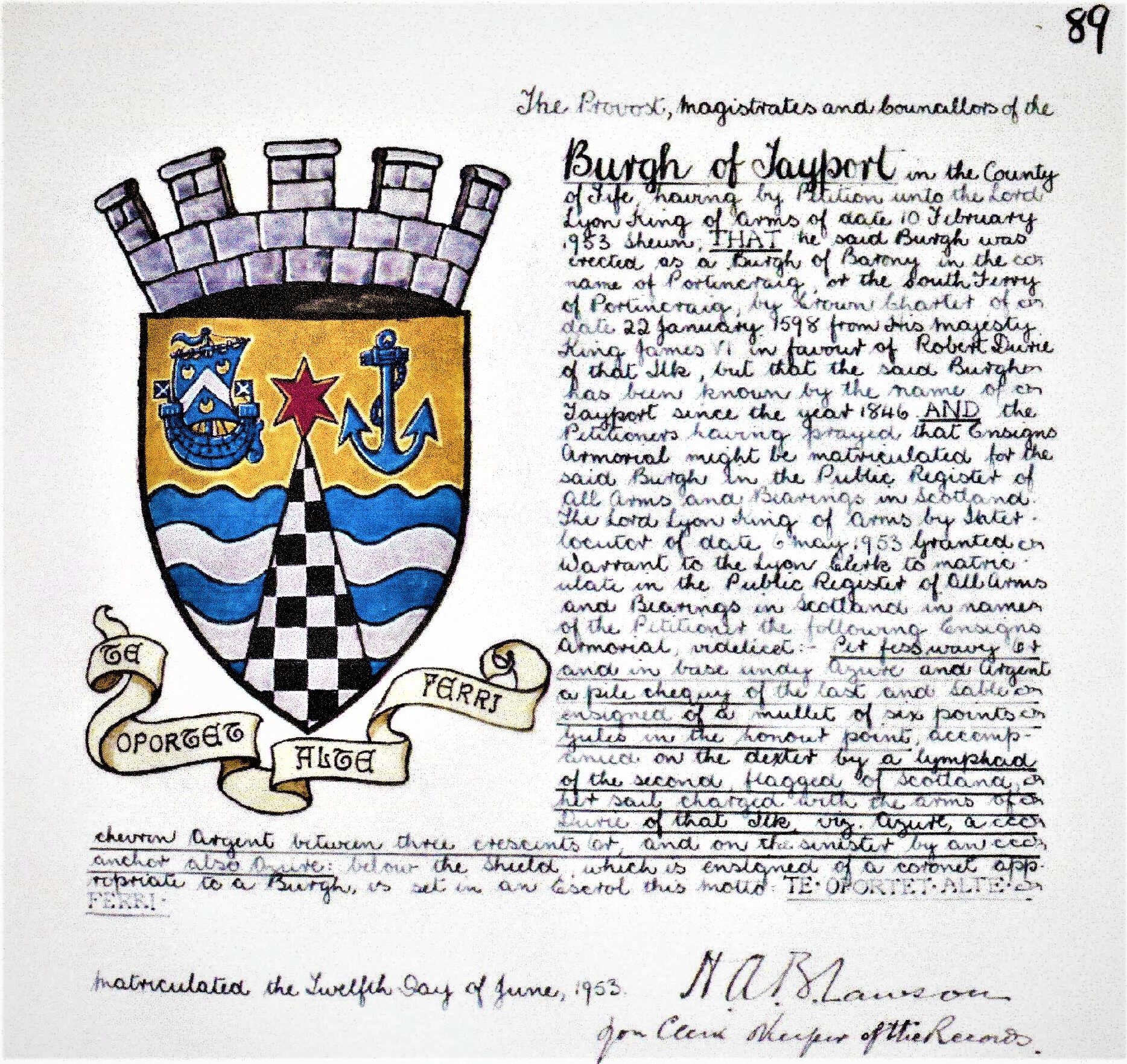 Arms of the Burgh of Tayport matriculated June 1953

Following the successful establishment of their Railway Harbour and Ferry crossing service, the influence of the  railway company on the affairs of the village was significant.  On Saturday the 29th March 1851, the Edinburgh, Perth & Dundee Railway ordinary half-yearly meeting agreed to substitute  “for the rather cumbrous designation of Ferry-Port-on-Craig, the more intelligible one of Tayport.” The town became known as Tayport and was established as a Police Burgh in 1887, whilst the Parish remained as Ferry-Port-on-Craig until 1994.

The strategic location continues to define both the identity and sense of community for the feuars and visitors alike. The geography and landscape have encouraged both habitation and travellers from early times. The rocky high part of the parish, in the area of the Hermit’s Cave & Archbishop Sharp’s Quarry, extends down to the rocky shoreline at the West Common and provided access for the early ferry crossings that give rise to the village name of Ferry-Port-on-Craig. The sandy nature of the flat eastern areas of land incorporates the sandy beaches of Tentsmuir and the scaups of the tidal mudflats.  The Muirs area between Tayport and Leuchars would now be completely unrecognisable to the Post-Glacial inhabitants of the hunter-gatherer and fishing Mesolithic settlement areas, on their small tidal islands at Morton Farm from 6000 BC. (Prehistoric Morton, Reg Candow 1989)   www.pastmap.org.uk

The fund remains a symbolic historical link from the time of its formation to manage the compensation received from the Edinburgh, Perth & Dundee Railway Company when they extended their track from Cupar in 1847/48 across the East Common to establish the new station railhead, prior to developing the adjacent railway harbour. The transfer to the railway company of an area of common land previously established under the Rights of Commonty deed of agreement in 1799, had a lasting historical significance for the future of the town.  We are grateful to Tayport Community Council and local Councillors for their support and indebted to the following who have greatly assisted in raising the required funds for the project:-  The Commonty Fund; Fife Council Locality Budget; Tayport Community Fund; Fife Environmental Trust; Co-op Local Community Fund; New Park Educational Trust; Northwood Charitable Trust; Fife Council Economic Regeneration Fund & local resident Richard Tough. 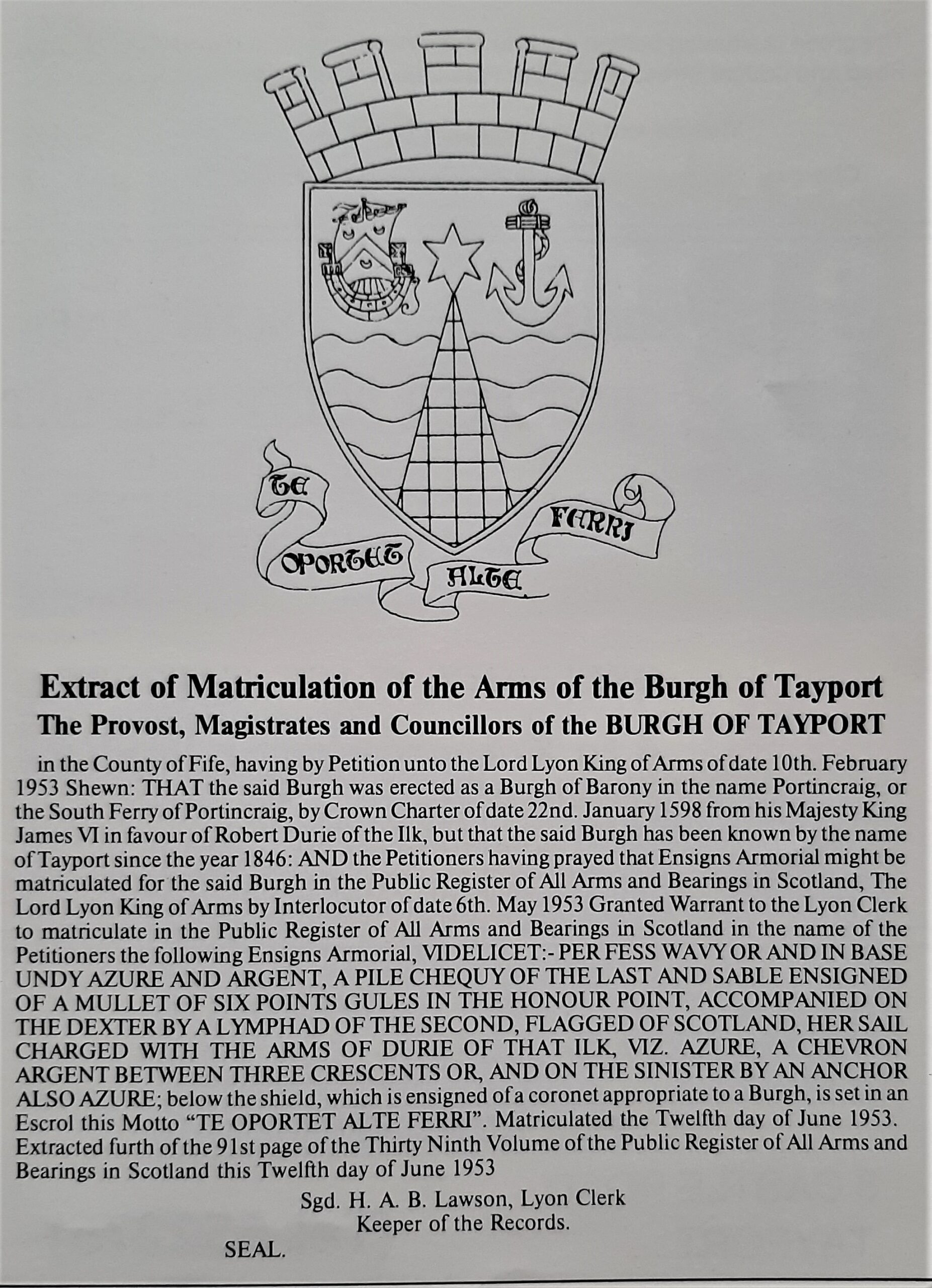 Extract of Matriculation as used in 1985 guide book 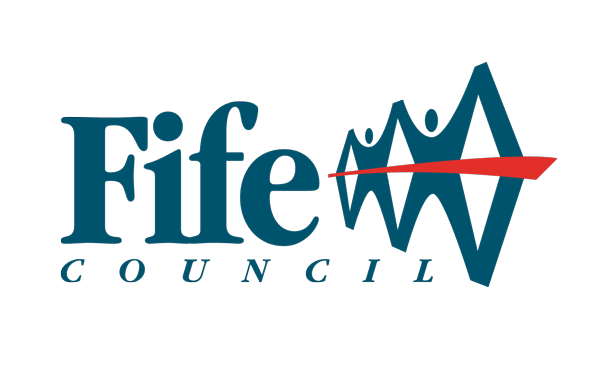 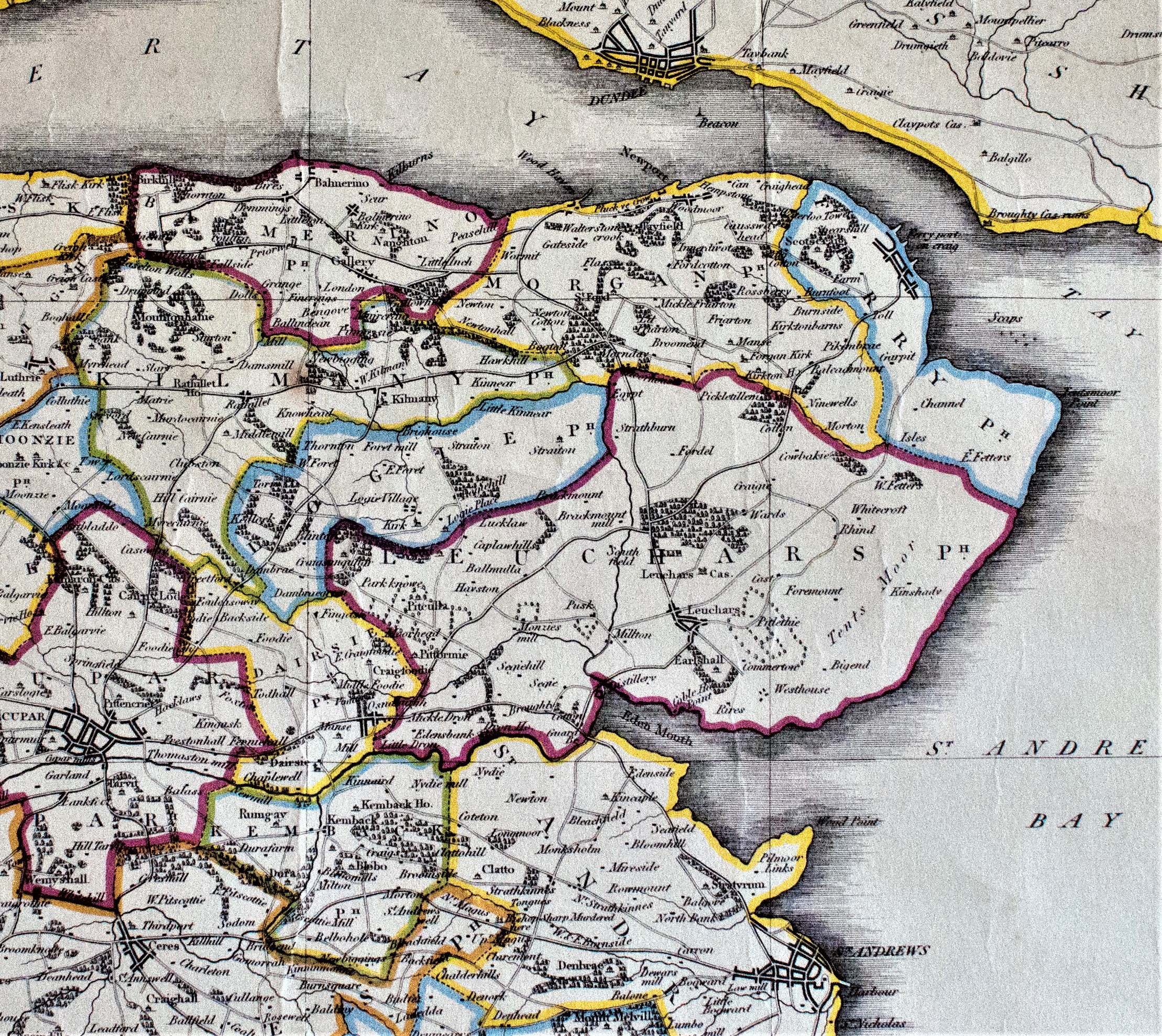 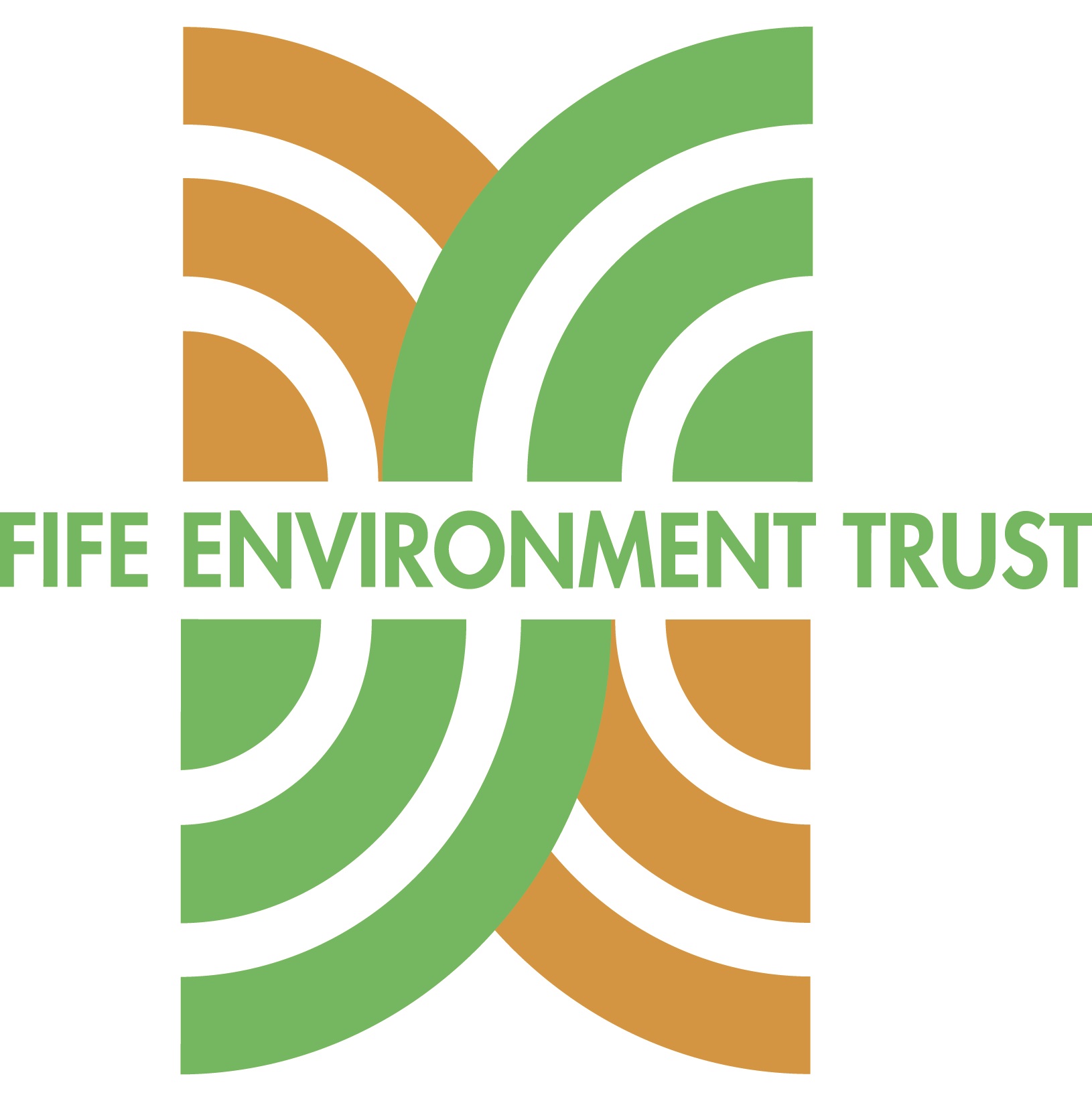