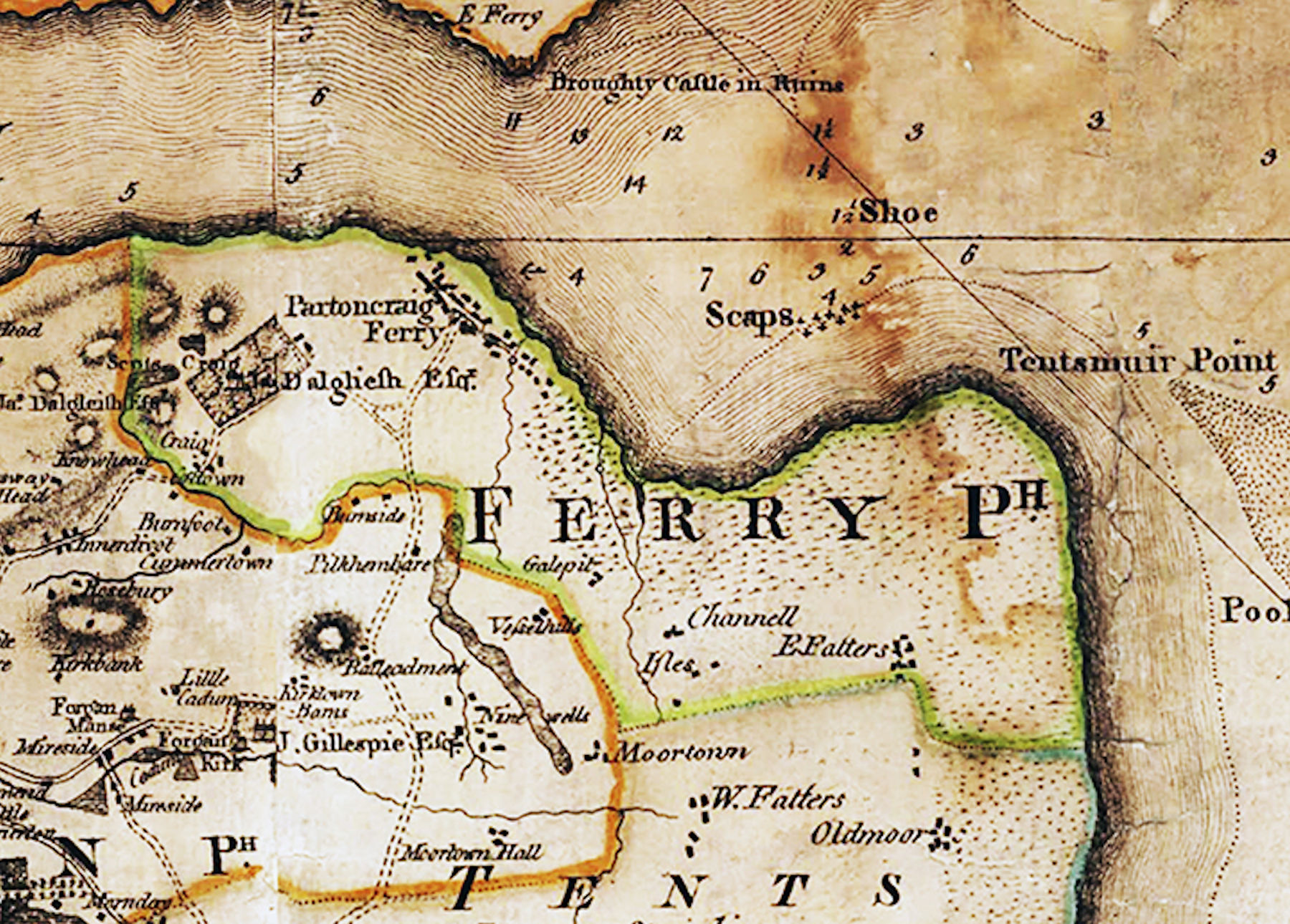 In 1598 the “toun and lands of South Ferry of Port-on-Craig were erected into a burgh of barony , in favour of Robert Durie”, as Laird of Scotscraig. It was earlier however, following the summer of 1560, that saw parishes develop into legal units of civil government as well as ecclesiastical organisations. South Ferrietoun was referred to as part of the Lordship and Barony of Scotscraig & Regality of St. Andrews and remained part of Leuchars parish until disjoined in 1602, shortly before the union of the crowns, when the separate parish of Ferry-Port-On-Craig was established and in 1606 was erected by the Parliament.

The local governance, existing since the 12th Century reign of David I, largely evolved into its modern form of services provision following the urban growth after the industrial revolution. By 1886 the town had grown to a population of 2,238 from that of 621 in 1755 and there was a great agitation for the supply of good water to replace the use of wells. Whilst both Johnnie Doig’s and Bishop’s Well had the reputation for constant water provision, a high death rate was also influenced by lack of provision for carrying drainage to the sea. Tayport Town Council was formed as a police burgh in Dec. 1887, and changes over the next 40 years saw the establishment of Fife County Council and the displacement of both the Parochial Board and Parish Council. Further reforms in 1975 with the creation of North East Fife District Council determined that the civil parish ceased to have any legal or administrative existence and brought the termination of  the Town Council itself and in 1977 the formation of Tayport Community Council.  Further transformation to Unitary Councils in 1994 saw Tayport included within the Tay Bridgehead Ward of Fife Council. 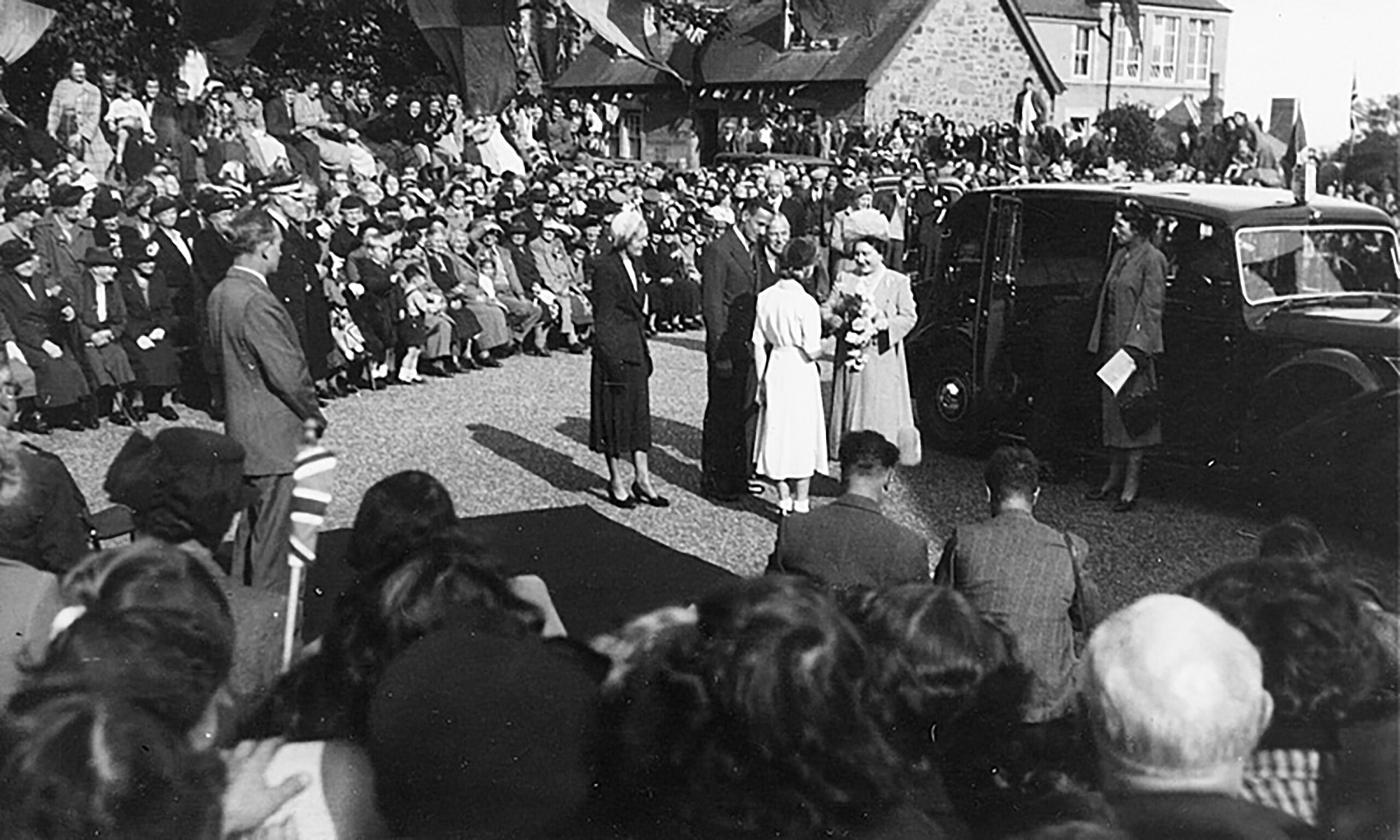 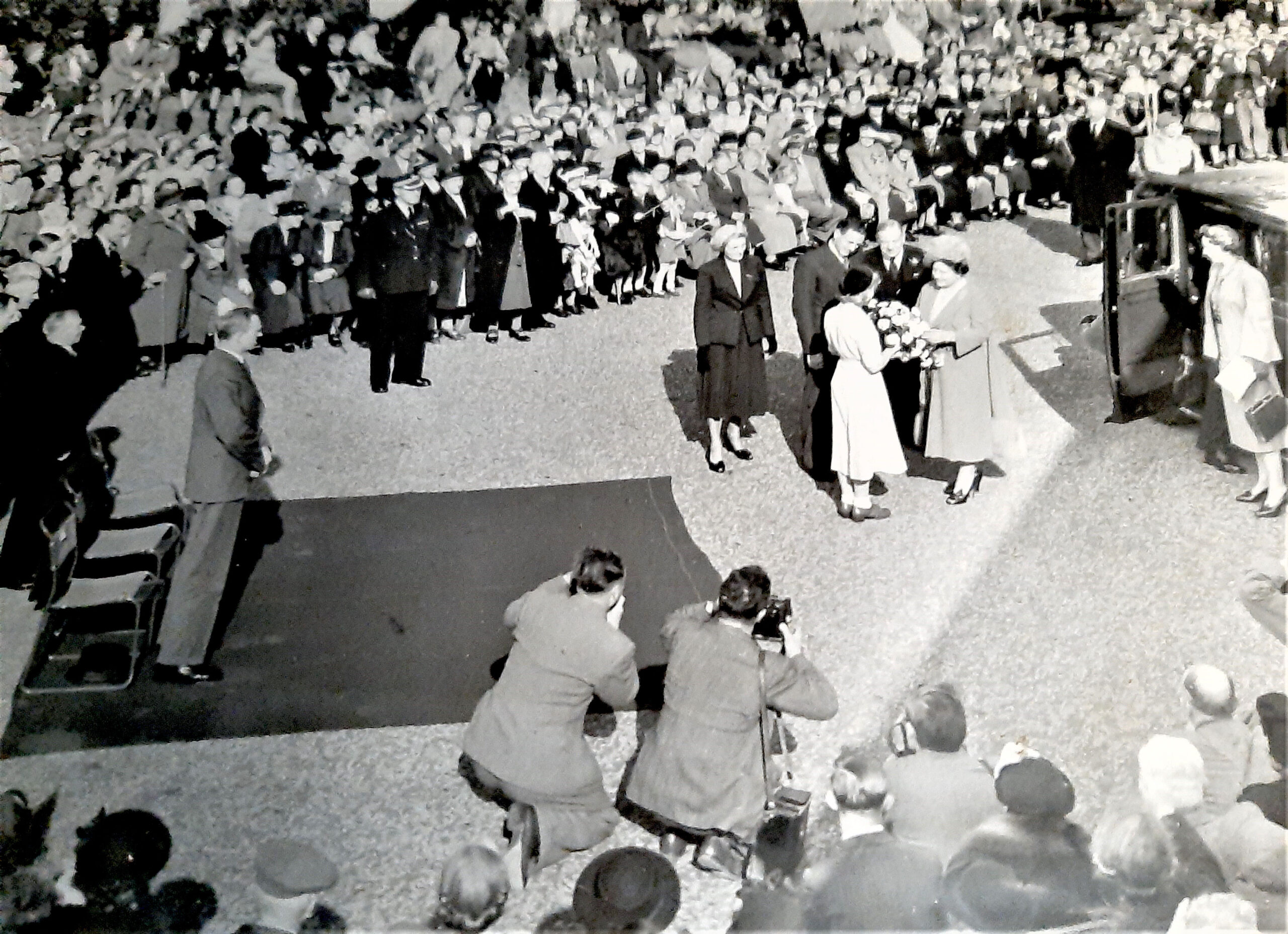 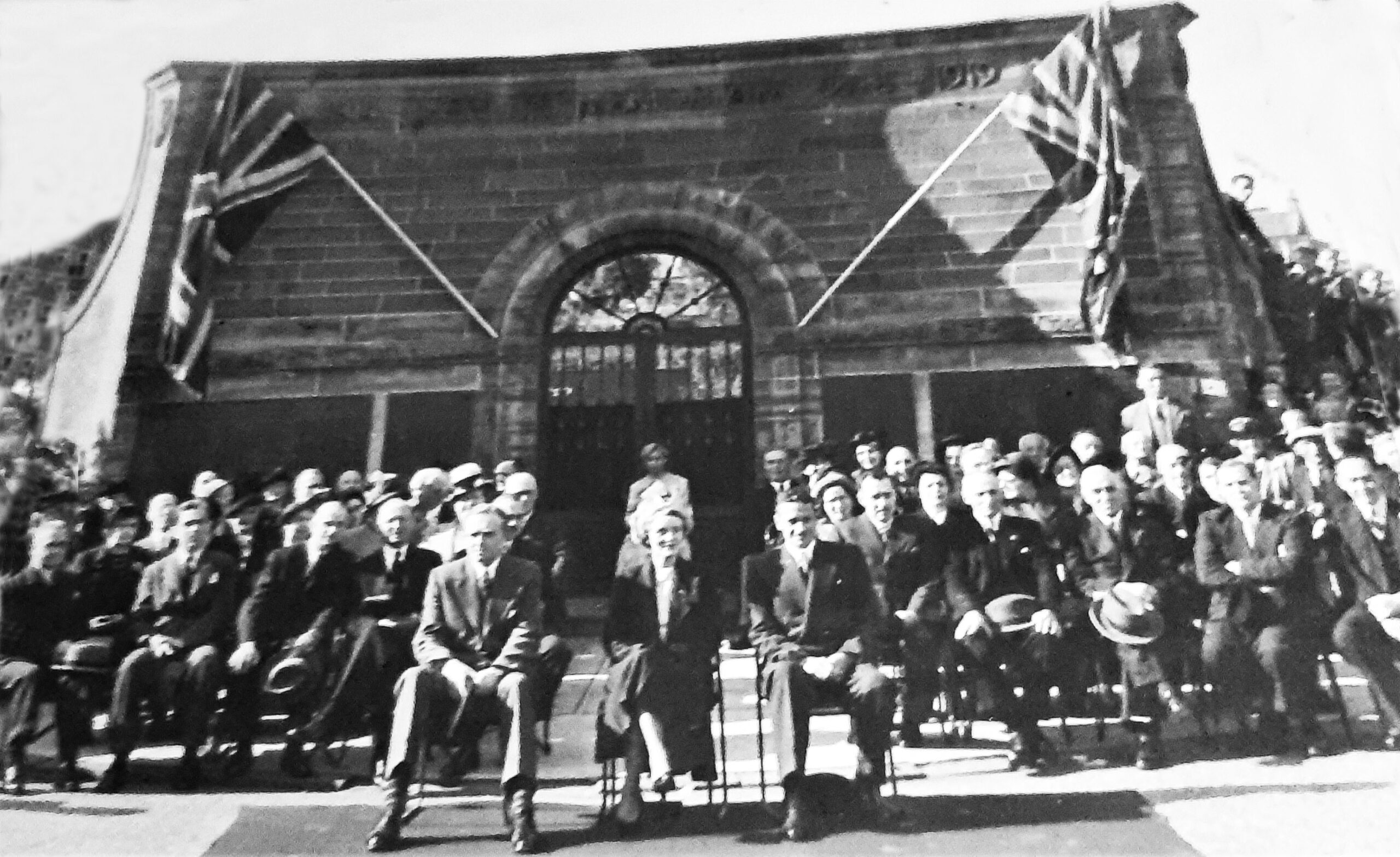 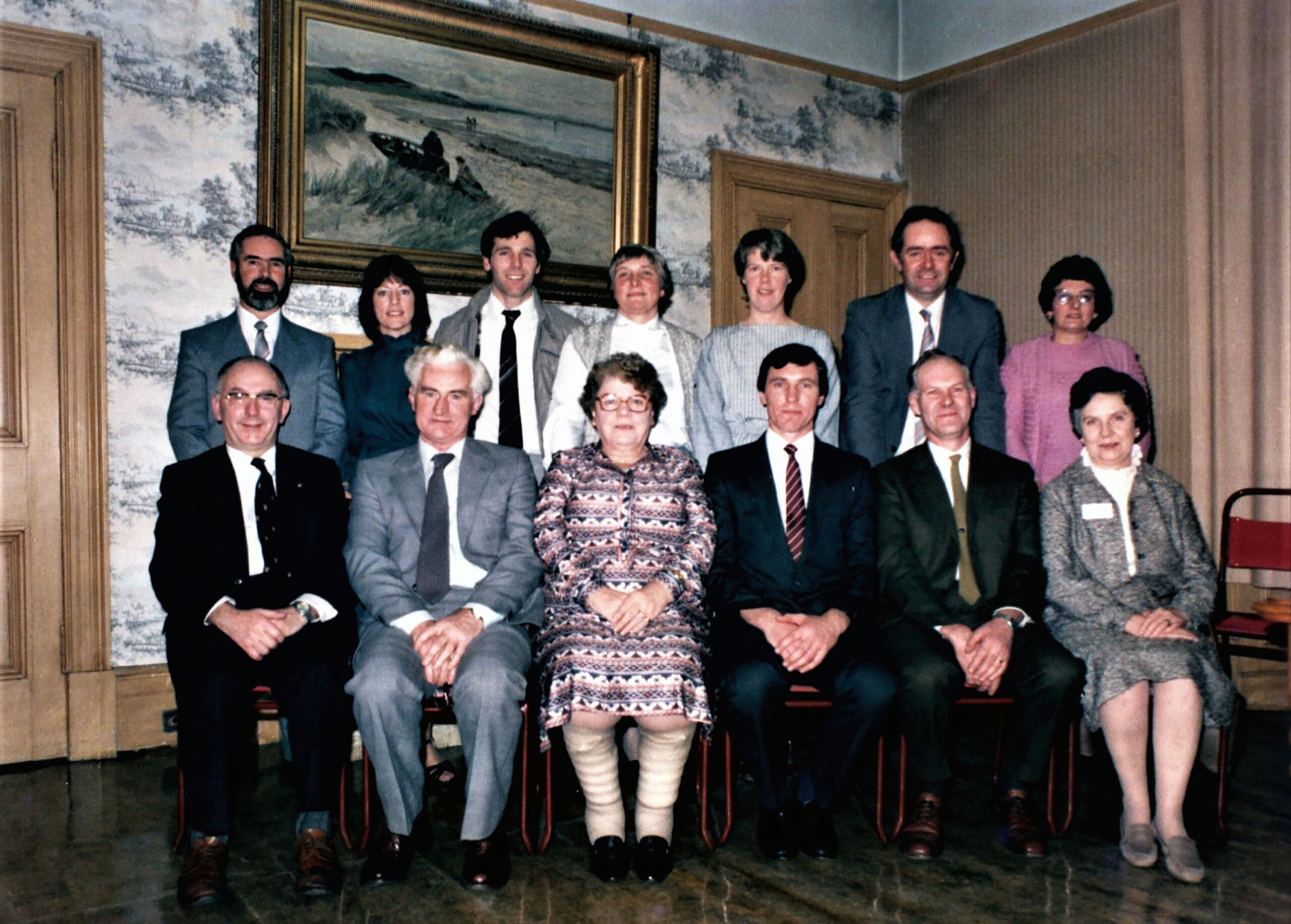 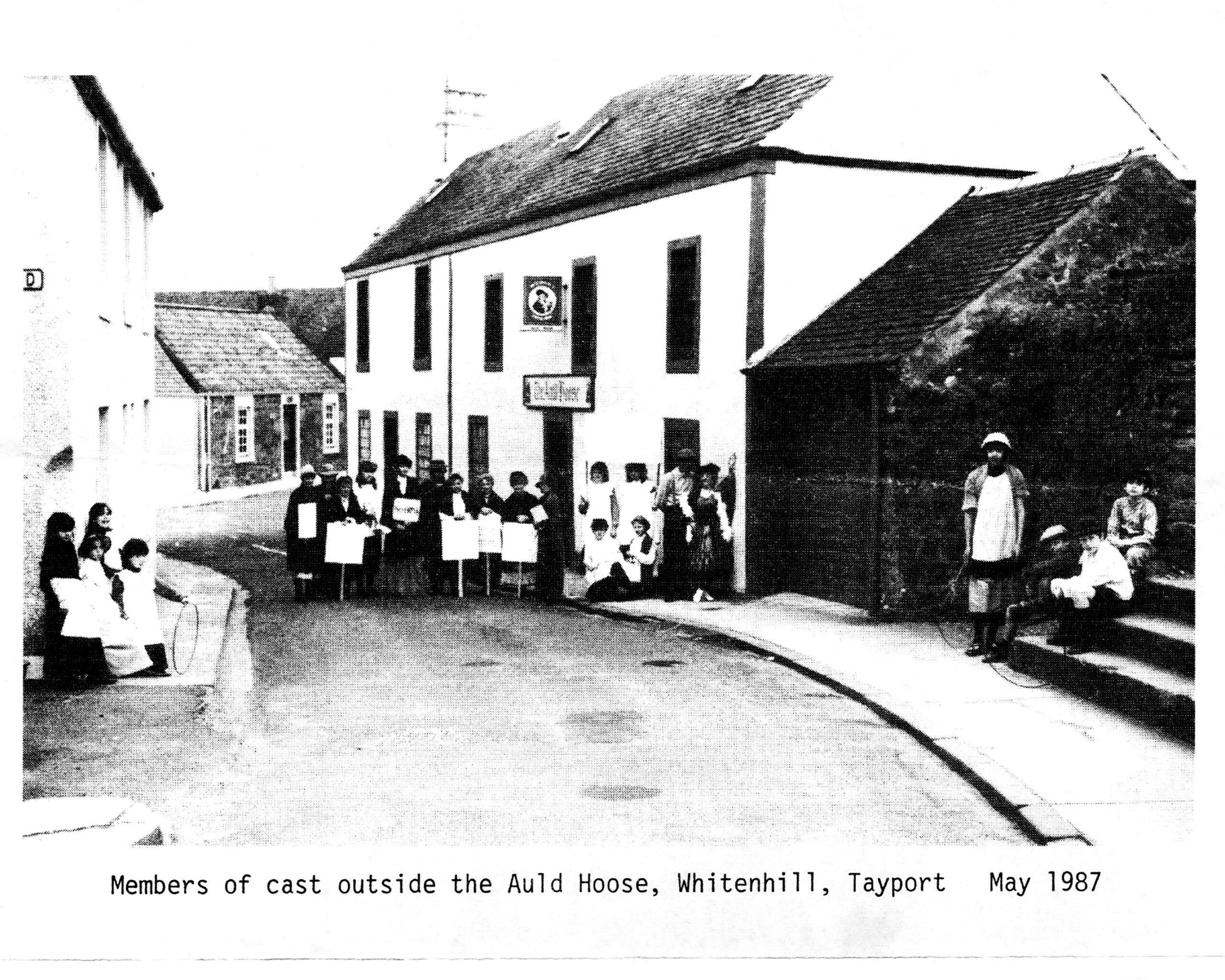 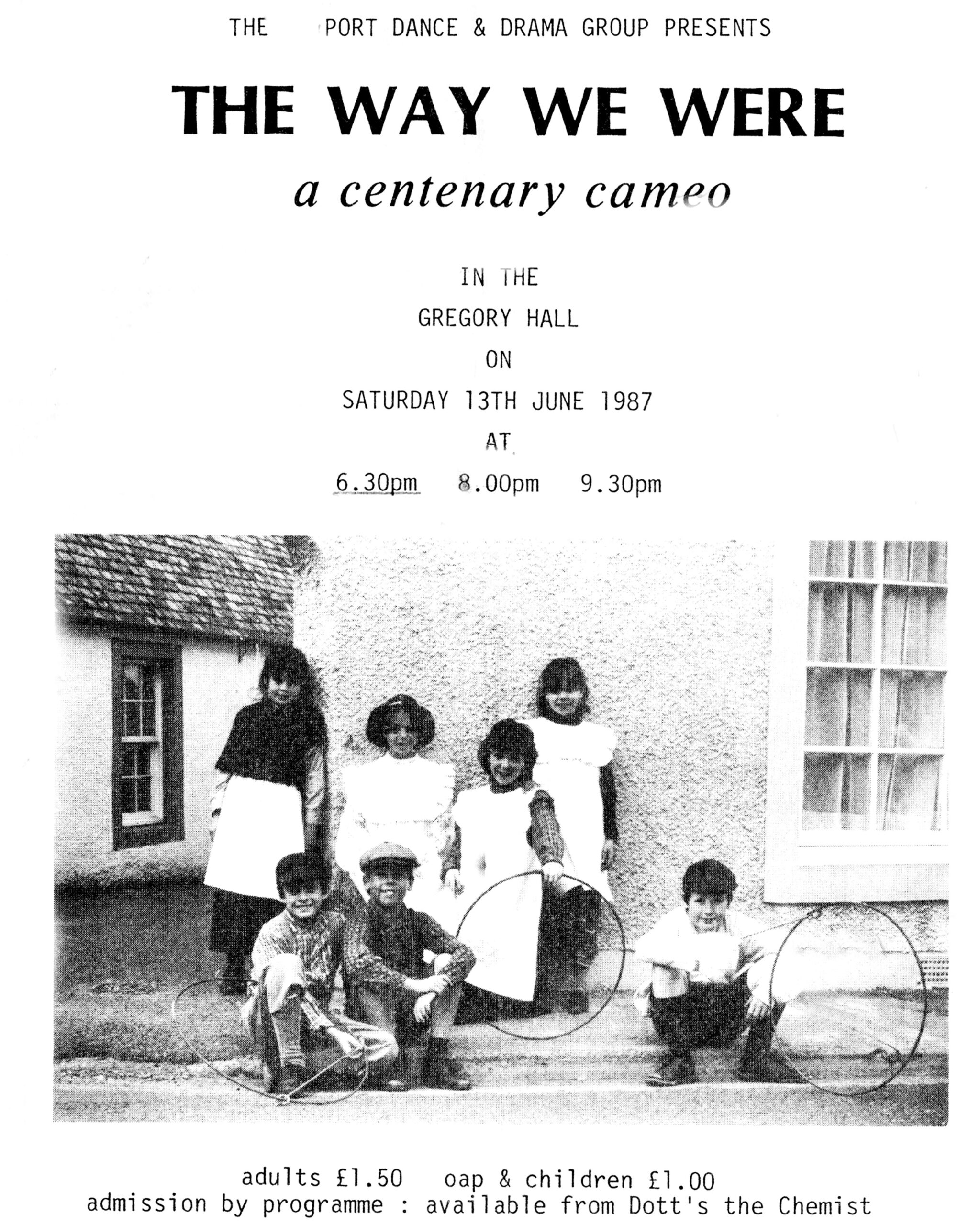 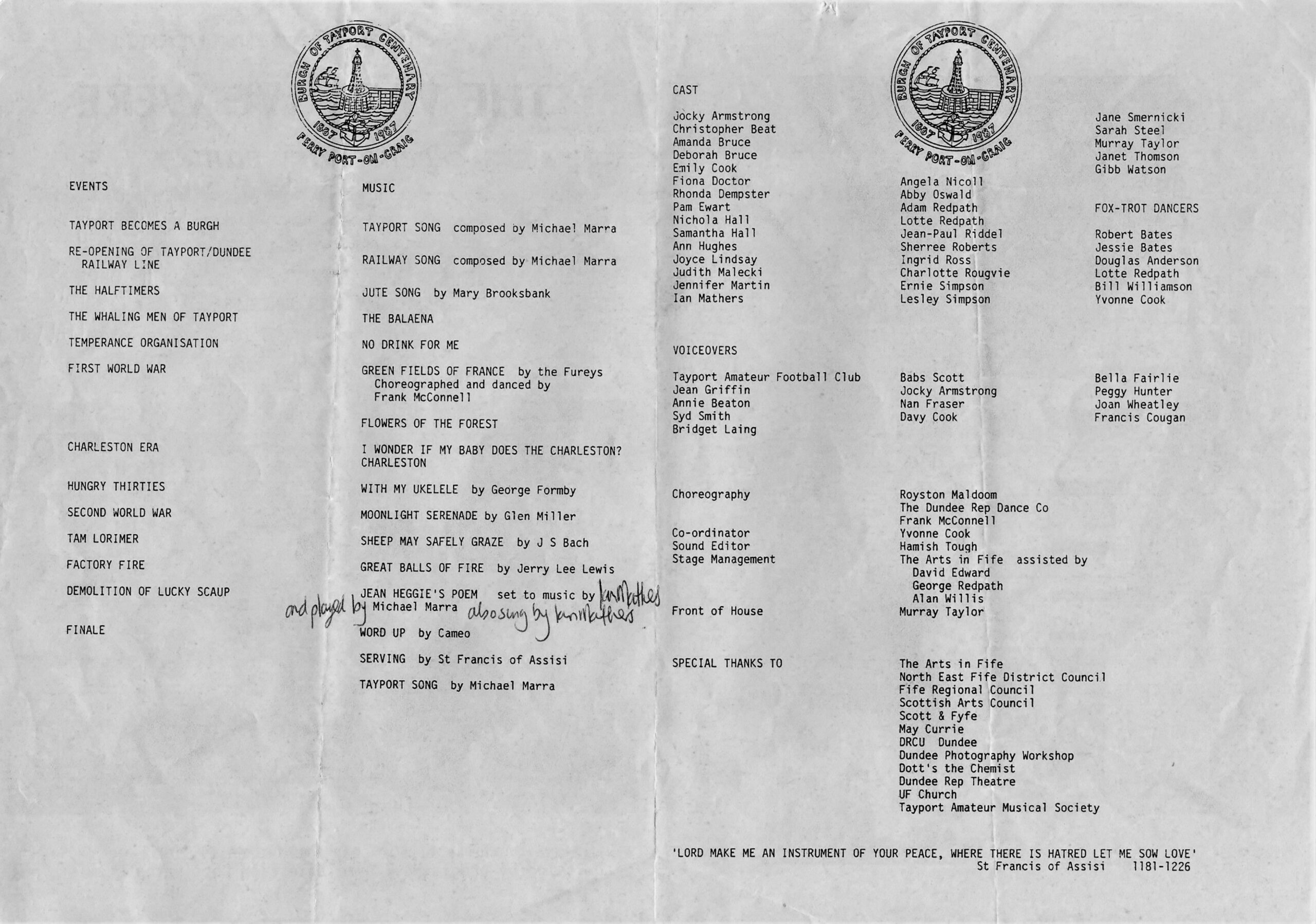 Improvements were required for the significant industrial growth which followed the arrival of the railway in 1848, which also coincided with the General Post Office constituting  Ferry-Port-on-Craig as a Post Town. The growth in population also placed great demands upon the infrastructure of the old town. The newly formed Town Council set about transforming the public utility of the burgh and by 1890 had brought a water supply from over the river via the Tay Rail Bridge as well as completing a drainage system for the town. The Sheriff in Cupar granted a transfer of maintenance powers from the St. Andrews District Road Board and the concreting of footpaths began in 1892. This, along with the widening of some of the narrow old ferry town streets, reduced the frequent disagreements in Tay Street between carters trying to pass each other through the narrow muddy confines. 1909 saw both the infectious disease hospital open near St. Michaels and the Council’s purchase of the private Gas Works, which resulted in extensive improvements of both the street mains distribution and street lighting  system. 1911 saw the footbridge removed at the west end of the Mill Dam and that section was filled-in to enable the completion of Ogilvy Street. It was 1929, however before electric current was first made available. 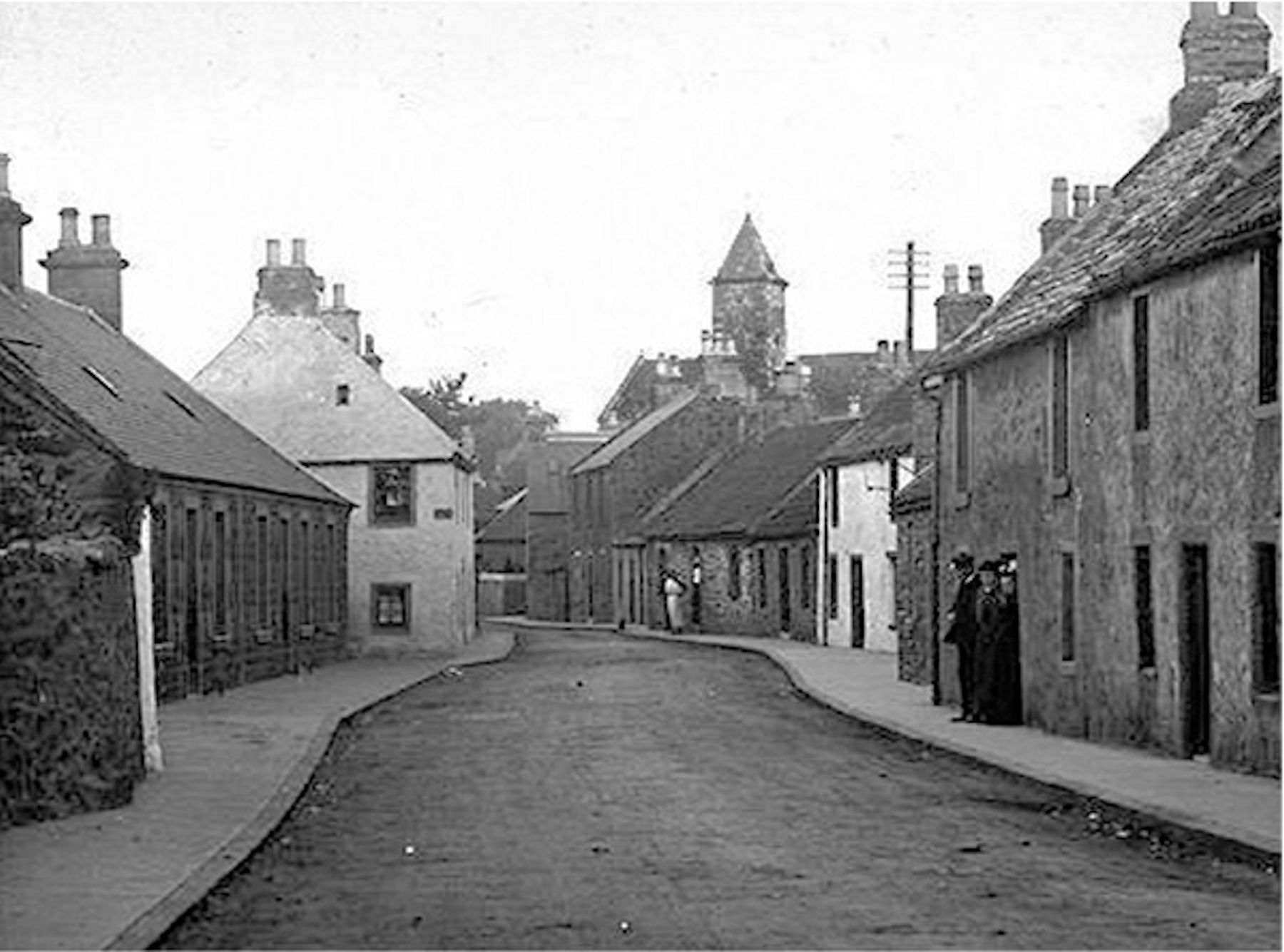 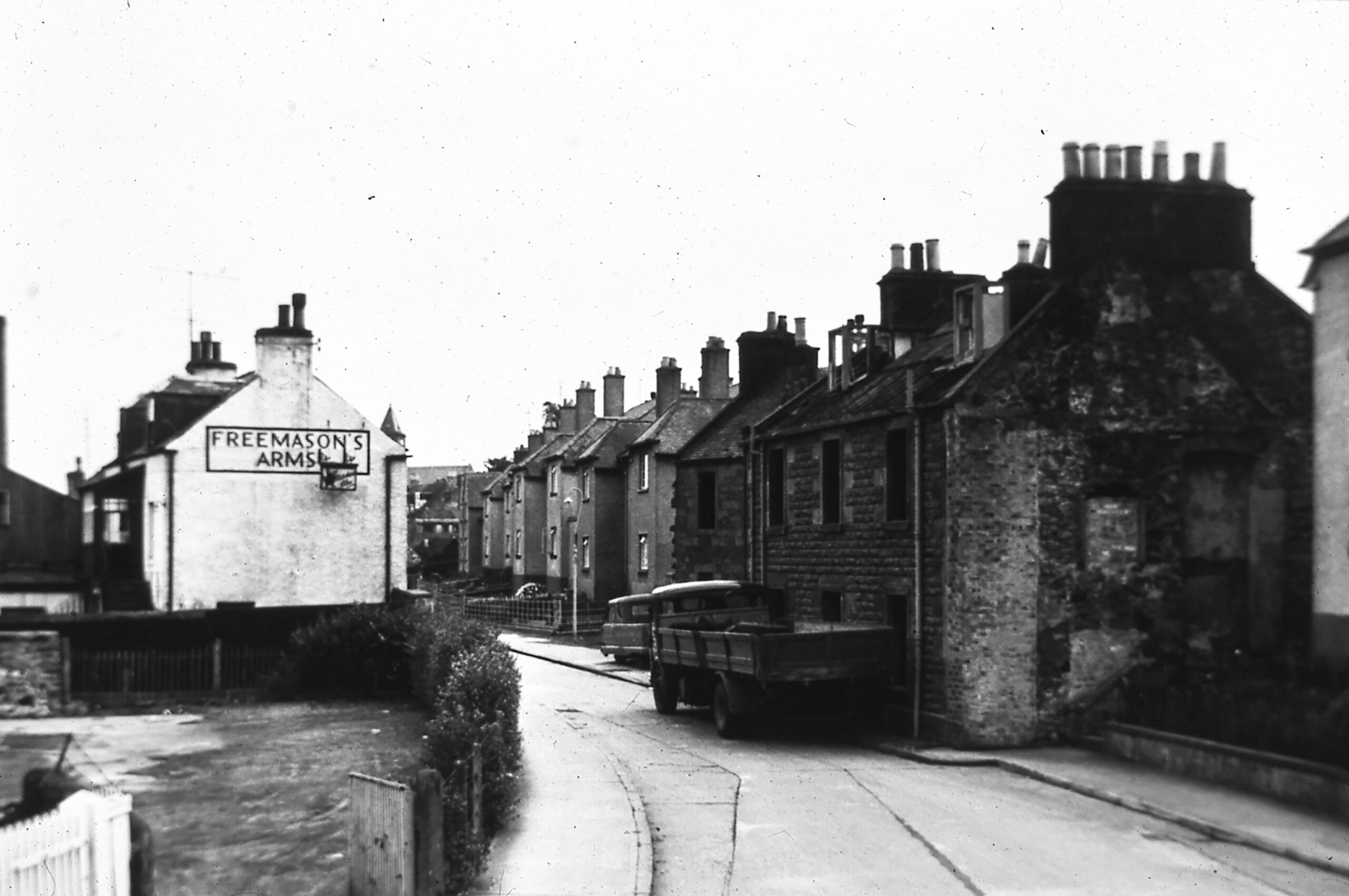 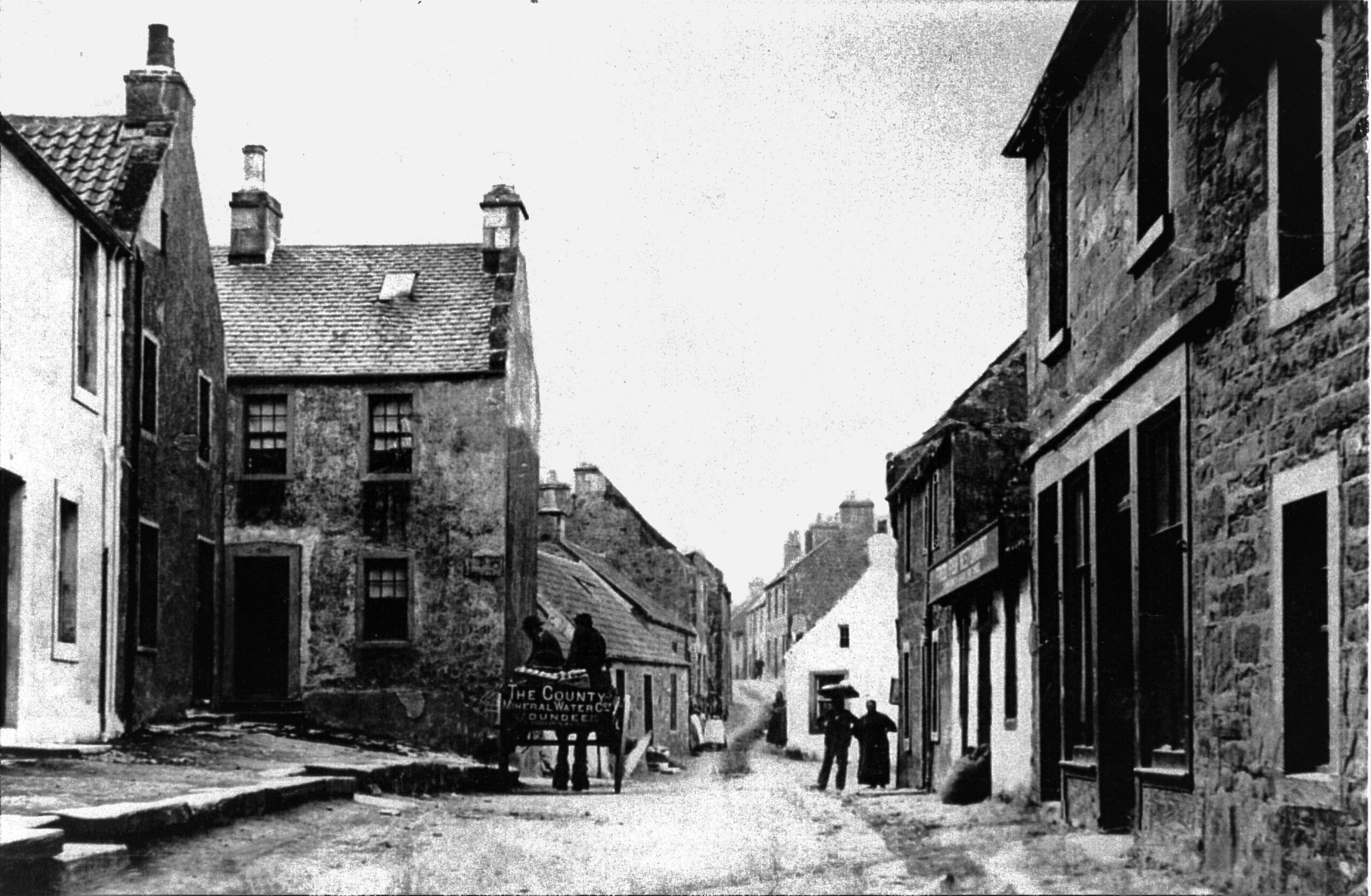 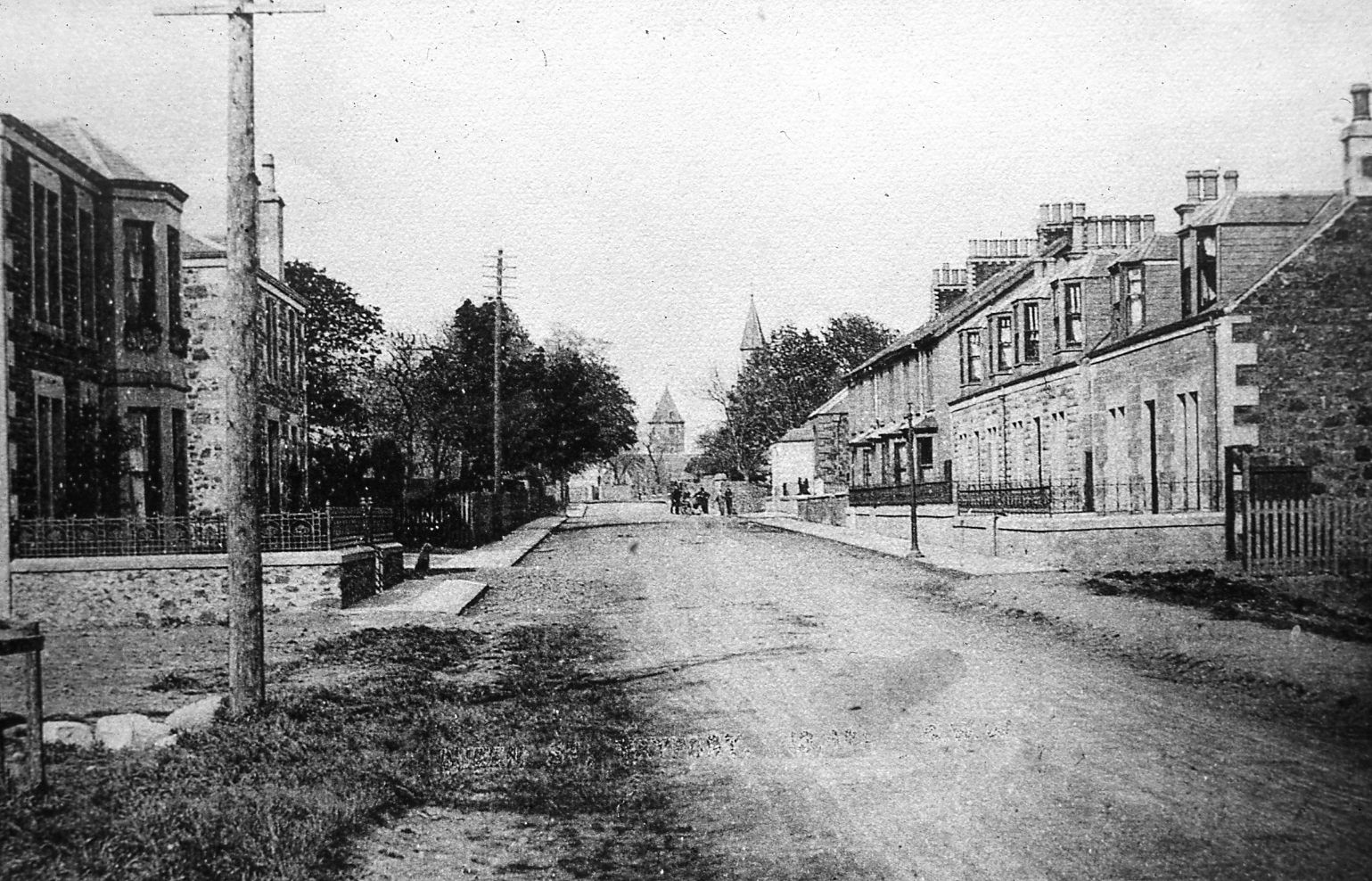 A growing population of 3,740 in 2018 had brought significant change to both the layout and character of the town over the years. The 1919 Addison Act resulted in Tayport Town Council building some 260 houses from 1921-1952 which significantly improved living conditions for many families. This also brought major physical changes in both the Tay Street and Dalgleish Street areas of the old Ferry Town and also extension on to the fields of both the Glebe Lands and Banknowe areas in the east. These trends  continued with further changes to the town itself when the railway station closed in 1966 along with the redevelopment of the former industrial areas of Mill Lane, Tay Street and the former sawmill area. Further expansion into the adjoining countryside has also taken place at Scott Crescent and Sandyhill. Significant industrial changes since the railway closure have included demolition of the two foundries, sawmill and factory, with subsequent changes in the nature of local employment through the establishment of several successful manufacturing businesses. 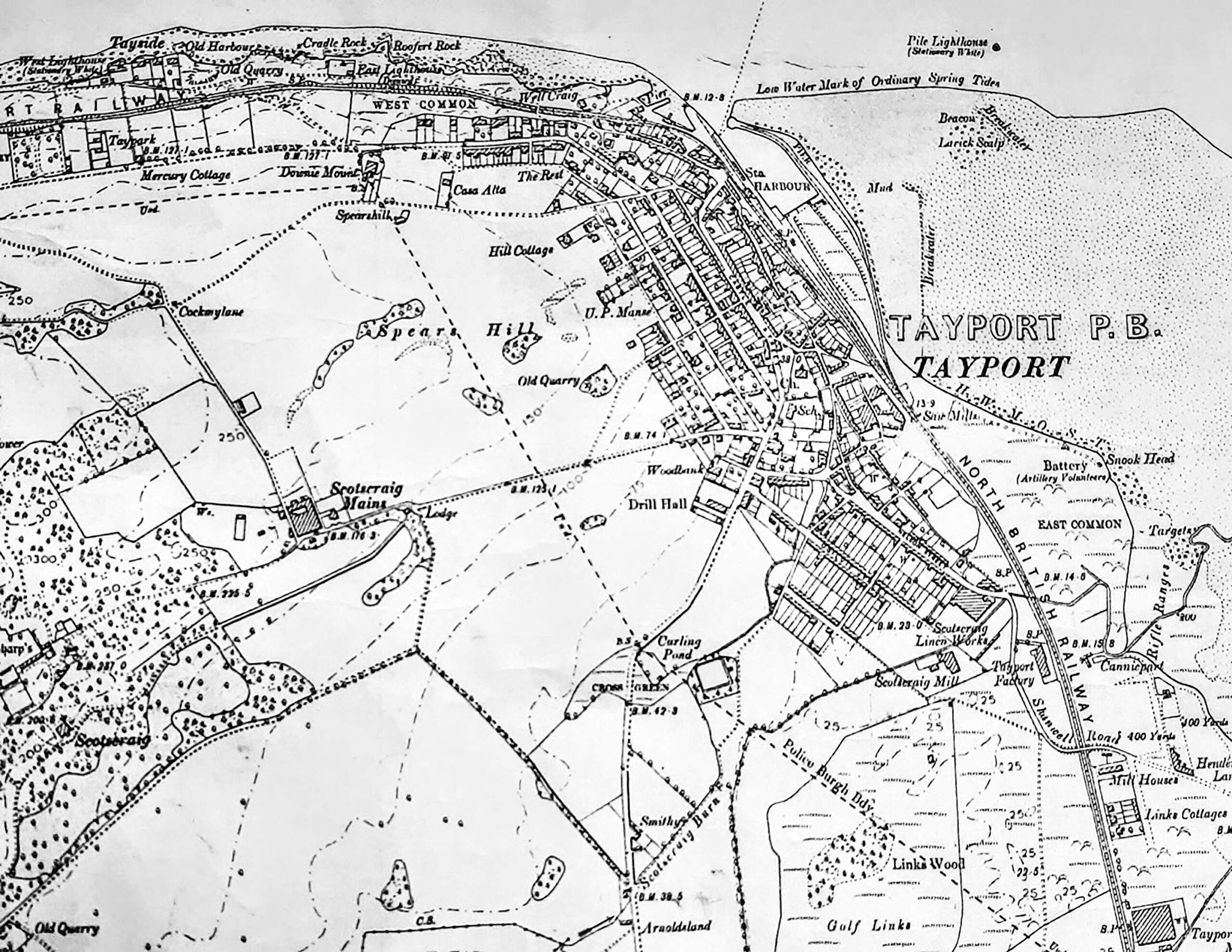 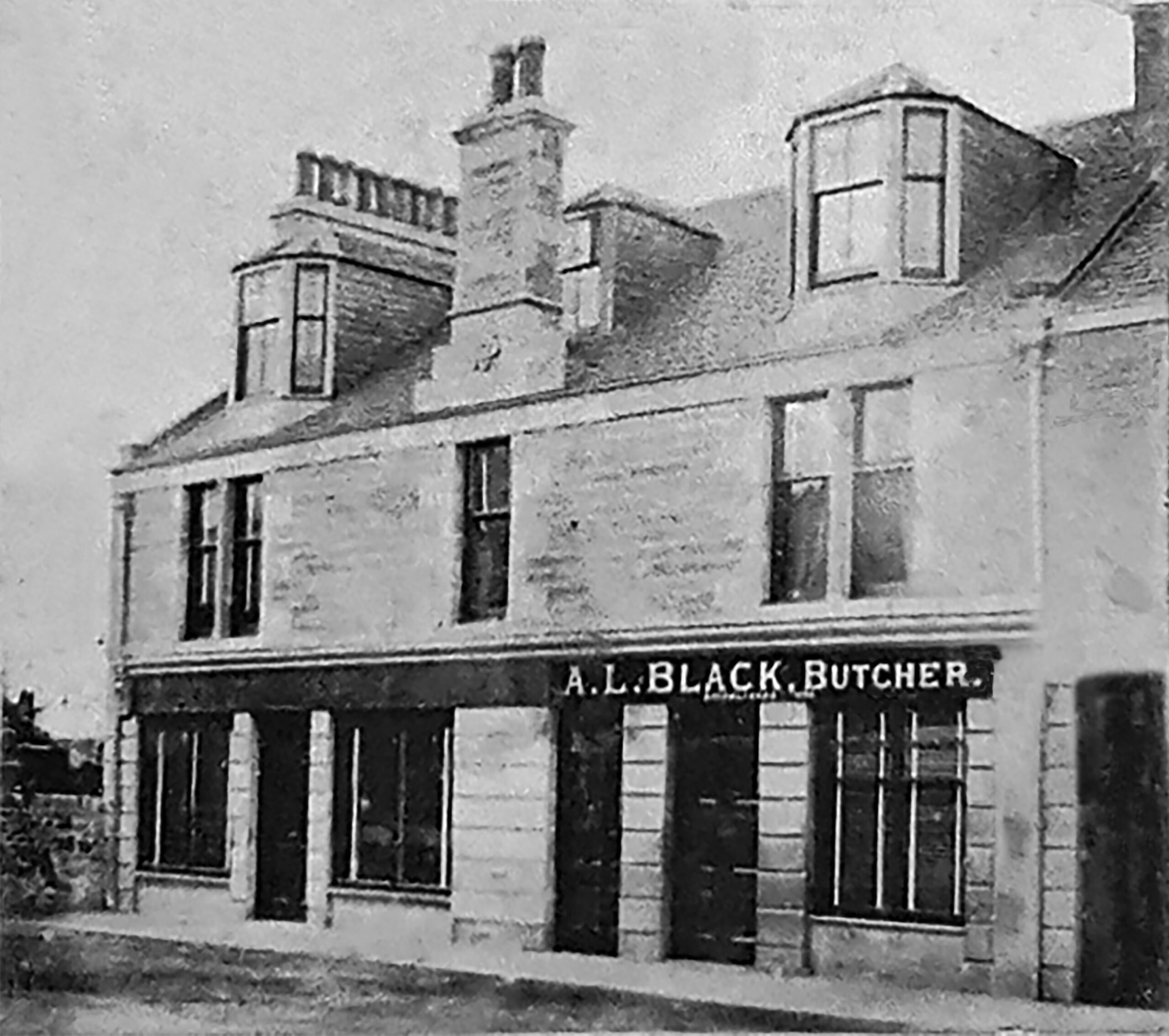 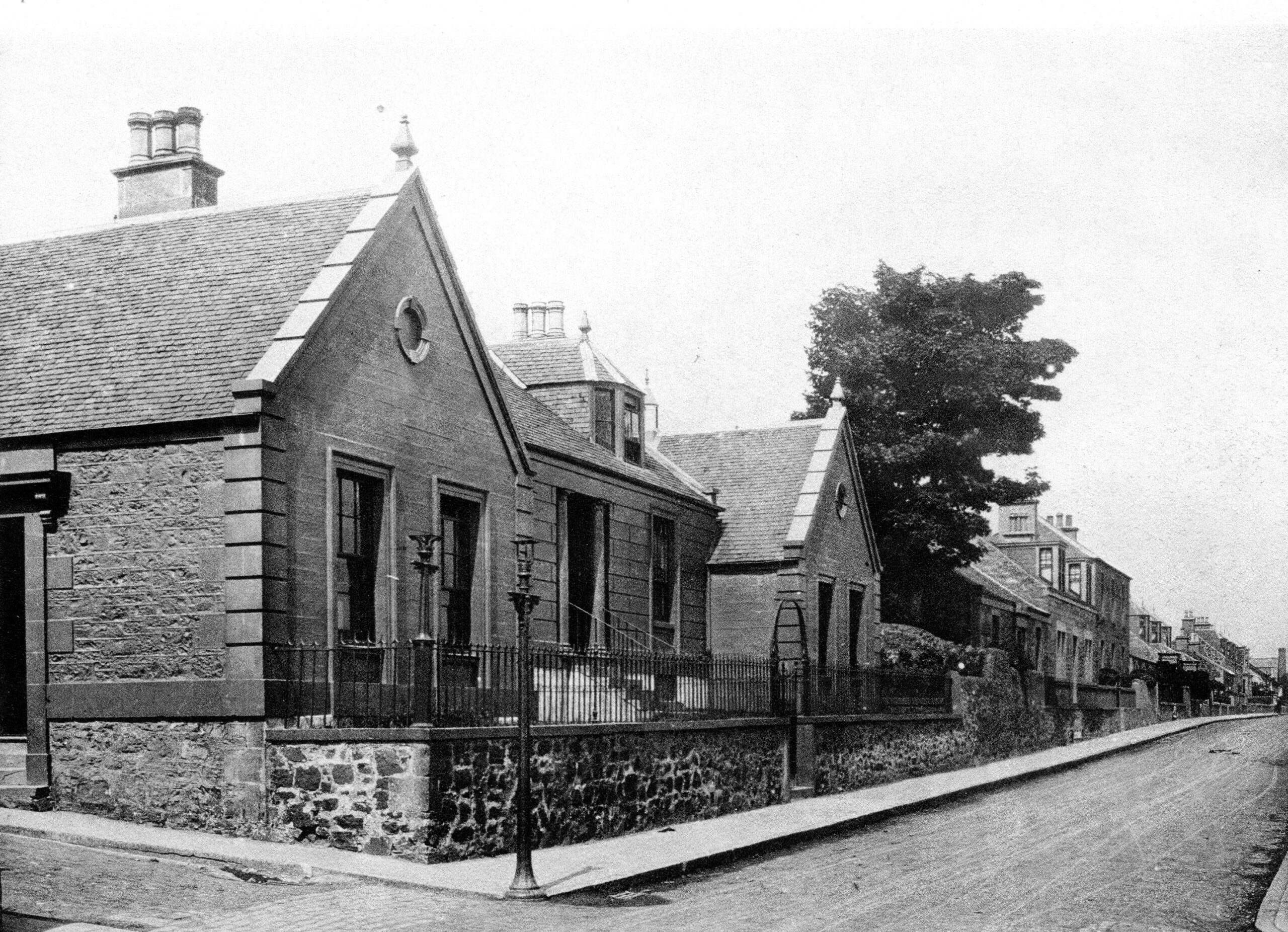 The building was converted from the ‘Kilronan’ private residence in November 1952, to allow transfer of the Council Offices from the William Street premises they had occupied since the relocation from their original base in Castle Street in 1899. It remains the meeting place of the Community Council and also hosts the library. Whilst the layout of the former Burgh Court Room, within the Chambers remains unchanged from the date of its closure, further changes to the Criminal Justice System in 2007 have seen the local Sheriff & Justice of the Peace Court business now called in Dundee, following the closure of the Cupar Court in May 2014. The Temperance Hall built in 1877, continued to be the main civic and social venue when established as the Town Hall in 1950. The hall was further renamed the Gregory Hall following refurbishment in 1970s funded by the  legacy of James Gregory, Provost in 1935-38. 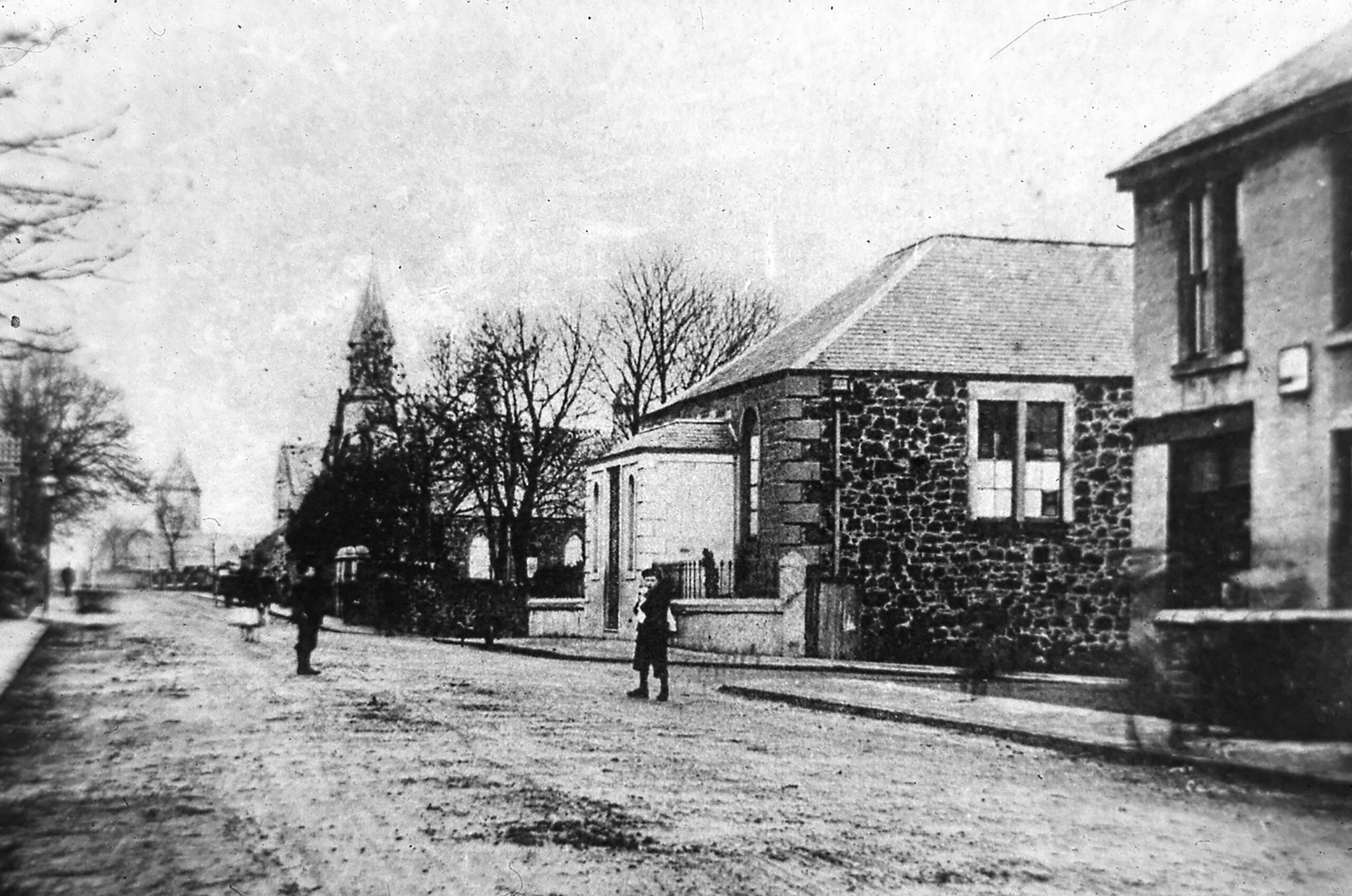 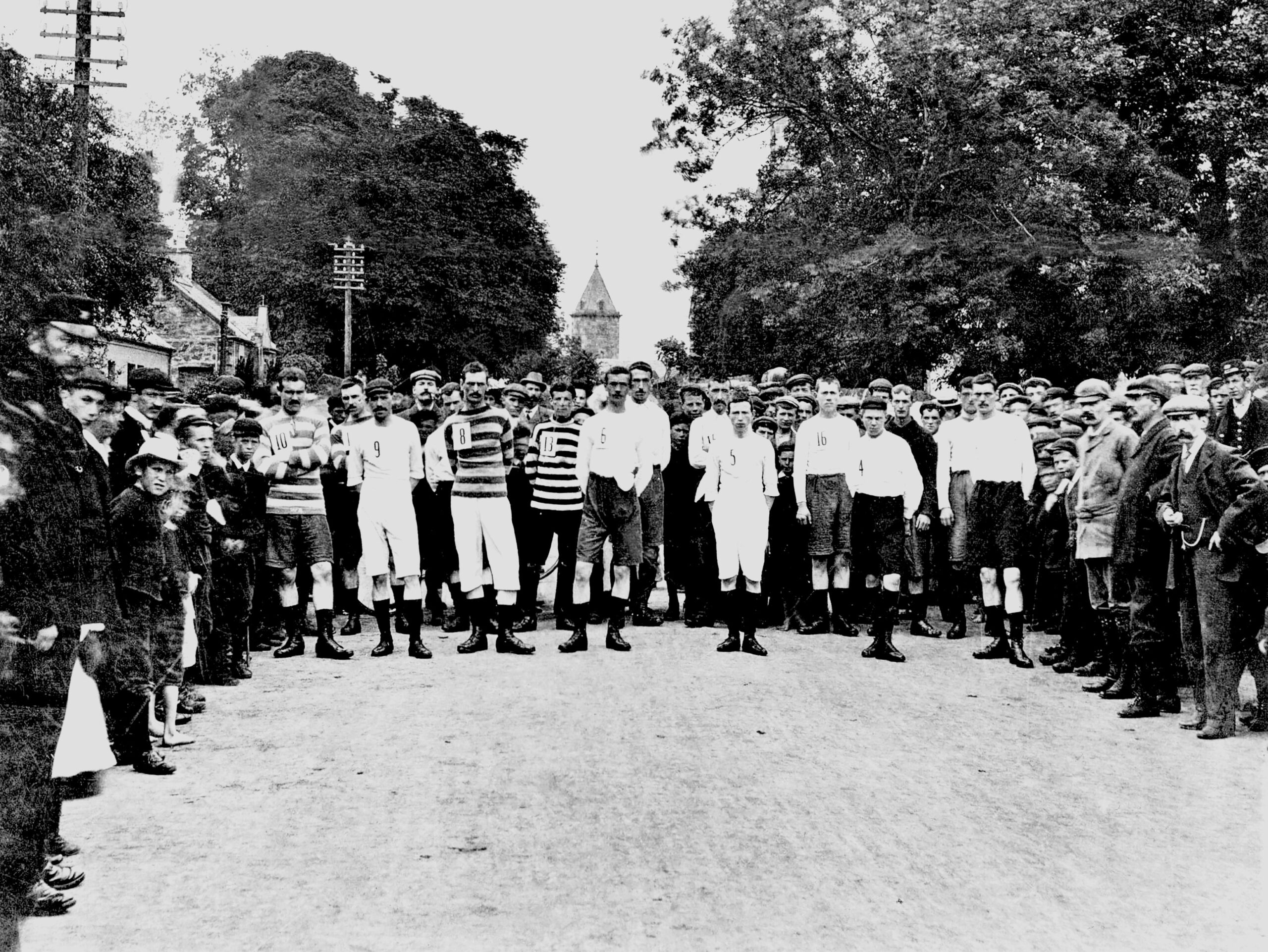 Start of 1904 walking race from Queen Street to Leuchars

It is not uncommon for several generations of a family involvement in the civic, social and cultural areas of community life and this  has been a major contributor to the development of the Tayport sense of community. One such family were the Simpsons whose role as town clerk spanned three successive generations. J Gordon Simpson, born in Tayport in 1882, was not only probably the greatest golfer that Tayport has produced but he was part of a civic dynasty that extended for 50 years in the first half of the 20th century. He was a member of Scotscraig Golf Club from the age of 12, reached the last eight of the British Amateur Golf Championship on three occasions, played eight times for Scotland v England and also played for Great Britain against the USA. A member of the R & A from 1920, he won their gold medal for four successive years. His father, John Simpson, had been the Tayport Burgh Council’s Town Clerk since 1907 and following his resignation through ill health in 1912, J Gordon, who had graduated MA at University of St Andrews and LLB at University of Edinburgh, seamlessly succeeded his father into the post.

J Gordon would oversee Tayport’s municipal affairs through two world wars and a period of significant housing development, until his death in post in 1946 when in turn he was succeeded as Town Clerk by his son John Graeme Simpson.  J Gordon also had family connections with another prominent Tayport citizen when in 1911 he married Henrietta, a daughter of Captain Harry Mackay. Captain Mackay, who died at his Linksfield home in 1925, was the renowned Arctic Whaler Captain who skippered the Terra Nova on her journey to the Antarctic in 1904 to rescue Captain Scott’s ship, the Discovery which had been trapped in pack ice. Utilising skills honed in the Arctic, Mackay’s men blasted a passage through the ice to successfully free the explorer’s ship. 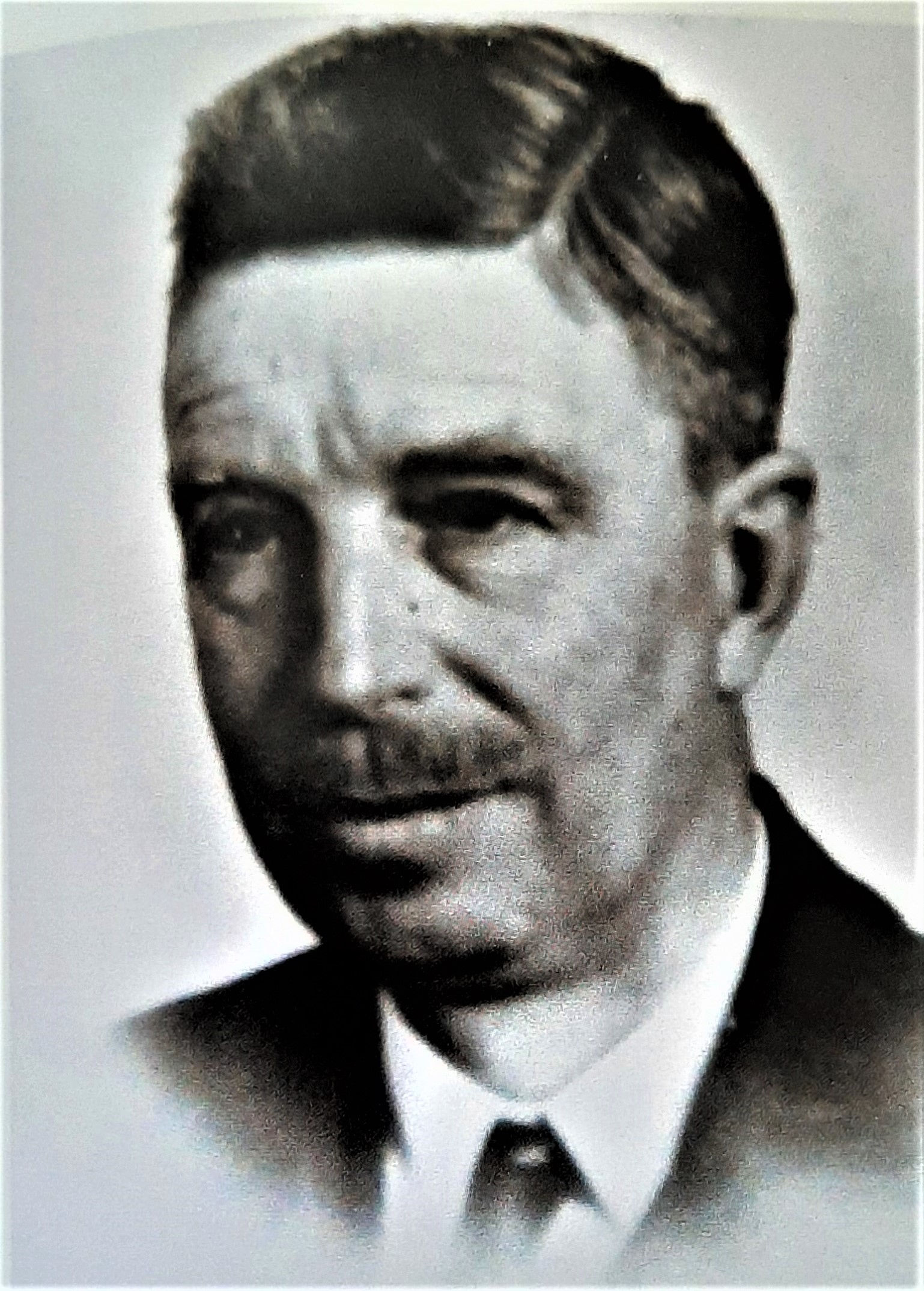