Navigation of the entrance to the River Tay has always proved challenging under certain prevailing conditions. The Fraternity of Masters and Seamen of Dundee was originally responsible for lighting and buoying on the Tay in return for 12 pennies Scots on each ton of all ships entering the Tay. The two lighthouses on Buddon Ness were first lit in 1867 and decommissioned in 1943.   On the south side, The Craig West Light remains a key navigational aid for the  shipping channel whilst the East Light built in 1823 was superseded by the Pile Light constructed in 1846. The Pile Light was serviced from the harbour and manned until 1965. 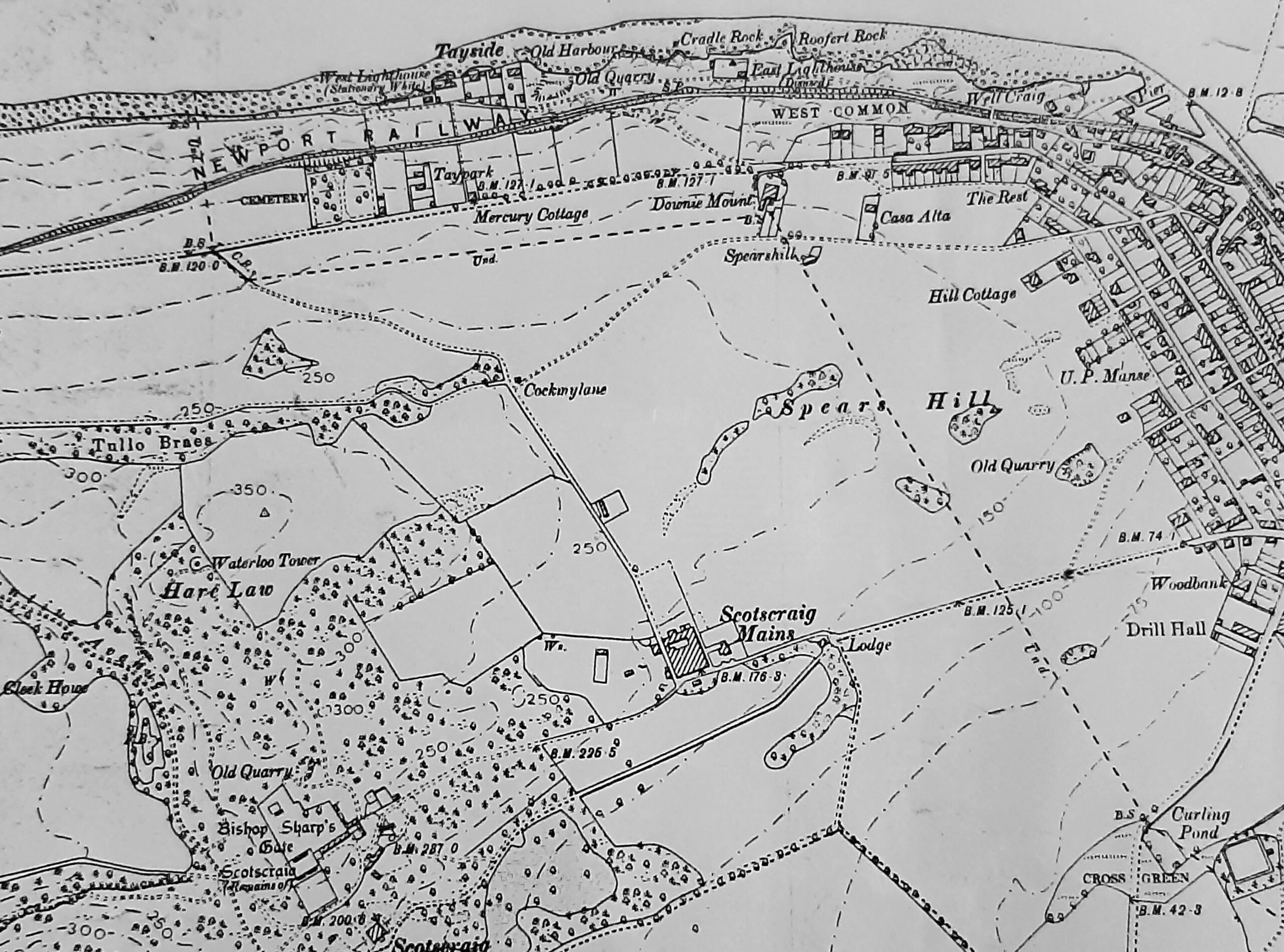 Historically afforded the best and most secure anchorage in the River Tay for vessels, whether those belonging to the Port of Dundee lying wind bound or those belonging to other ports driven in by stress of weather.   In June 1844 (i.e. pre railway harbour) a ship called the ‘Prince of Wales’ arrived in the Ferry-Port-on-Craig roadstead. Part of the cargo was transhipped in the roadstead and taken ashore to Ferry-Port-on-Craig, where Harbour Dues were charged by W.S. Dougall, proprietor of Scotscraig Estate. Scotscraig’s right to charge Harbour Dues was challenged by Dundee Harbour Trust but the House of Lords ruled that “the Dundee Harbour Trustees had no right to levy tolls in the harbour of Ferry-Port-on-Craig upon ships loading and unloading there” . 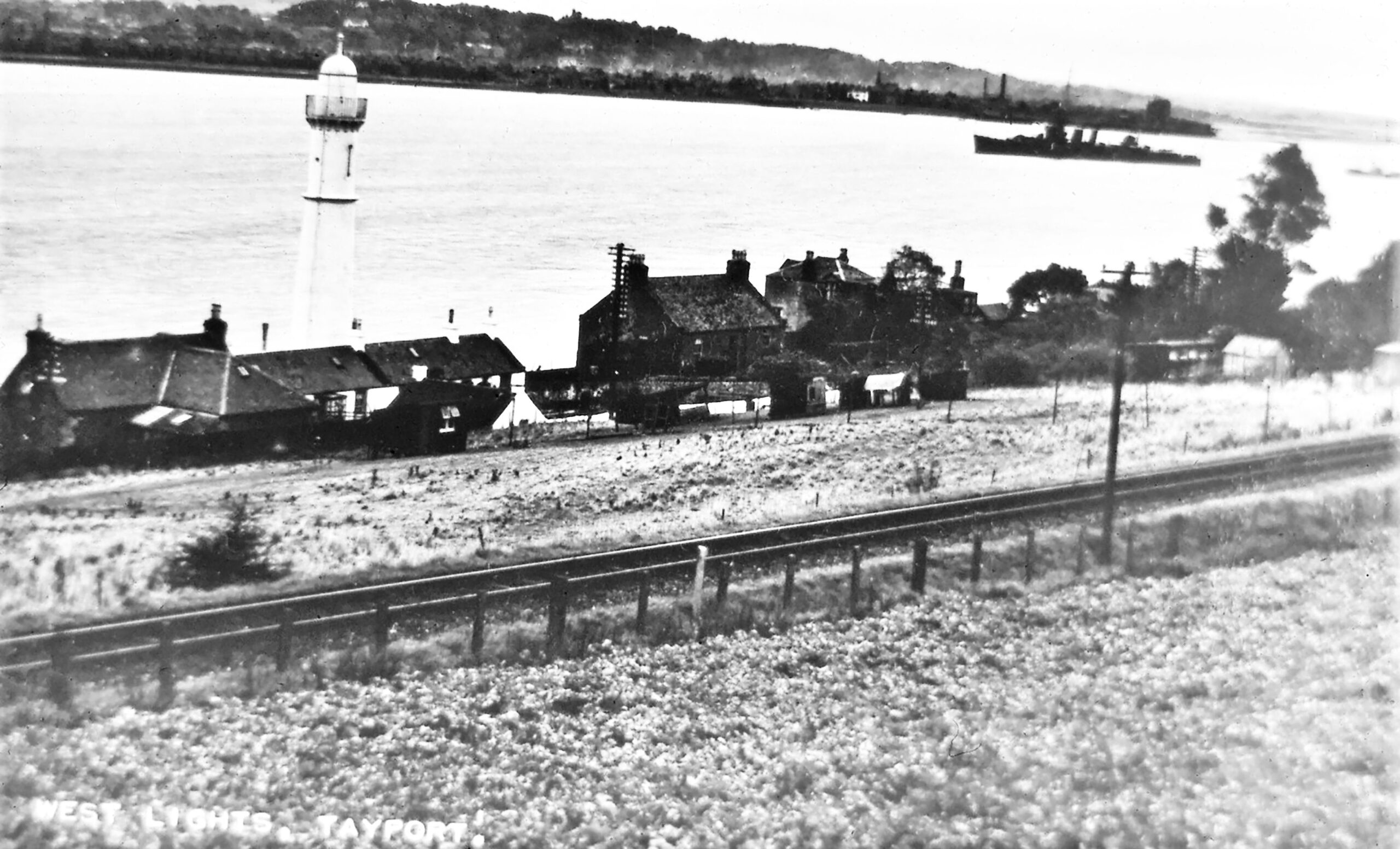 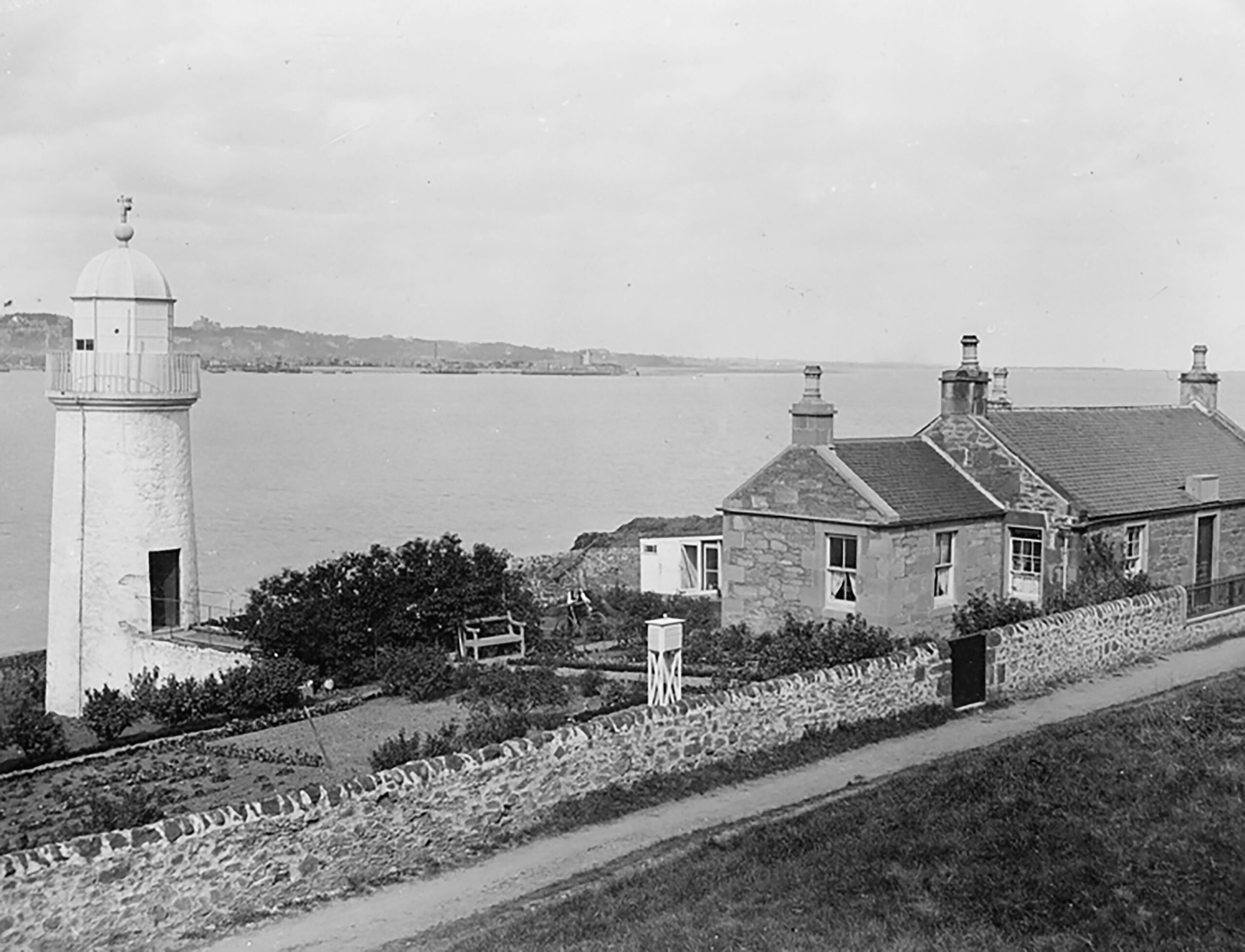 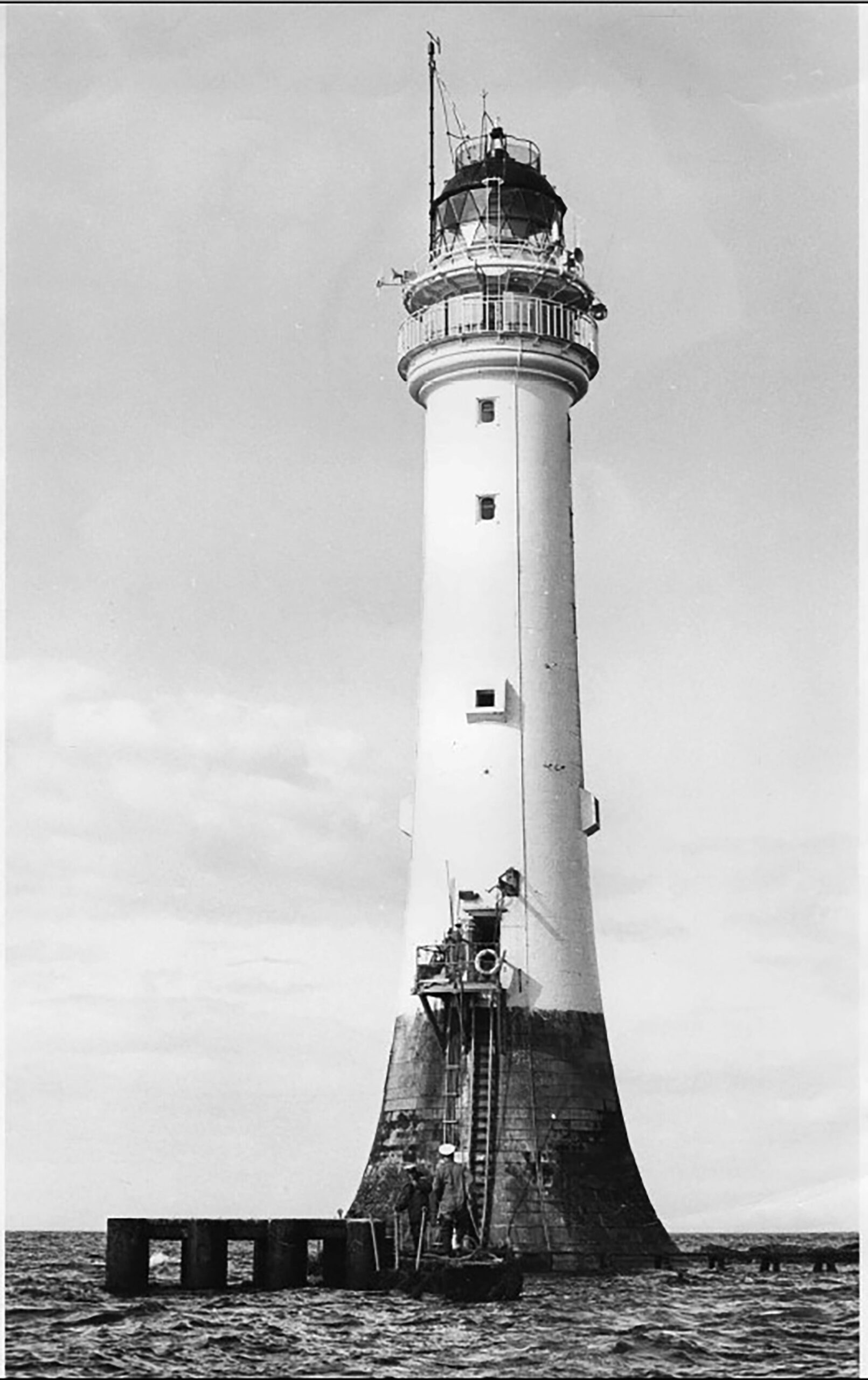 The lighthouse is located on the Inchcape Reef and can be readily viewed on the east horizon in the sunshine, some 19 miles distant. The Inchcape Reef has represented a major hazard to shipping at the entrance to the River Tay over the centuries. Legend has it that a warning bell placed on the reef in medieval times by the Abbot of Arbroath, was believed stolen by a pirate who subsequently was himself shipwrecked on the rock. By the early 1800s the growth of maritime traffic saw an average of 6 shipwrecks a year on the rock, including the 64 gun HMS York  in 1803 from which there were no survivors.   The construction of the lighthouse commenced in 1807 under engineer Robert Stevenson and was operational from 1811. The Lighthouse tower which stands 35m tall, was automated in 1988 and is the oldest surviving sea washed lighthouse in the world. When the light was turned off in World War I, a request permission was required to get it activated. The request procedures proved inadequate as the 10,850 ton cruiser HMS Argyll was unaware the lighthouse had no radio and in the early hours of 28 October 1915 it crashed into the reef. All the crew were rescued by destroyers HMS Hornet and HMS Jackal. Argyll’s guns and equipment were recovered not long after by the Navy. In 1979 Alec Crawford of Birkhill, salvaged high quality steel plating from the ship for its recycling value, which was landed at Tayport Harbour. 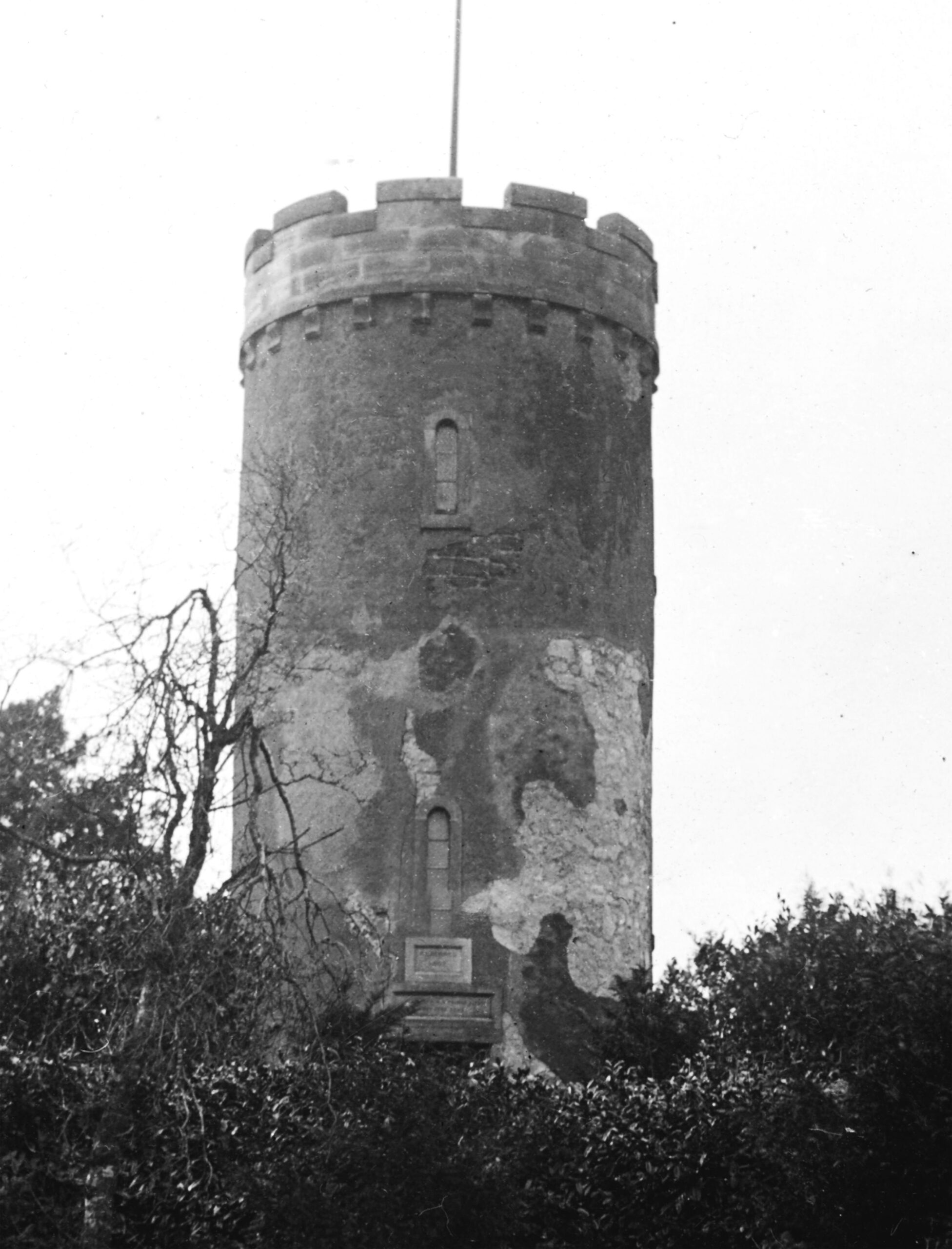 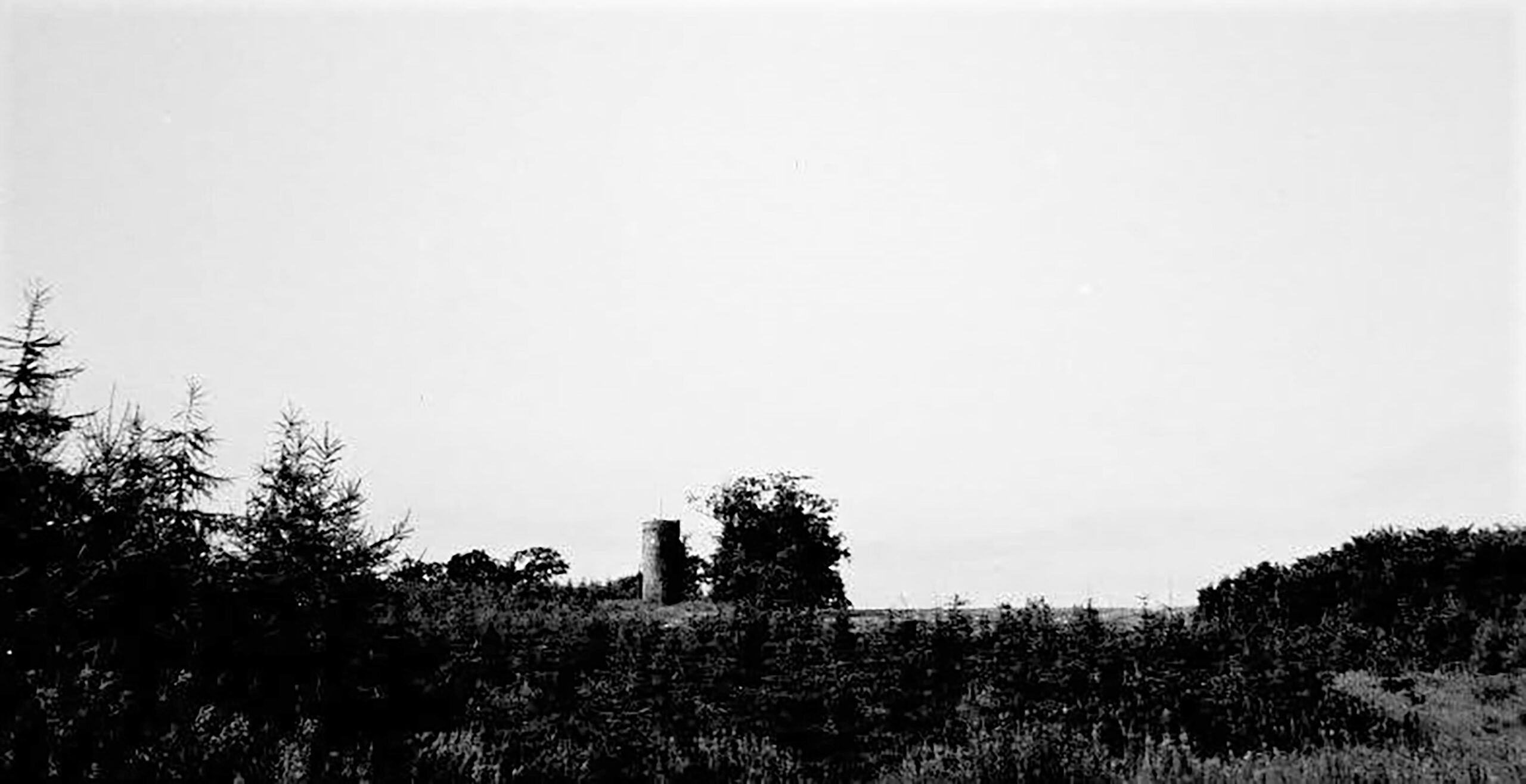 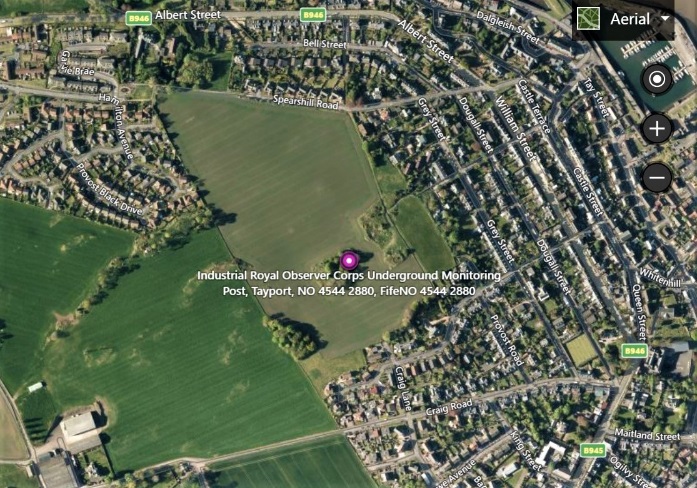 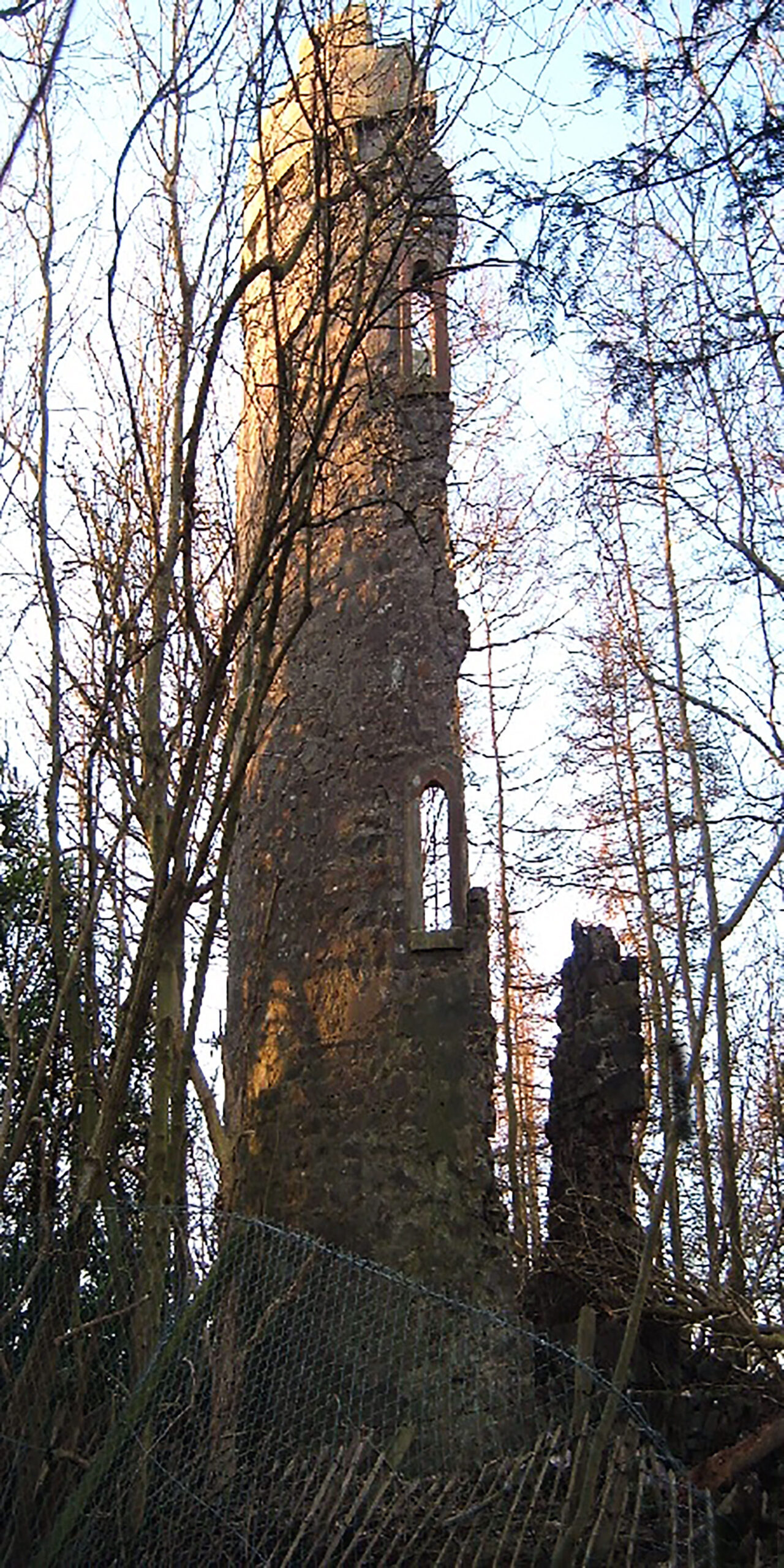 Waterloo Tower is now a dilapidated structure overlooking the River Tay, located midway between Tayport and Newport, situated 350 feet up in the woods of Hare Law on Scotscraig Estate. Previous to the growth of surrounding woodland, this tower afforded a magnificent view of the river entrance and also served as an early landmark to mariners.   According to J.S. Neish’s History of Newport (1890), it had originally been a watch tower which had been restored in 1815 as a memorial to the Battle of Waterloo. The Duke of Edinburgh paid the tower a visit on 30 June 1863, and the event was recorded on a tablet over the door. Local legend surrounds Waterloo Tower in a local ditty, making reference to buried pots of gold as well as the view –  “Here I sit, and here I see, St. Andrews, Broughty, and Dundee, Hidden gold in pots untold, Lie underneath yon tree.” In the immediate vicinity on a knowe to the rear of this panel as indicated by www.archiuk.com  was located an observation post and underground chamber utilising the sweeping panorama. Previous activity in this area is also recorded on www.pastmap.org.uk of both a prehistoric settlement and the WW1 coastal battery defence location of Spearshill Fort, on the higher ridge line area of the Spears hill.

Rock Knowe, a house in nearby Reform Street with a most commanding view over the estuary, was the residence of local industrialist Sir James Scott F.S.A (Scot) JP (1838-1925) whose book the History of Tayport was published posthumously in 1927. He was also Chairman of the East Fife Liberal Association and received frequent visits from Herbert H Asquith M.P. who was Local Member for the East Fife Constituency and also served as Prime Minister from 1908-1916. These visits to Tayport extended over 32 years from 1886 to 1918 and during this time Mr Asquith also served as Home Secretary and Chancellor of the Exchequer. Press reports at the time reflect the national prominence given to Tayport when the numerous speeches he delivered in the town were regularly reported. One of Scotscraig Golf Club’s most valued trophies is the Asquith Lamp presented to the ladies of club in 1906 which is contested annually. In his speech on the opening Scotscraig Golf Club’s bazaar that year, Mr Asquith said, “ladies and gentlemen I am here today primarily and mainly because I take a deep interest in everything which affects the welfare and prosperity of Tayport. Tayport is one of the most active and progressive communities in Fife”. 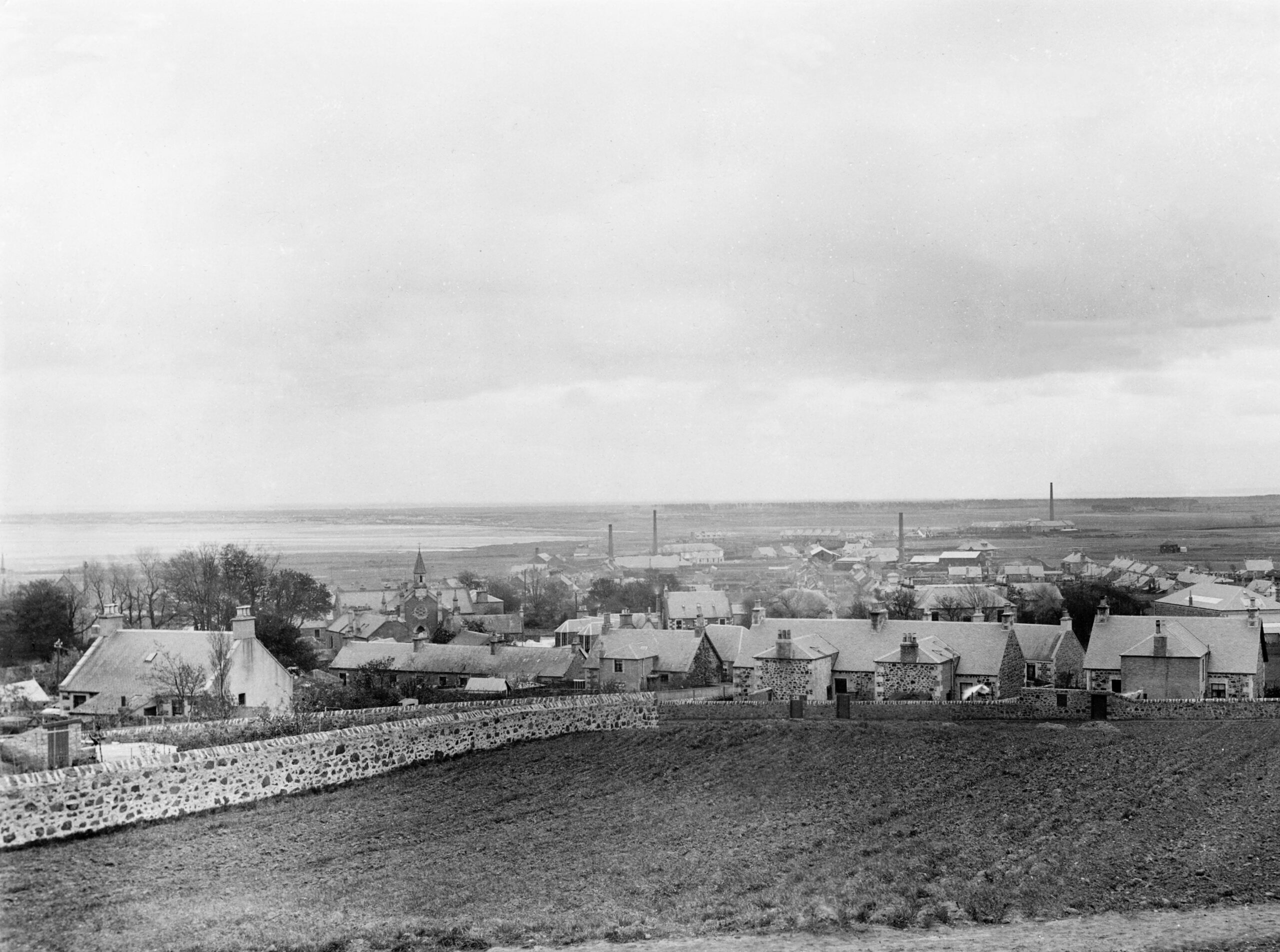 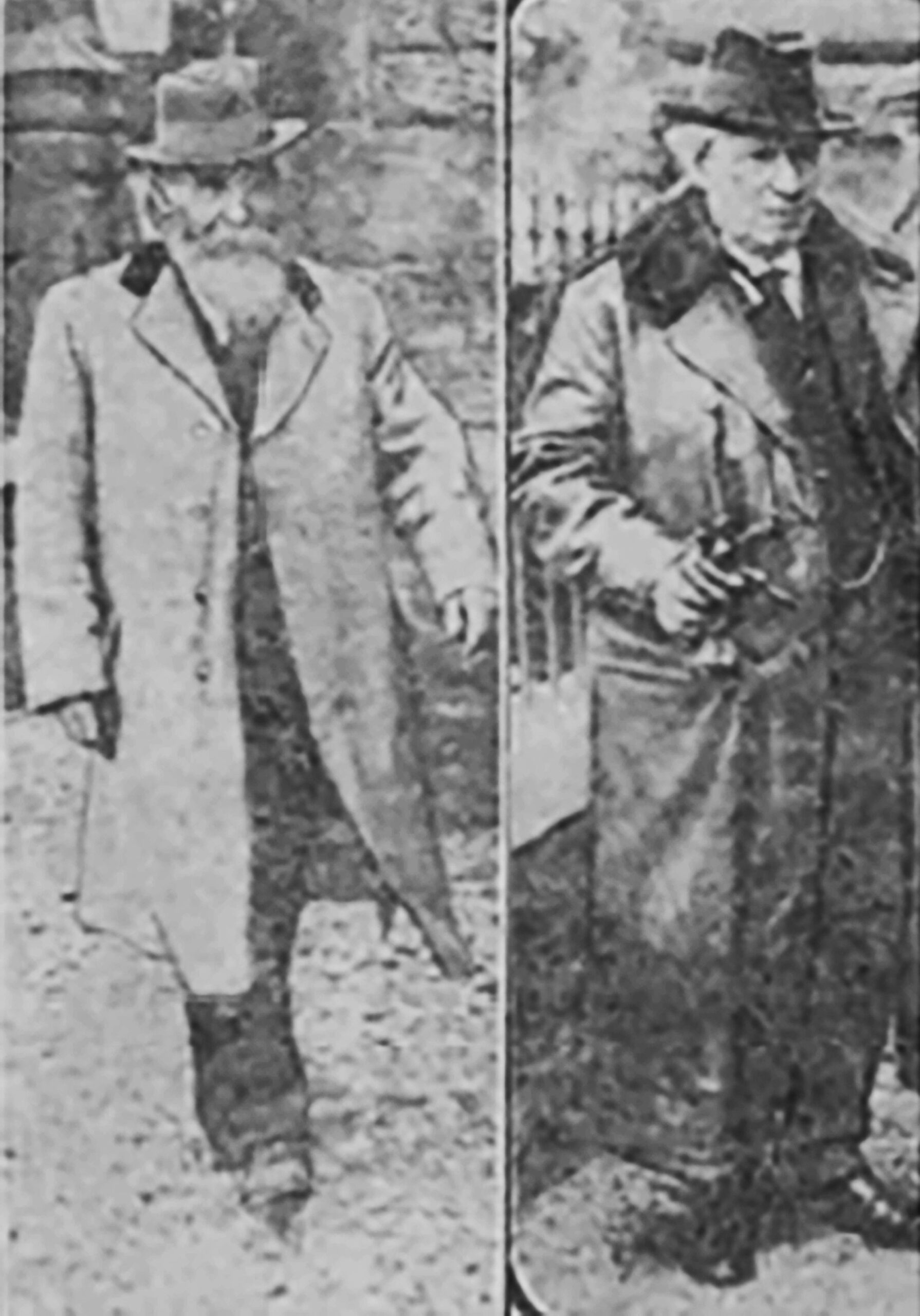