The Castle location on Gibbsland, is marked on Gordon MS Fife (1642) and also clearly located on the Pre-Railway Maps of Hope 1769 as well as the feu plan map of Ferry-Port-on-Craig in the 1830s. Rev. Robert Dalgleish in the 1793 Statistical Account advised “there are several vaults of the castle quite entire.” However Sir James Scott (1927) records that “About the year 1855 the vaulted ground floor and the north-west tower were the only portions remaining, and these were removed by the means of gunpowder.” Claypotts Castle in Broughty Ferry is a well preserved example of a similar Z plan castle design.(see photo)…The Post Railway period OS Map of 1854 also shows the Castle and the Castle Wynd approach path which was subsequently renamed Back Dykes. 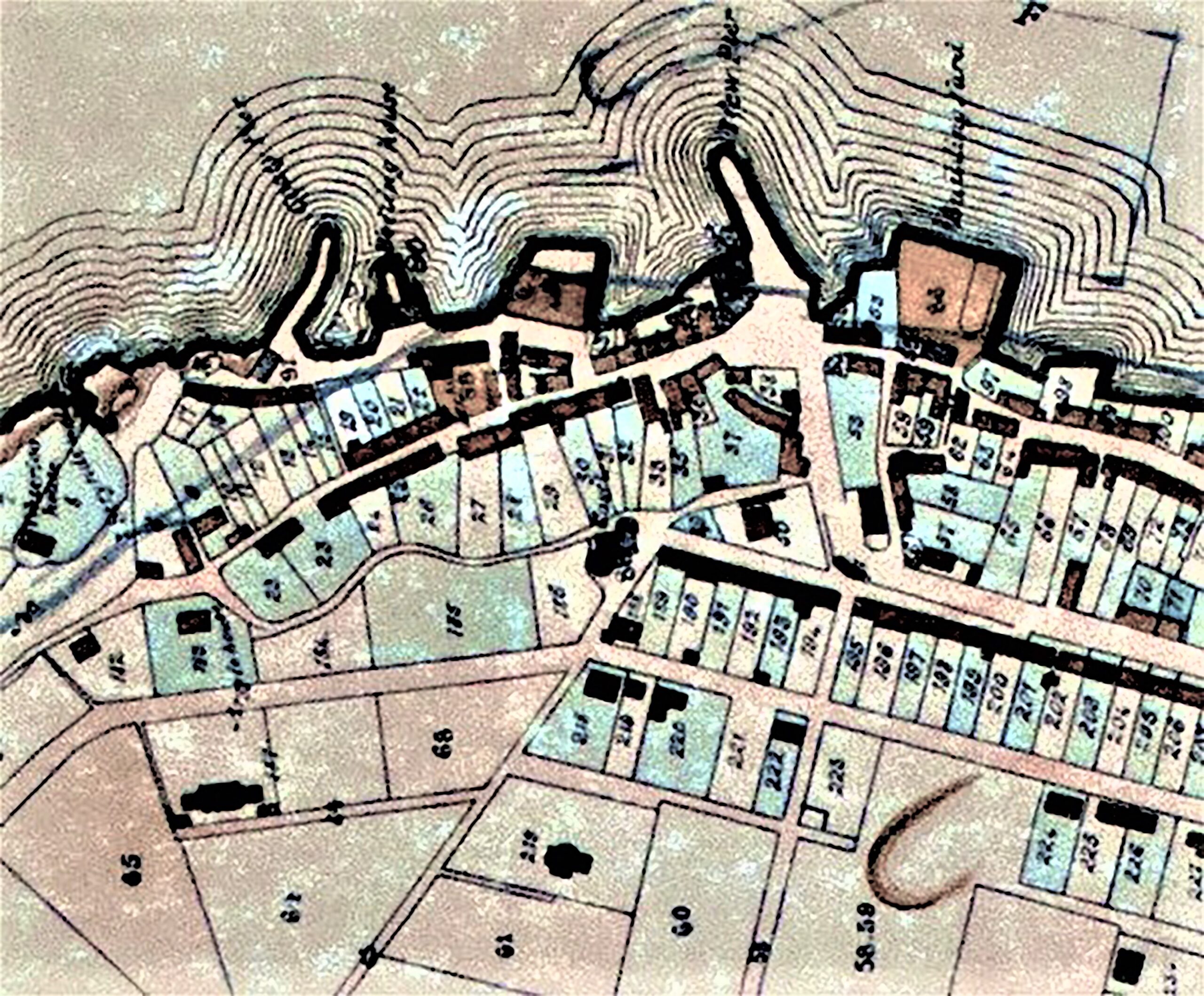 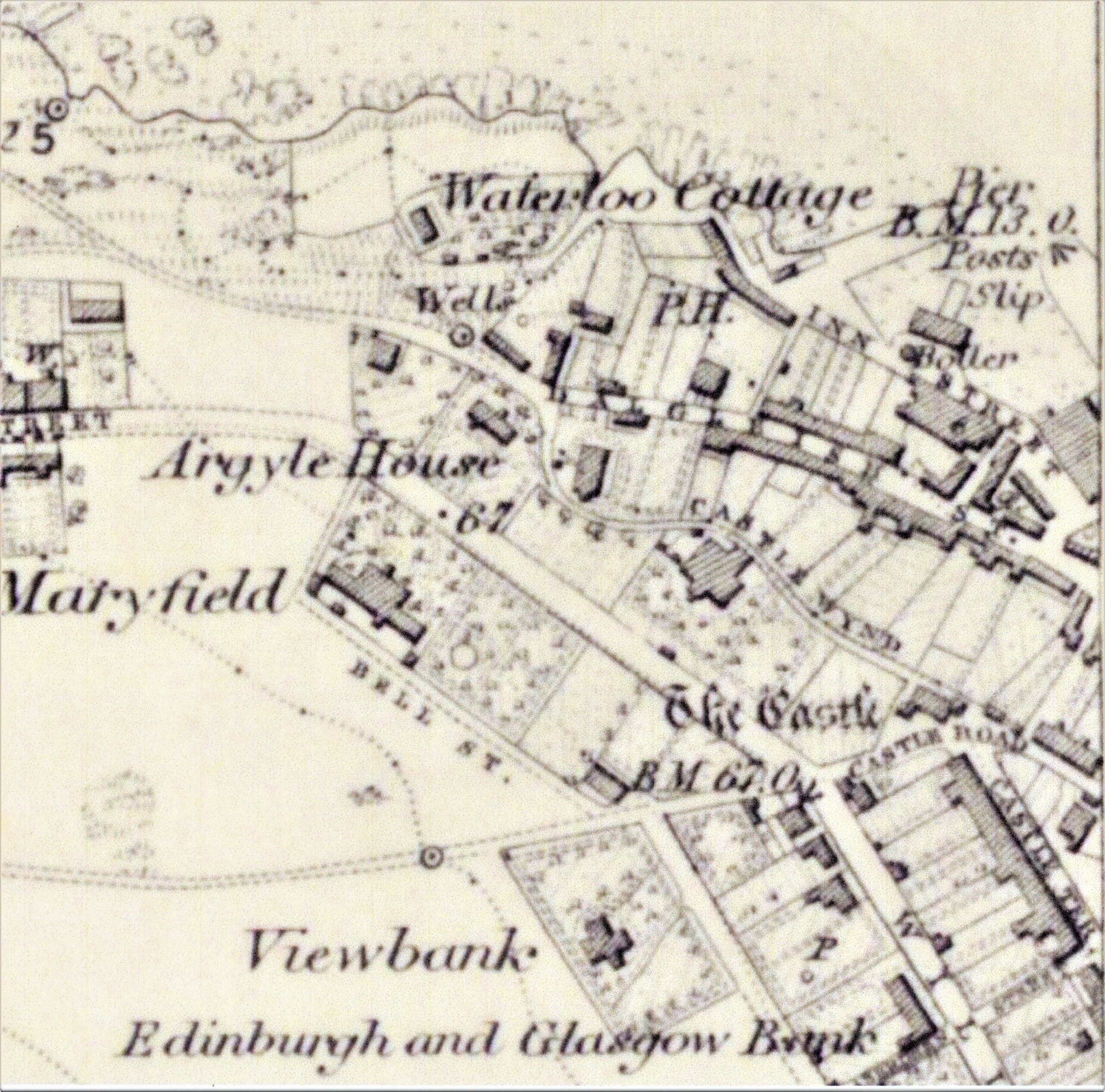 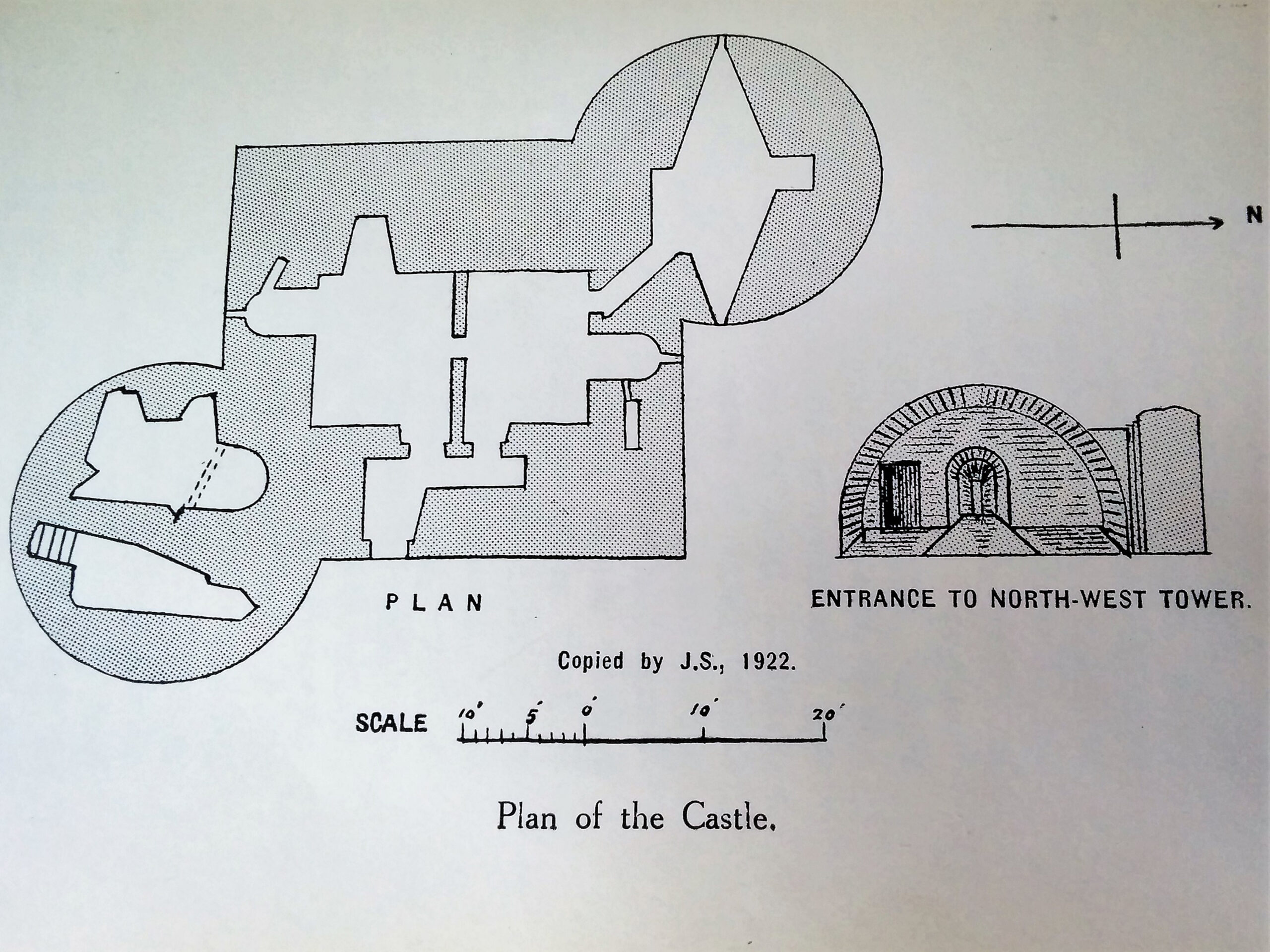 Early history of the castle is not clear although Scott determined from the similarity of features with other fortalices, that circa 1455 was a likely period of construction. A.H.Millar (1895) described Tayport Castle as one of the most massive examples of the Z plan in Scotland. ”The castle was about 40 feet square, with two round towers at the south-east and north-west angles each about 26 feet in diameter. The walls varied from about 7 feet in thickness to 12 feet 6 inches. The entrance doorway, which projected a few inches, was on the east side, and gave access to the two vaults in the main building, and to the north-west tower.” He also advises that in several state documents, dated 1548, references are made to a fortalice built by certain Fife noblemen and gentlemen to guard the ferry, as Broughty was then in possession of the English.  Scott advises that late in 1547, after the battle of Pinkie, part of Somerset’s fleet sailed into the Tay and took possession of Broughty Castle. They pillaged the surrounding countryside and attacked the Abbey of Balmerino.

Simon Taylor (2010) refers to state papers recording Admiral Thomas Wyndham to Protector Somerset “ On the 22nd I went aland on Fife side with 200 men and burned Scotysh Crage …. The country gathered 500 horse and skirmished with us, dismounting and trying to get between our boats and us, but their hearts failed them”  Scott recounted a more favourable outcome for the Fife Noblemen in which he quoted Lindsay of Pitscottie “Fra that time forth, they desired not to land again in Fife.” 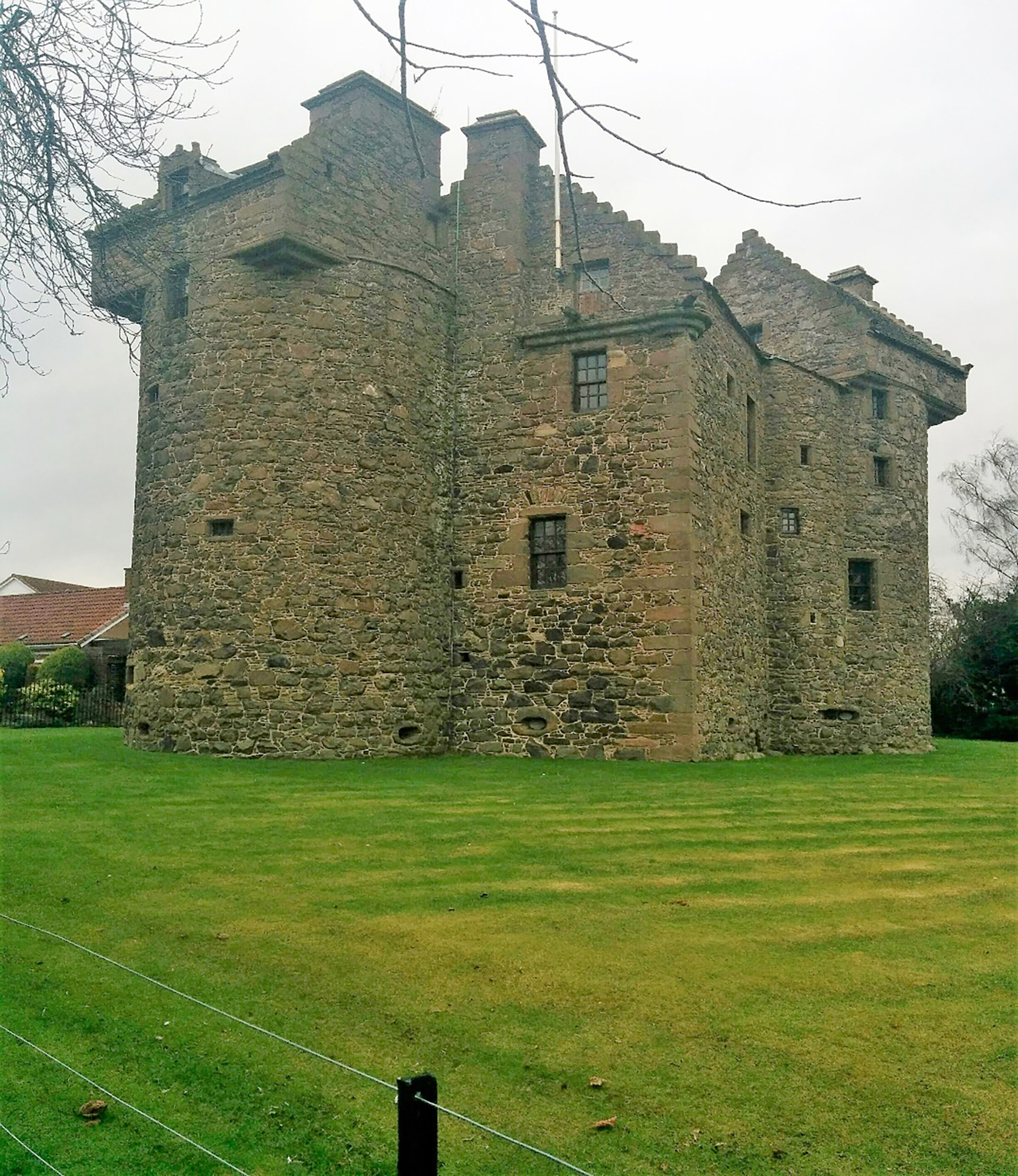 The town was erected into a free burgh of barony in 1598 in favour of Robert Durie, Laird of Scotscraig, with market days on Tuesdays and Fridays and with two fairs per year, one on St. Fillans Day 9th January, with the other on St. Lawrence’s Day 10th of August. The charter translated from the Register of the Great Seal also references the harbour, breweries, rabbit warrens … the fishings, the right of one ferry boat with fees, feu-farms and tenants in the Regality of St. Andrews. It also included the six acres of Gibbsland with the castle and tower thereupon, following the resignation of the liferent by the Melville family. The powers granted to the inhabitants with the consent of the said Robert Durie, were also to include election of bailies, councillors and officers and to hold burgh courts, to create burgesses, as well as rules on levy of tolls, anchorages, customs and fees for loosing and ladening. 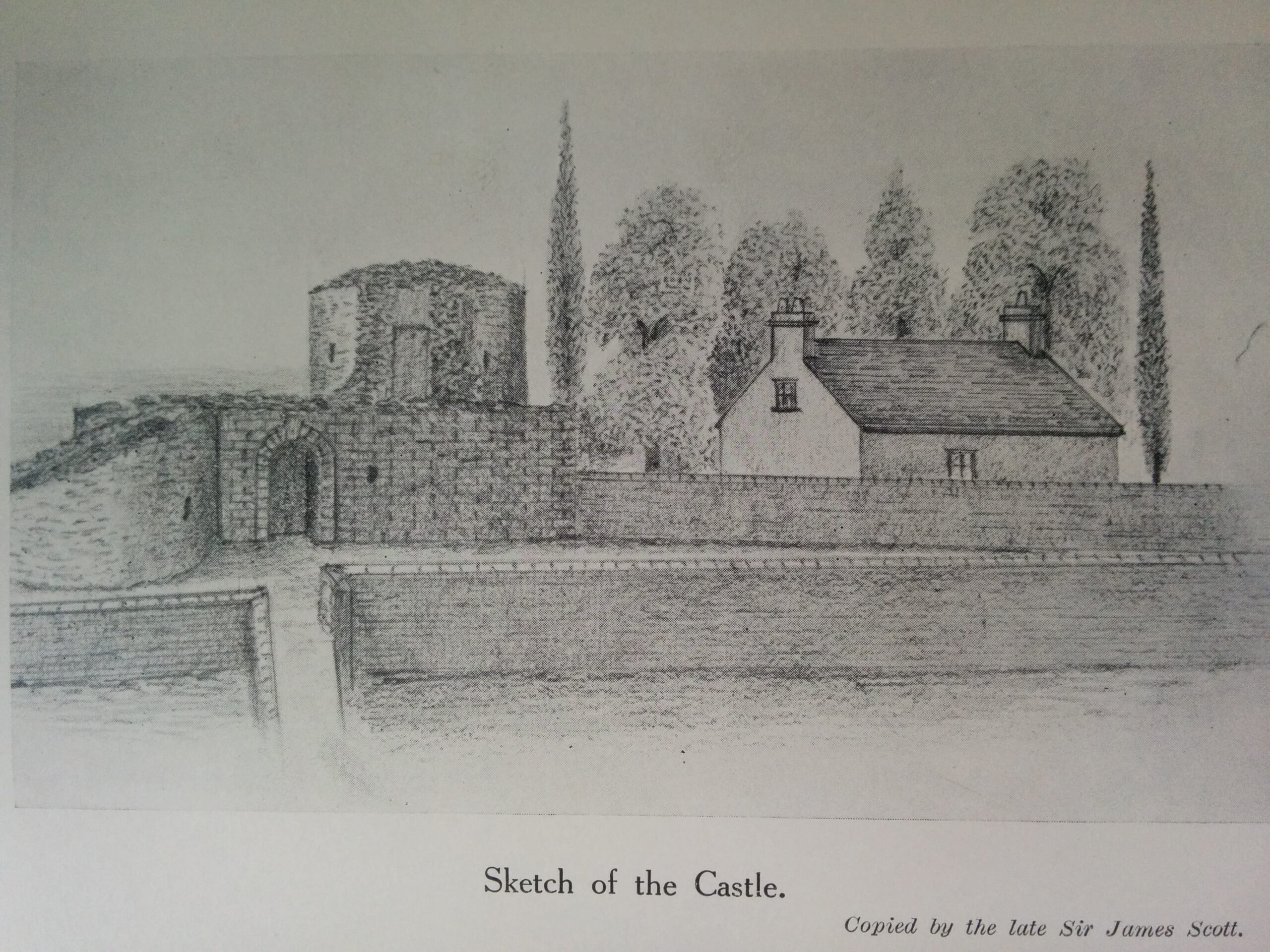