The records show that Tayport sent forth many seafarers and, with its air of quiet prosperity and solidity, attracted many others when their seafaring days were over…the cemetery at Tayport is an interesting place, for here many an old sailor of both sail and steam has made his last landfall. One such seafarer was renowned Tayport mariner, Captain John Pearson. Captain Pearson was born at Falkirk in 1864 but moved to Tayport at an early age. In 1879, he joined the Earl Dalhousie as an apprentice under the command of Captain David Jarvis of Tayport. Between 1875 and 1879 the Earl Dalhousie had made three successive voyages to Sydney, Australia with emigrants, the outward passages all being over 100 days. Twice the Earl Dalhousie loaded coal cargoes in Sydney and once in Newcastle N.S.W. and took them to San Francisco, taking around 60 days for this leg on each occasion. Her homeward voyages from San Francisco all exceeded 120 days. Captain Pearson completed his apprenticeship in 1883 on the 828 ton Arctic which was the largest auxiliary steam whaling barque ever built in Britain. He also sailed to the Arctic as mate on the Terra Nova at the age of 28 prior to getting his first command, the 958 ton barque Glenogle. He subsequently named his cottage (situated opposite the heritage panel) after this vessel.

In 1923 Captain Pearson and his ketch Rosie sailed for the Davis Straits with stores for trading stations. On one occasion Captain Pearson gave passage back to Tayport, a young Inuit called Nowyavve, who lived with the Pearson family prior to travelling on to London. Visits to Tayport by Inuit travellers was not uncommon. For example, in 1925 Tayport Violet Football Club held a successful concert in the Temperance Hall when “Noweybek, the Eskimo presently residing in Tayport, delighted the audience with Eskimo songs and selections on the melodeon”. 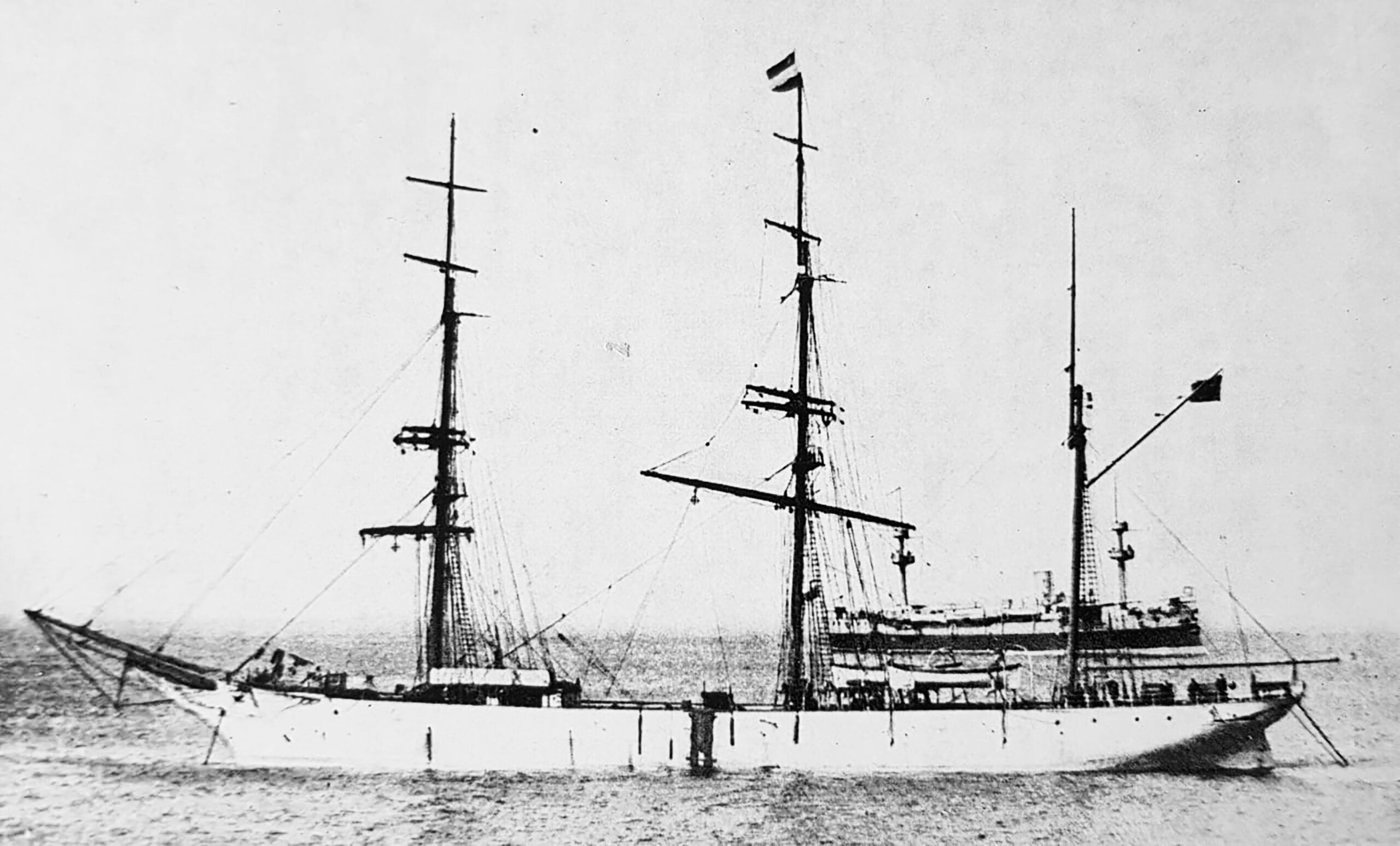 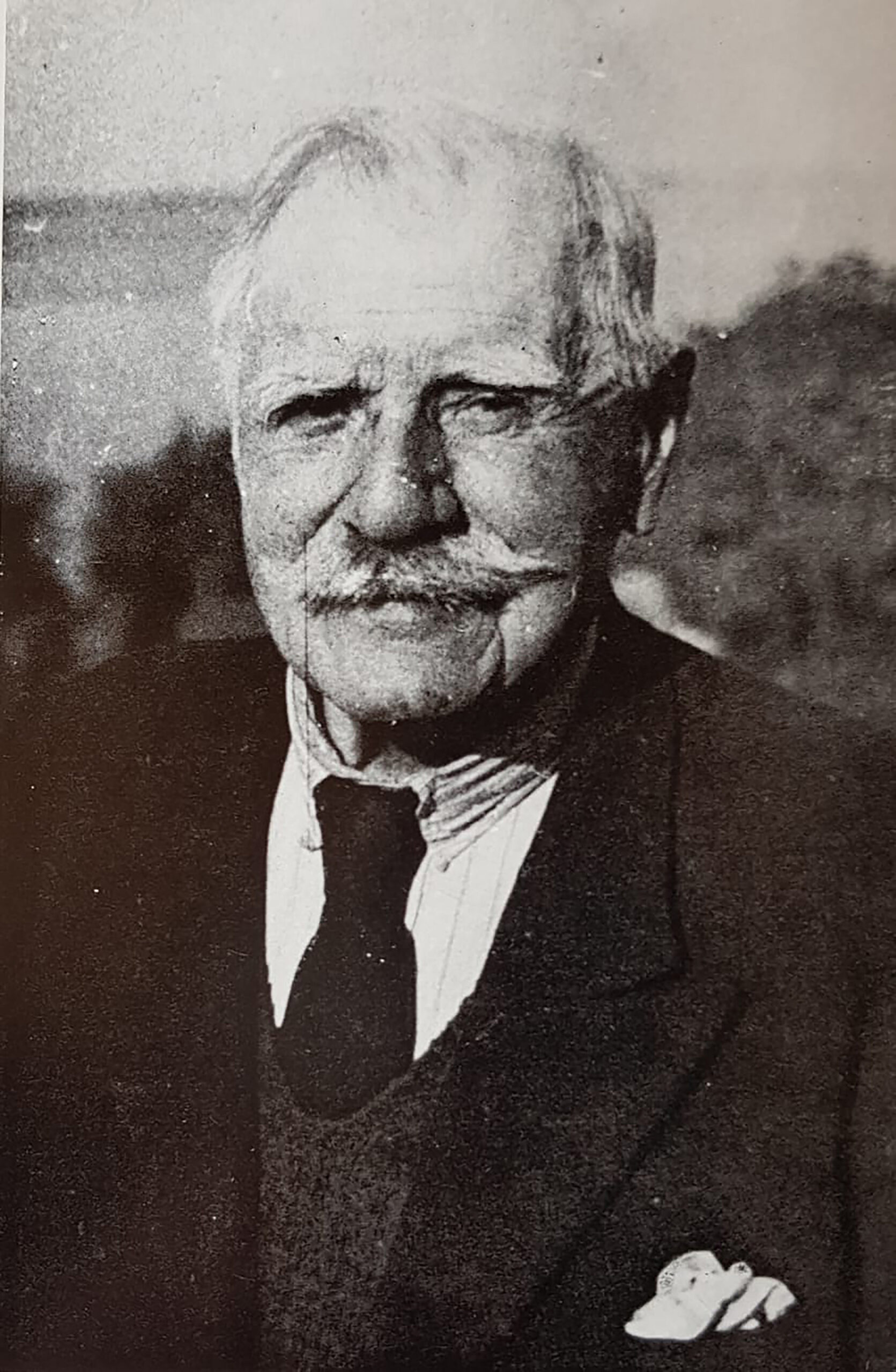 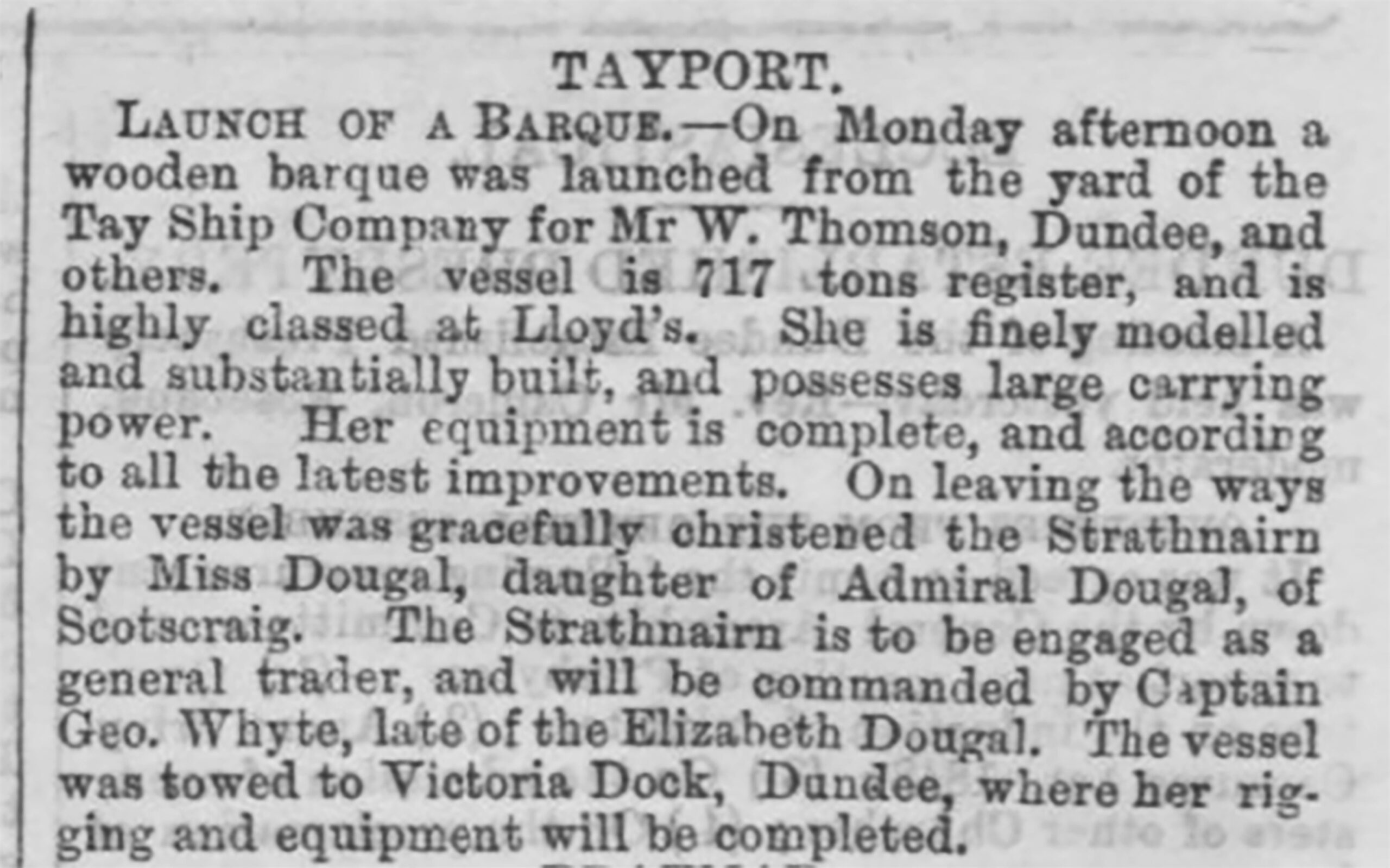 Report on the launch of The Strathnairn 1876

Captain Pearson and the large number of seafarers resident within the community were familiar with many of the visiting vessels to the harbour and also with the grand square-rigged ships which had been built in the local yards, a mere 200 yards from his house. At a time of great change when steam was competing with sail, the local yards had been sufficiently ambitious to undertake the building of a composite vessel, a type of construction which called for a different and much more complicated technique, whereby an iron frame took the place of the age old wooden frame construction. The composite vessel built at Ferryport, as Lloyds Register still called the town, was the Stratheden, a barque of 423 tons, launched in 1872. Her life was relatively short for she was wrecked in August 1881, en route to Buenos Aires with a cargo of coal from Leith, when she ran aground on the Norfolk coast, but her crew safely rowed ashore. The last square rigger built in Tayport was another ‘Strath’, the 717 ton barque Strathnairn for Wm Thomson of Dundee, launched in 1876 from the yard of the Tay Ship Company and christened by Miss Dougall, daughter of Admiral Maitland Dougall of Scotscraig. The Strathnairn also came to a sad end, sinking off Brittany in 1880 with the loss of all 18 hands. 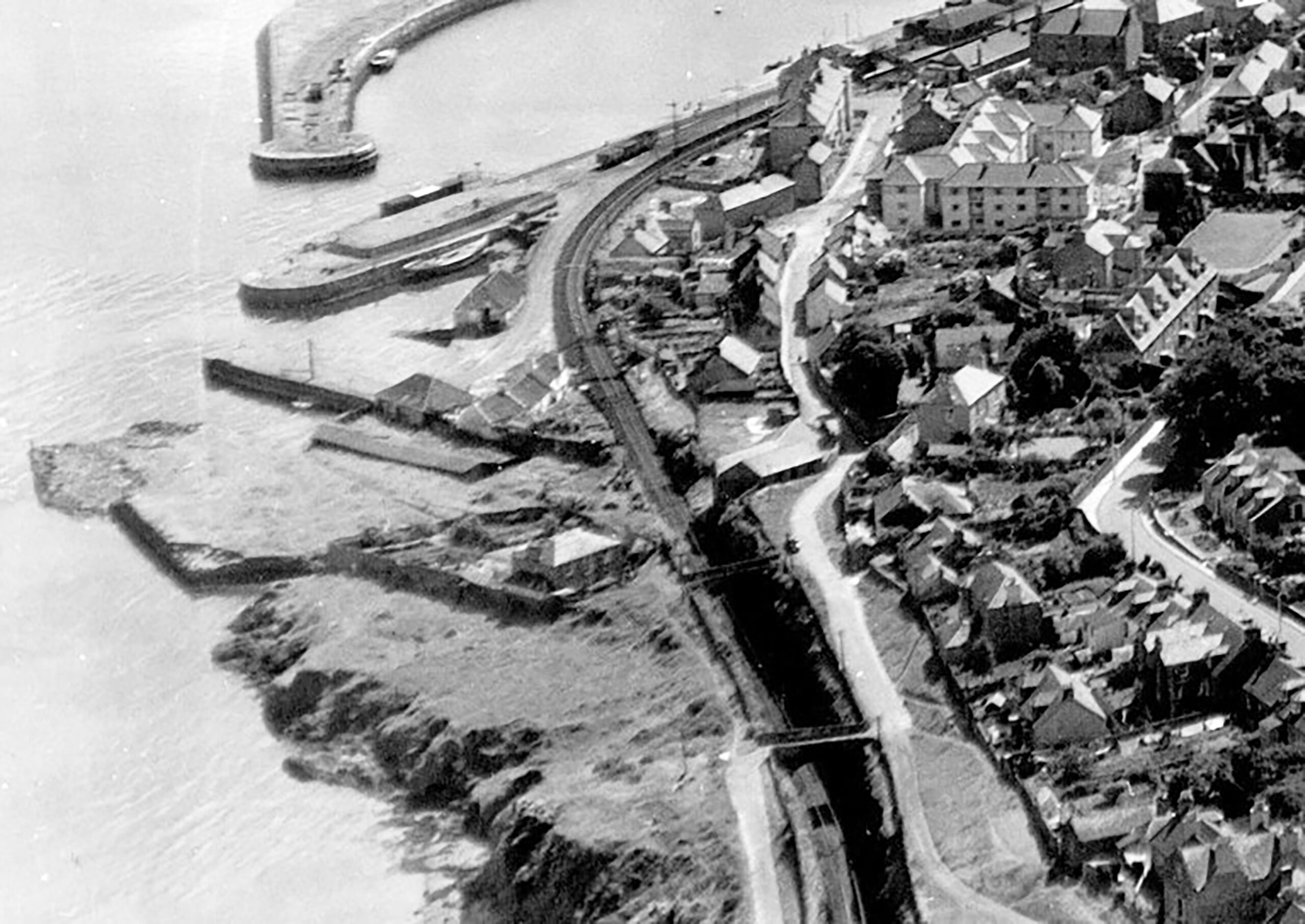 August 1880 saw a fire in the yard of the 300 feet long, disused shipbuilding shed belonging to the Tayport Shipbuilding Company. It was witnessed by  large crowds at Broughty and with no fire hoses available, a fortunate change of wind saved the lower half of the shed along with a nearby large fishing boat in the course of construction by a Mr. James Mitchell. 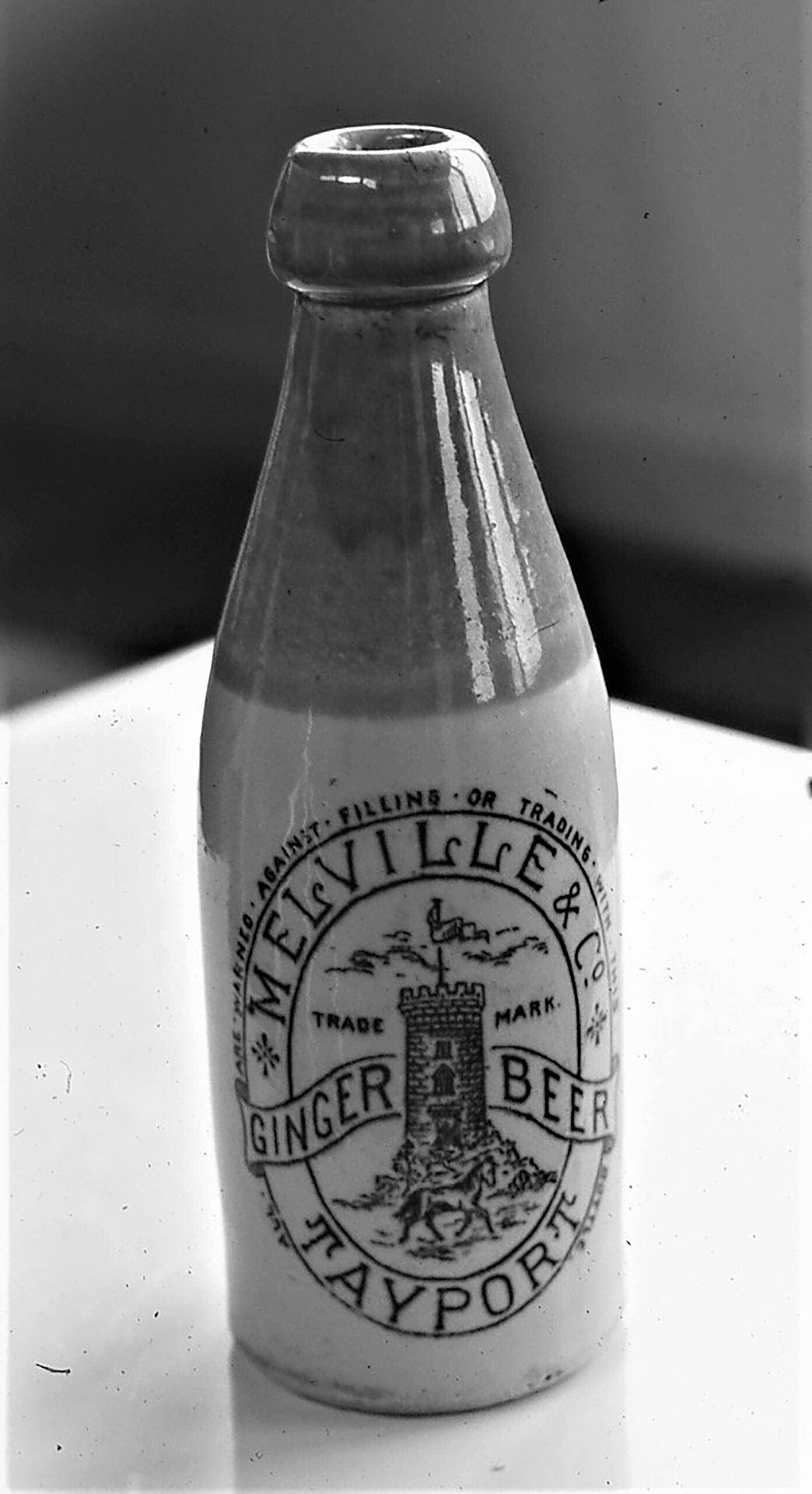 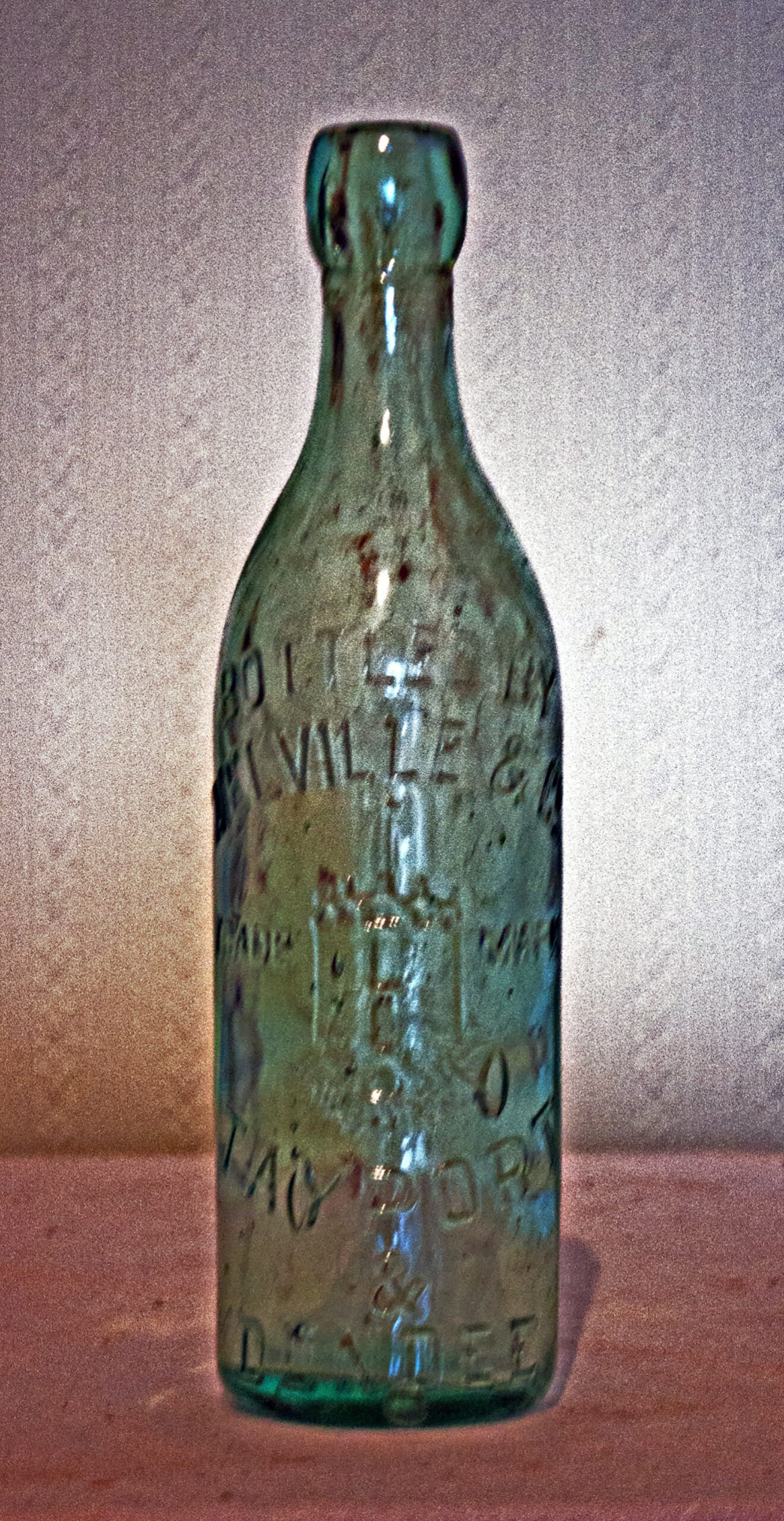 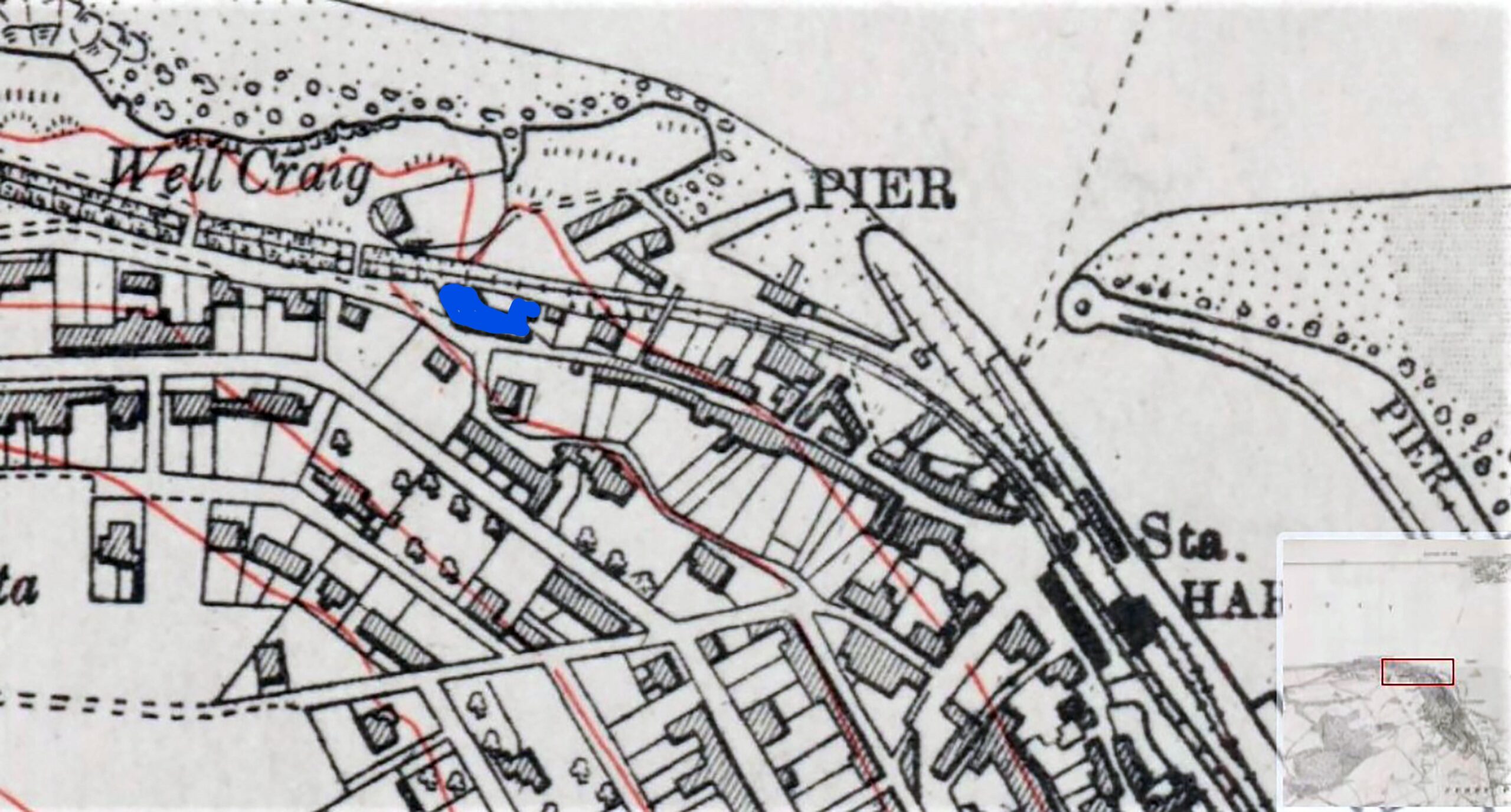 From 1900, Melville & Co. was a Tayport based producer of lemonade and other mineral waters. The lemonade works was located on part of the former shipbuilding yard which still retained the large chimney, after the yard had been reduced in size when crossed by the Newport railway track in 1879. The beverages were advertised as made using water from the famous ‘Johnnie Doig Springs’ which were regularly tested by The City Central Laboratory, 23 Leadenhall Street, London and found to be of ” a high degree of purity under thoroughly hygienic factory conditions. Lemonades are of excellent flavour and bouquet“ Prior to the introduction of the piped water supply in 1890, both Johnnie Doig’s Well which served the west end and Bishop’s Well which served the east end of the old ferry town area, enjoyed a reputation for never drying up. 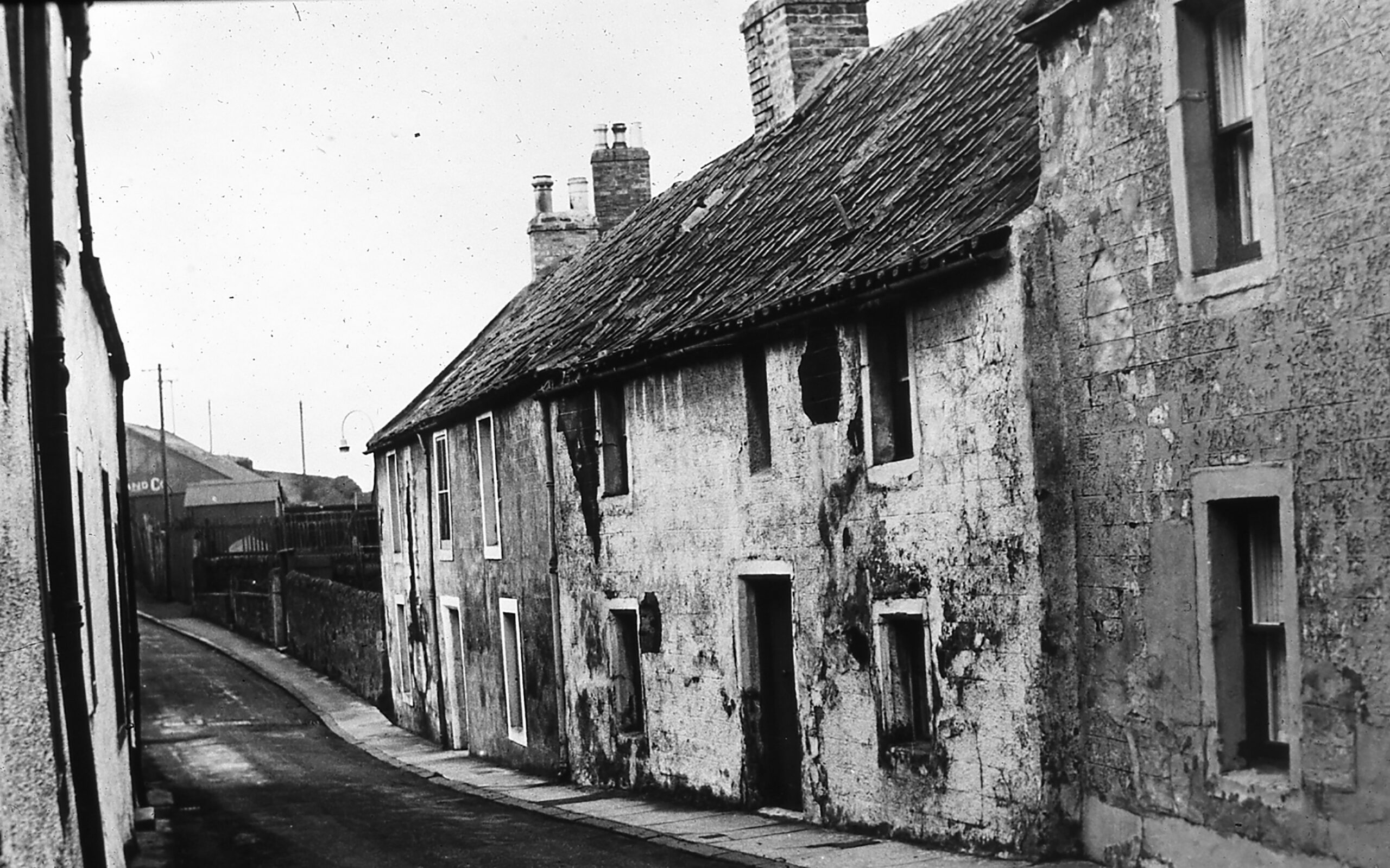 Lemonade Works from the air