The Statistical Account (SA) of 1793 advises “there is an act of the 7th Parliament of King James III held at Edinburgh, May 9th 1474 regulating other passages and at the Port-in-Craige, ane penny for the man and the horse ane penny.” It is recorded that 1501 King James IV crossed on his way to Arbroath at a cost of 28 shillings including horses and it was said that unscrupulous boatmen charged an extortionate price. In September 1645, Dundee Council, due to the approach of plague spreading through several burghs of Fife,  discharged any passage at all by water and ordained that no boats cross the river.  – The 1793 S.A. also notes that the Rev. Robert Dalgleish, minister and Laird of Scotscraig, advises “it was often found so inconvenient and dangerous to boat horses from a ragged craig and the Legislature interposed their authority, ordaining the ferries to make brigges to their boats (by which is meant a kind of timber platform, to be laid from the most proper part of the craig, to the gunwale of the boat) for shipping horses with more ease and safety. These brigges were always used at this passage, till some time ago, that piers were built for the convenience of passengers and the security of horses.”

The Commonty Agreement of 1799 included that cattle and bestial of all kinds passing and re-passing over the Tay at Ferry-Port-on-Craig, shall have the same liberty and privileges in time coming of resting and pasturing on the same piece of ground to the west of the village, as was the custom in all former periods. The completion of the St Michaels to Newport Turnpike Road in 1787 saw increased use made of the Newport river crossing, however the drovers still often crossed here, ” having good conveniency for their cattle on both sides of the river.“ 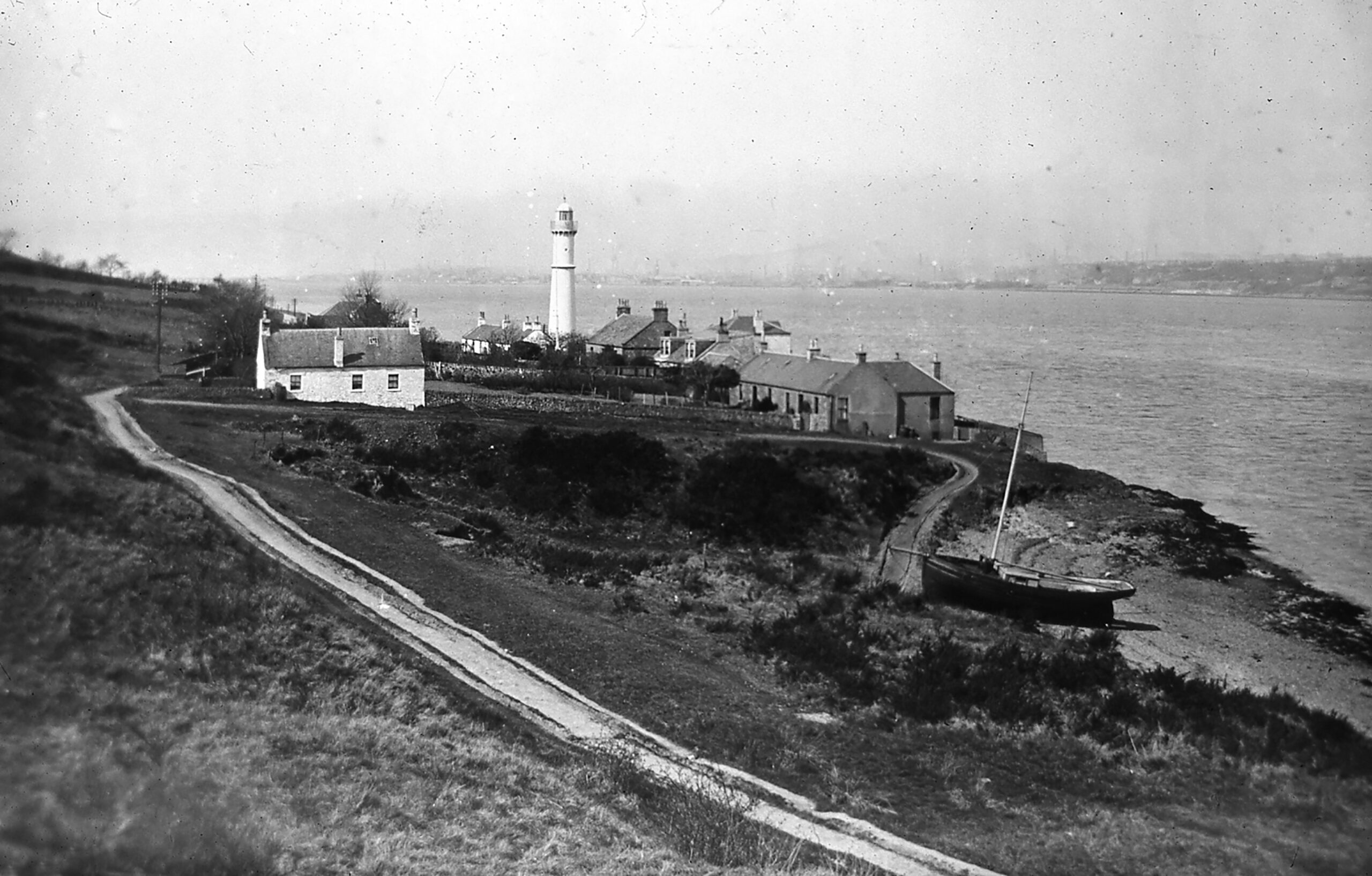 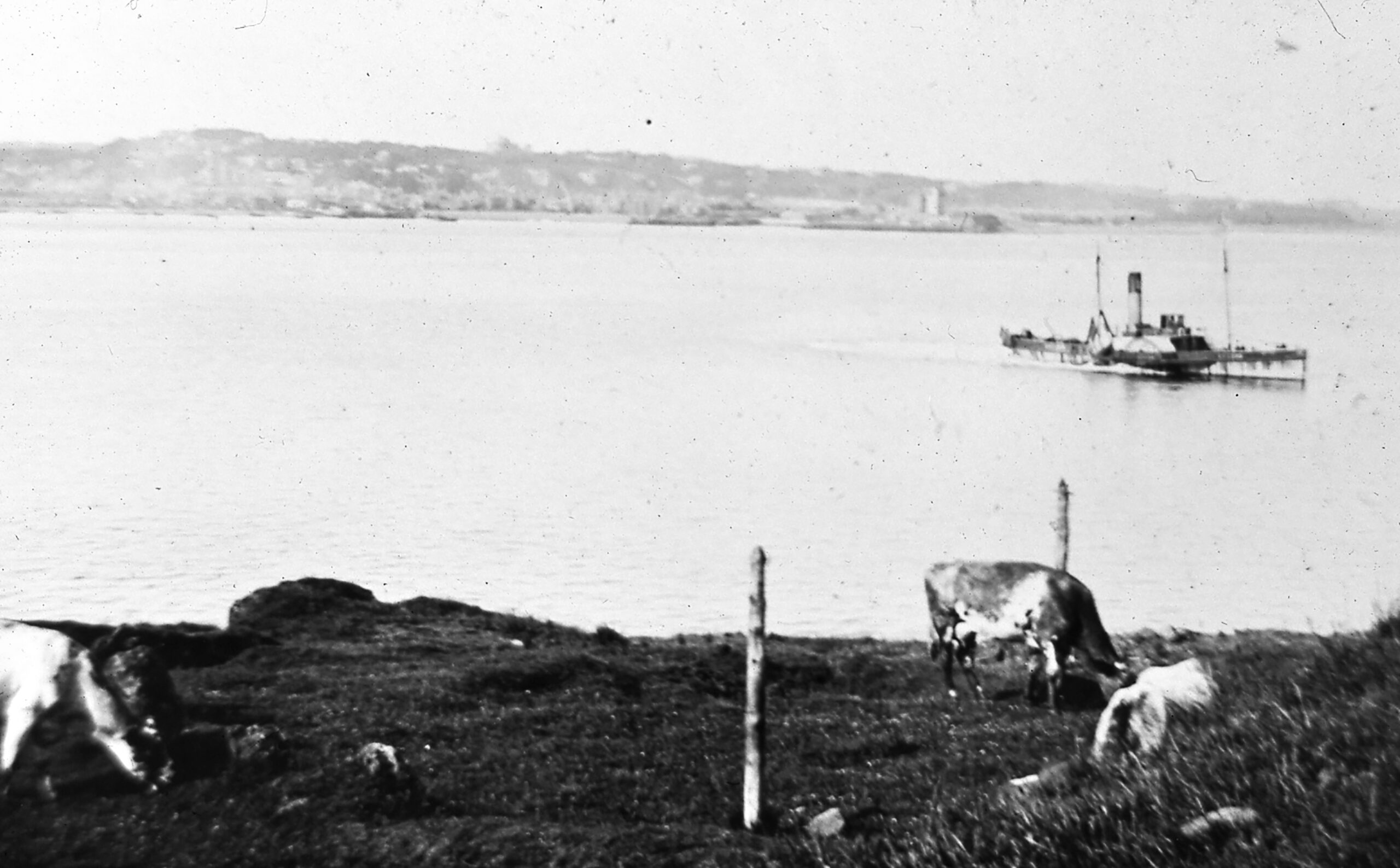 Cattle on West Common headland with ferry crossing in the background

S. Neish (1890) advises in his History of Newport, “that on 22nd May 1685, a batch of Covenanters, on their way to prison in Dunnottar Castle, under the escort of a detachment of the Fife Militia, arrived at Ferryport on their march to the North, but the tide being low, the passage of the prisoners – nearly two hundred in all – had to be deferred until the next morning. They were transferred from jails in Edinburgh to prevent their possible escape during an expected rebellion.“ At Ferryport, as at Freuchie, they were billeted upon the inhabitants, who were held responsible for their safekeeping. It is also reported that an attempted escape during their stay was thwarted and the young man’s head cut off by the soldiers and presented to his prisoner father. www.covenanter.org.uk advises that in 1685, 167 Covenanters were held in the single apartment at the Dunnottar Castle. Most of the survivors from the 122 men and 45 women were subsequently banished to the Americas as slaves. It also advises that some of those who died in captivity are buried in the nearby Dunnottar churchyard. 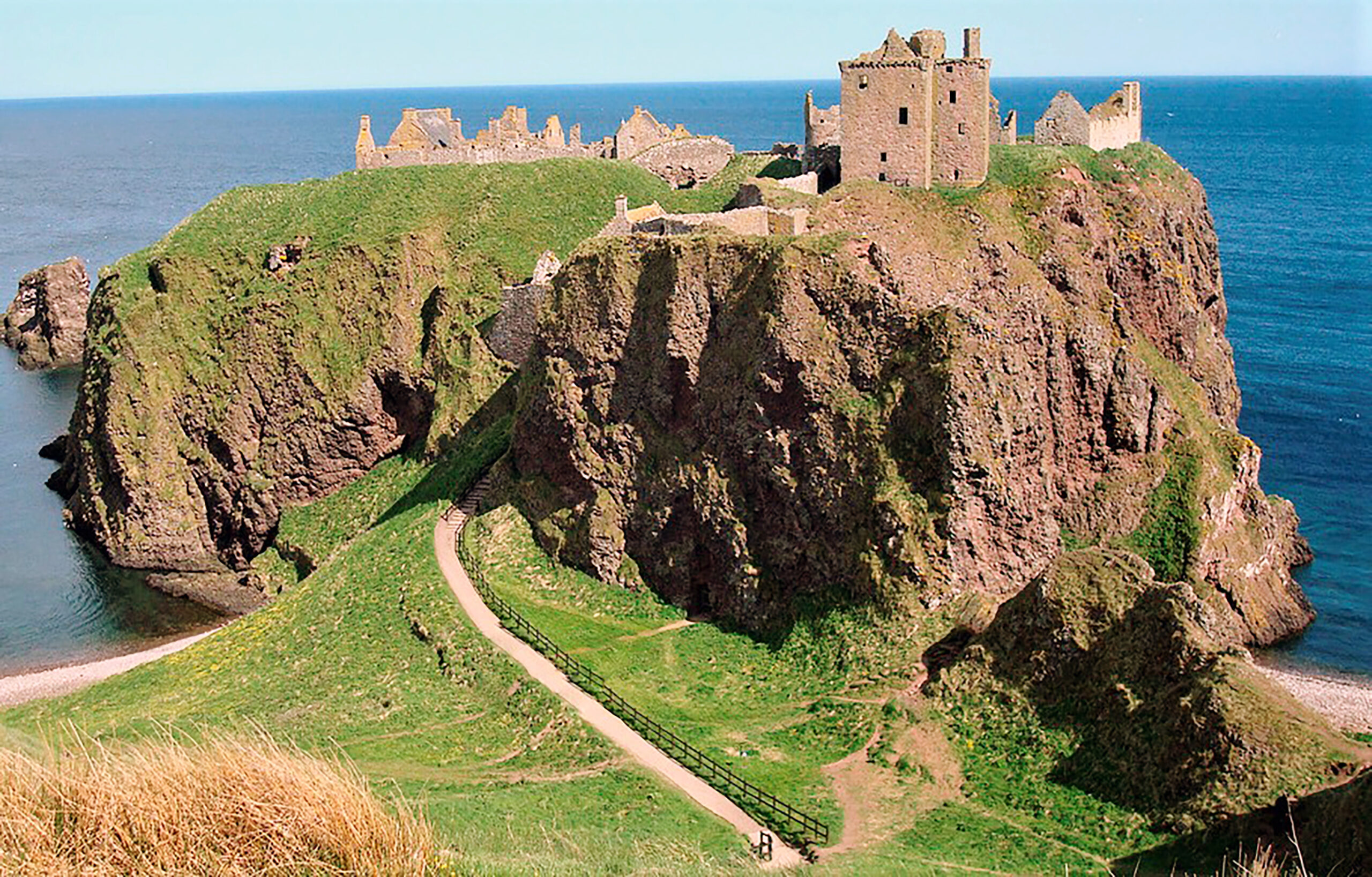 The New Road to Newport

The road was made in 1830, under the Turnpike Road Legislation by the Laird Robert Dalgleish younger of Scotscraig Estate. The estate at that time also included the village of Maryton (East Newport) in the adjacent parish of Forgan, which was named after his wife Mary Bayne of Rires & Dura. The William, Robert & James Street names reflected several generations of the Dalgleish family ownership of Scotscraig. Following the construction of the Turnpike Road from St. Michaels to Newport in 1787 competition on the ferry routes was increased. The introduction of steam on the Newport- Dundee ferry route in 1821 caused the Rev. W. Nicholson, to record in the 1836 Statistical Account, “The nearest market-town of any consequence within the county is Cupar, the county town, (eleven miles distant) where several well frequented fairs are held during the year. The principal intercourse, however, is with Dundee, to which there is easy access, either by steam-boat on the Newport passage, or by an excellent sailing vessel which leaves Ferry-Port-on-Craig for Dundee, and returns every lawful day, carrying goods and passengers.” 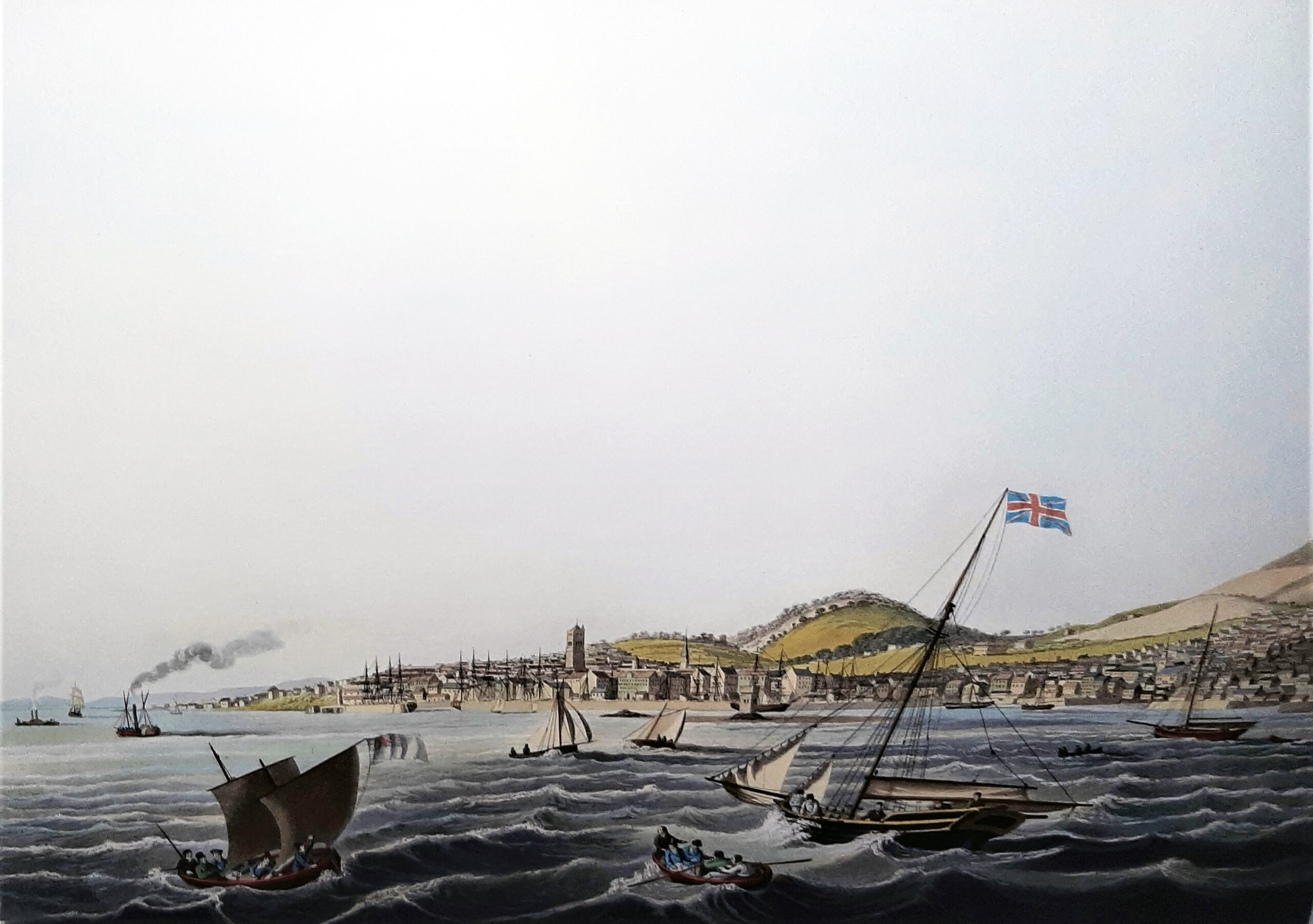 Whilst recognising general parish improvements since the S.A. of 1793  census in common with other places, the ferry was an exception. “ There is nothing in which we seem to be left so far behind, amid the improvements of the age, as the state of the ferry passage, which has still to be effected in every state of the weather by small sailing boats. Scarcely anywhere else in the kingdom is this now the case on a passage of nearly two miles. A steam boat is therefore much desiderated; and it is hoped that, among the improvements so vigorously carrying on under the new proprietorship of Scotscraig, this will not be long wanting.” It is reported that the steamboat Lion was introduced at Ferry-Port-on-Craig in 1836 (Ian Brodie 2003) and superseded by the Mercury 1845. 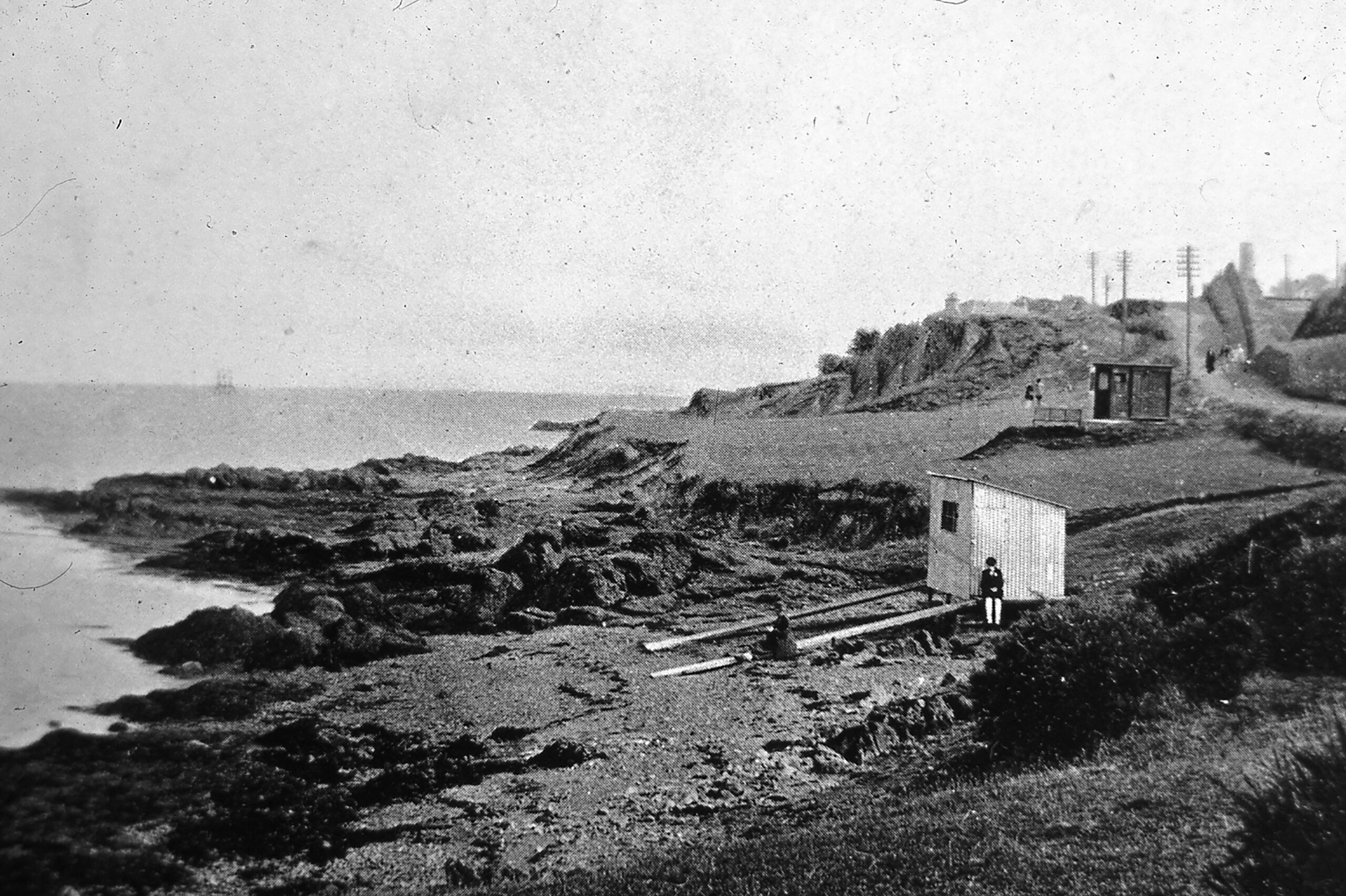 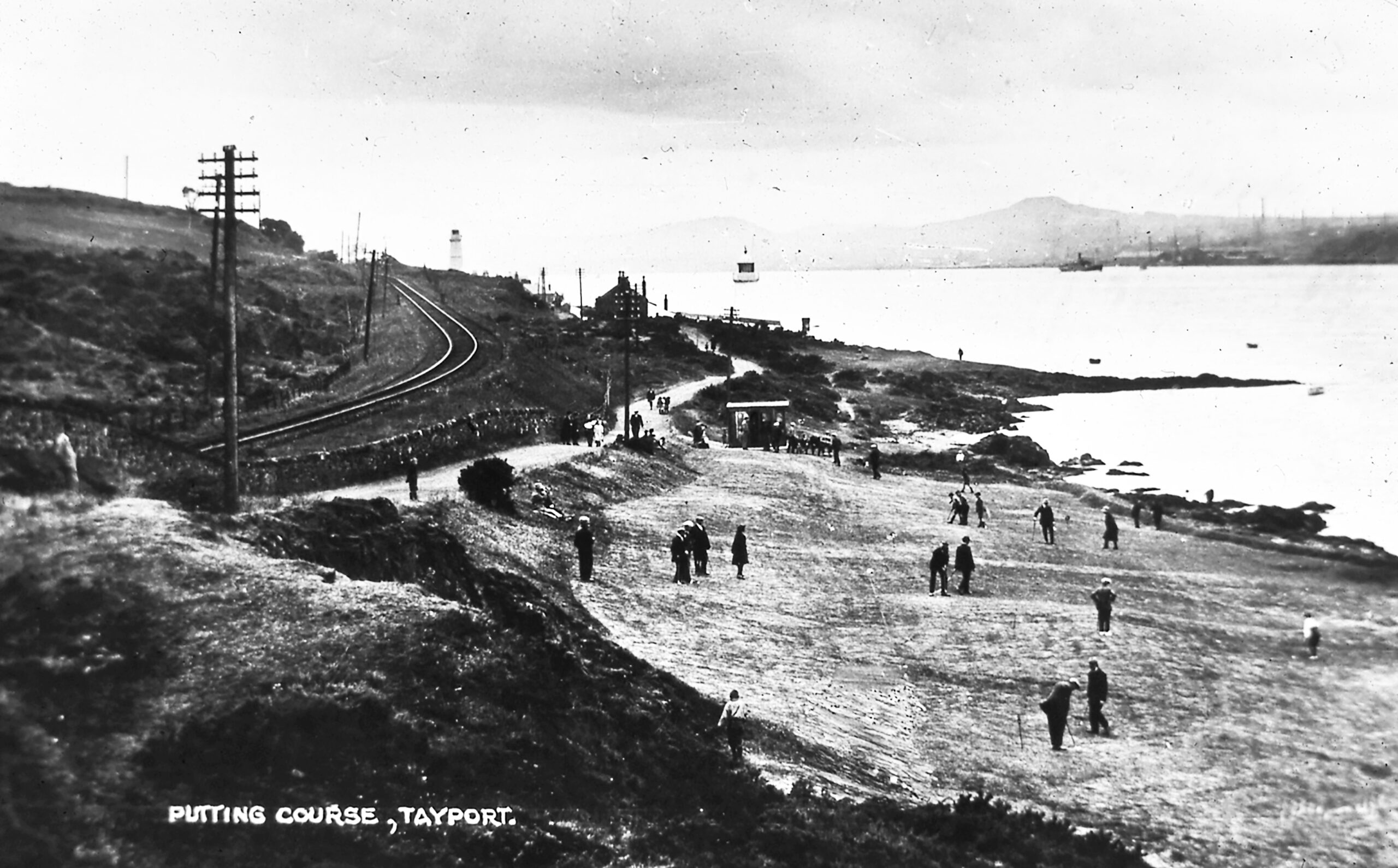 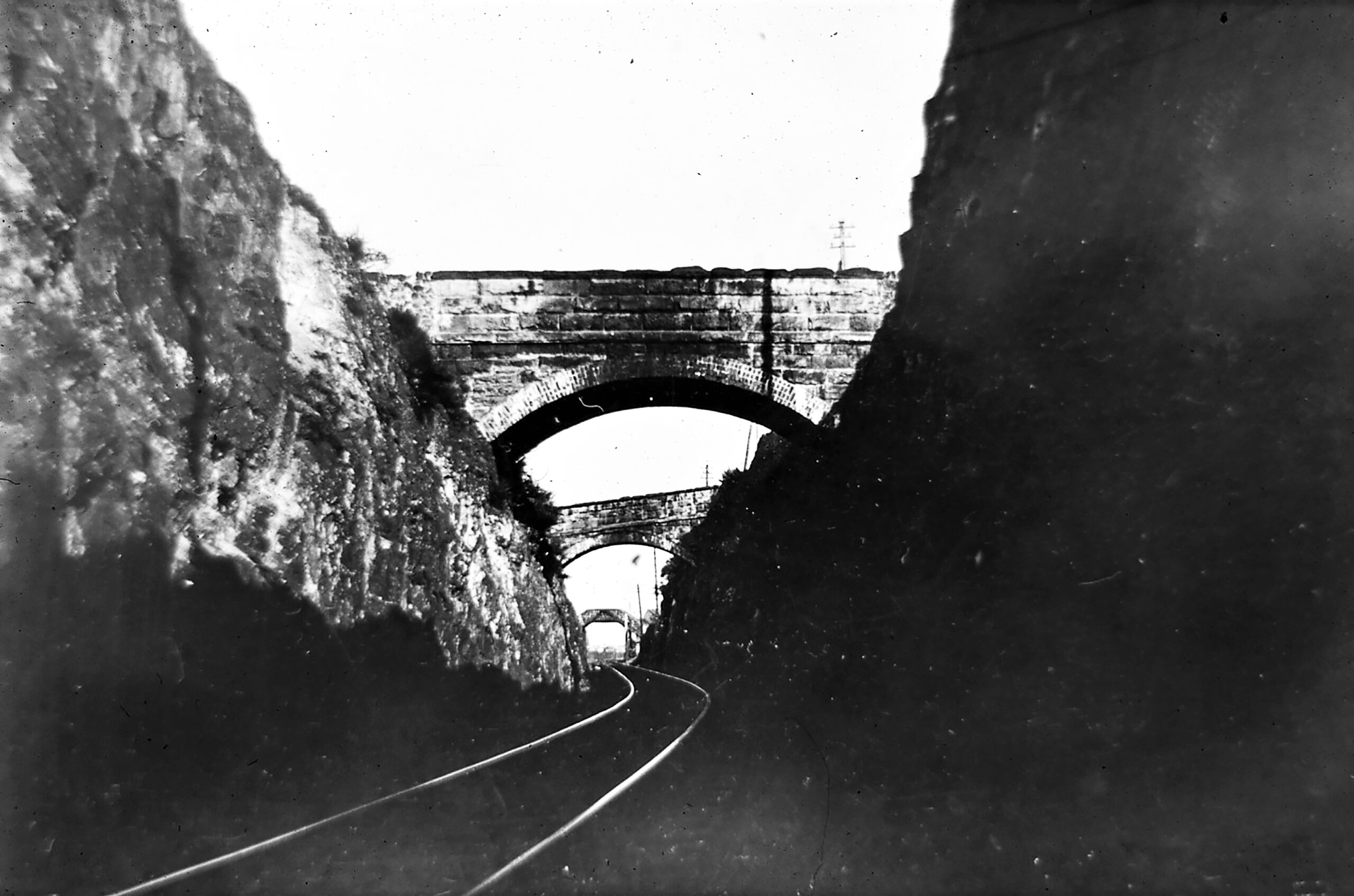 It was created for the Tayport-Newport-Wormit- Tay Bridge rail link which opened in May 1879. It was designed by Sir Thomas Bouch who was the designer of the ill-fated first Tay Railway Bridge. Tayport had now become a through station on the Edinburgh to Dundee railway and two fine sandstone arched bridges were constructed to span the rock cutting to maintain access between Commonty Road and the West Common. The closure of the line in January 1956 saw the last passenger train between Leuchars and Tayport, resulting in the railway connection from Dundee terminating at Tayport. In May 1966 the line was closed permanently to facilitate the construction of the road approaches to the Tay Road Bridge. For a short time, a bus service connected Tayport Railway Station with East Newport Station until the Road Bridge opened later that year. Following closure of the railway line, the opportunity was taken to use dredging spoil from the harbour to help infill the cutting. 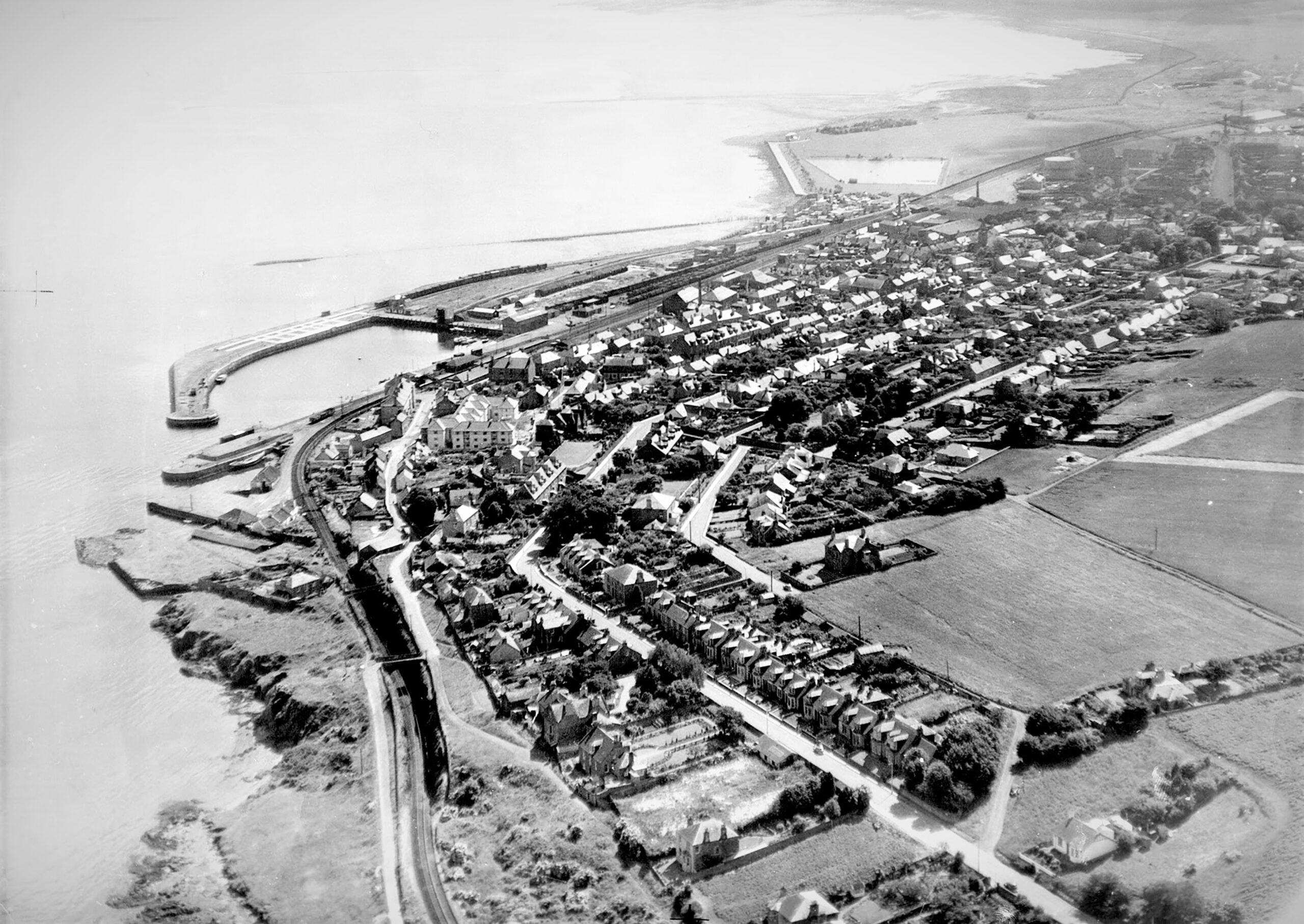 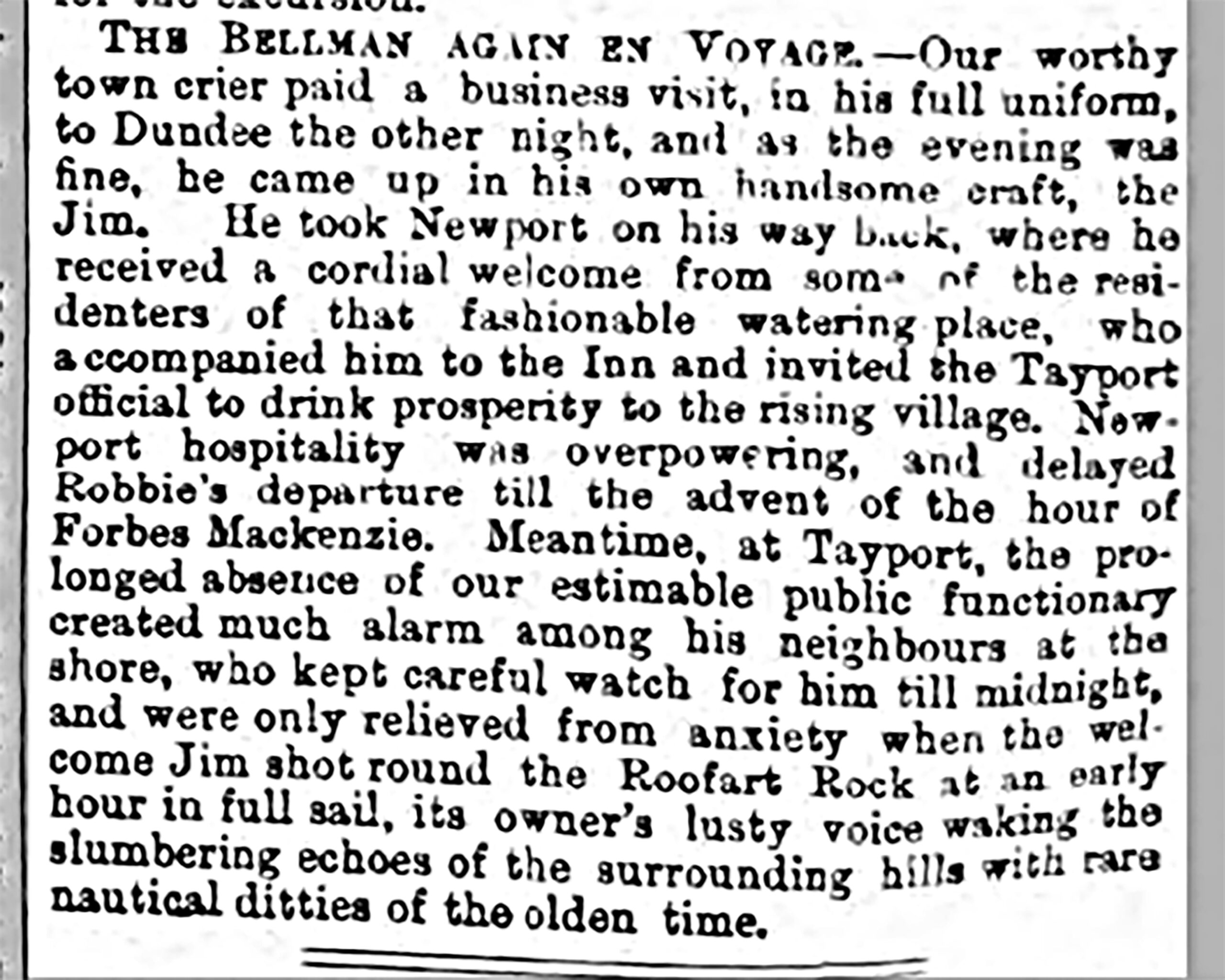 The earlier riverside footpath to Newport was interrupted by the construction of the Tay Road Bridge in 1966 and continuing costal erosion has seen it generally replaced by the popular coastal path which utilises part of the former rail track route up to the Serpentine layby and then on towards Newport and the Road Bridge pedestrian access. The pre-railway era of social and commercial connections via the river traffic with the City of Dundee were significantly advanced, initially with the arrival of the first Tay Railway Bridge in 1878 and then the opening of the Road Bridge in 1966. During the many years of the Ferry crossings between Tayport and Broughty Ferry, the two communities also enjoyed an active social and sporting connection. Cross Tay swims were always a competitive and popular attraction and the football teams would make use of the ferries on match days. In the late 19th and 20th century the Broughty Ferry Guide and Gazette newspaper carried both a Tayport news column and Tayport business advertisements. Tayport harbour, with its marina facilities also continues to be in great demand by the majority of the Tayside sailing and boating fraternity, reflecting an earlier period of pleasure cruising on the river as advertised in the local press in 1909. 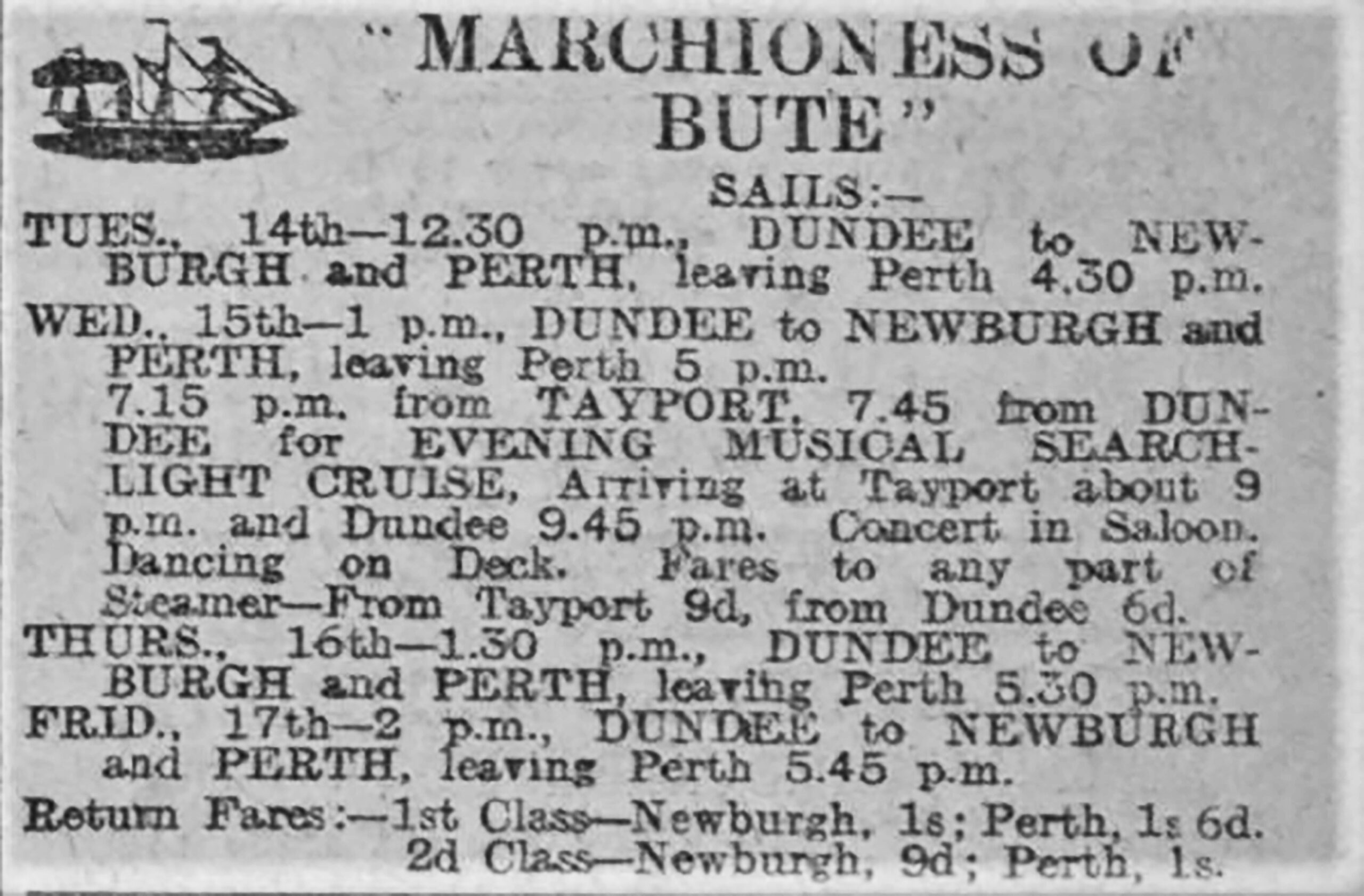 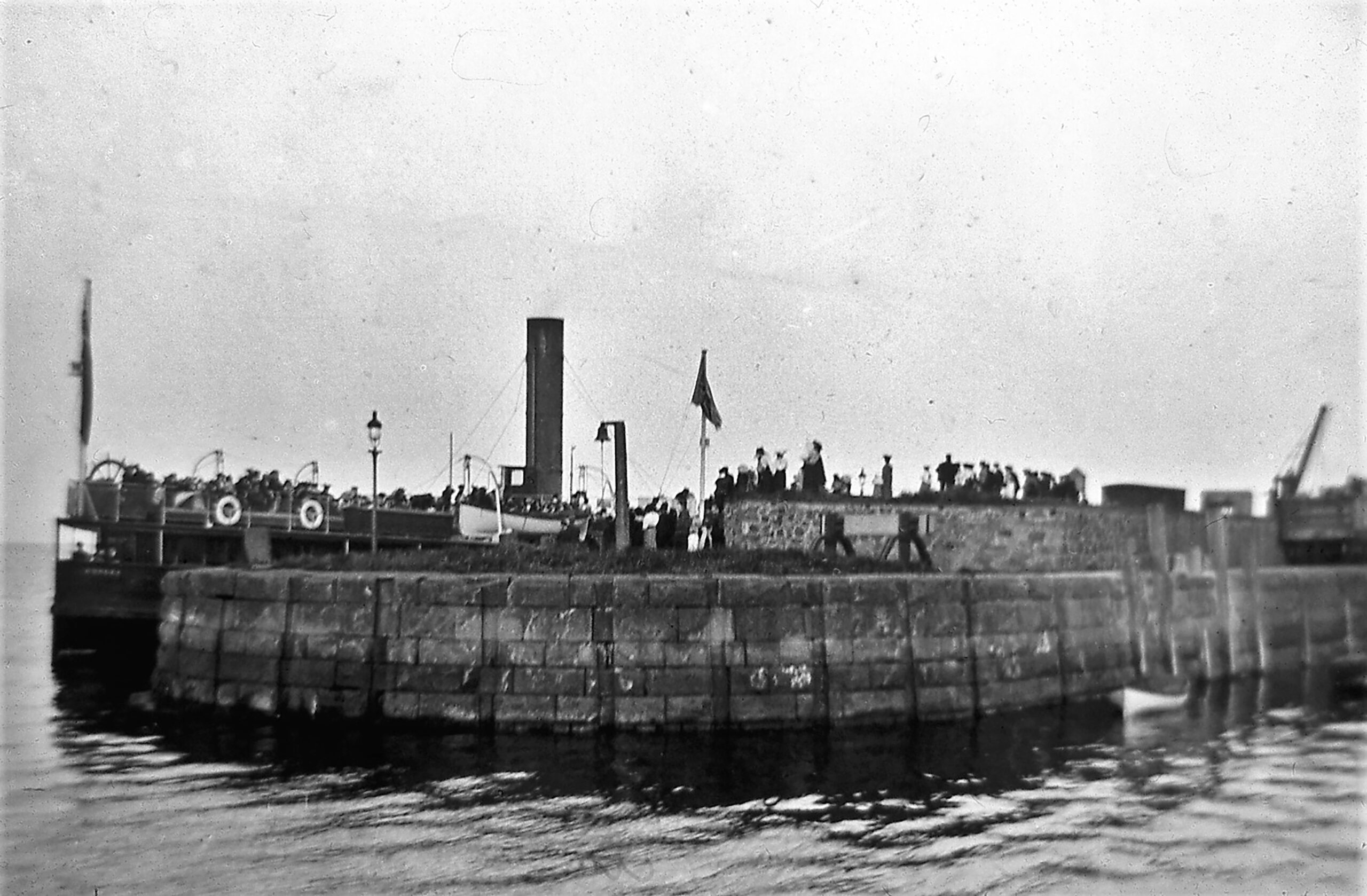 Collecting passengers at Tayport harbour squarehead with bell in foreground