The Battery at Snook Head was used by the Artillery Volunteers. The requirement to guard against a threat of coastal invasion in the 1850s, saw the 1st (Tayport) Fife Artillery Volunteers formed on 26th January 1860 as one of eleven companies around Fife. It comprised part of the 1st Fifeshire Administrative Brigade based in St. Andrews under the command of Lt. Col. W.H.Maitland Dougall, a retired Admiral and Laird of Scotscraig. Described as ‘a genial personality and a gentleman’ on his death in 1890, William Heriot Maitland first saw naval action off Spain as a 16 year old during the First Carlist War in the 1830s. His armed conflict experience continued in the First Anglo-Afghan War and the First Opium War where he suffered serious injury, including a fractured skull, in the Battle of Amoy in South East China in 1841. Following his return from the east, he was based with HMS Electra in Bermuda before being invalided out of active service in 1847, aged 28.  Settling in Tayport, he became the Laird of Scotscraig and adopted the surname Dougall following his marriage to Elizabeth Dougall in 1851, which made him the obvious choice to take command of the Volunteers. A press report of the annual inspection in June 1883 noted ,  “the number of volunteers on the books was 53, of whom 47 were present and six absent with leave.”  According to the 1903 Shooting Trophy they had been renamed  No.2 Company 1st Fife RGA (Vol.) 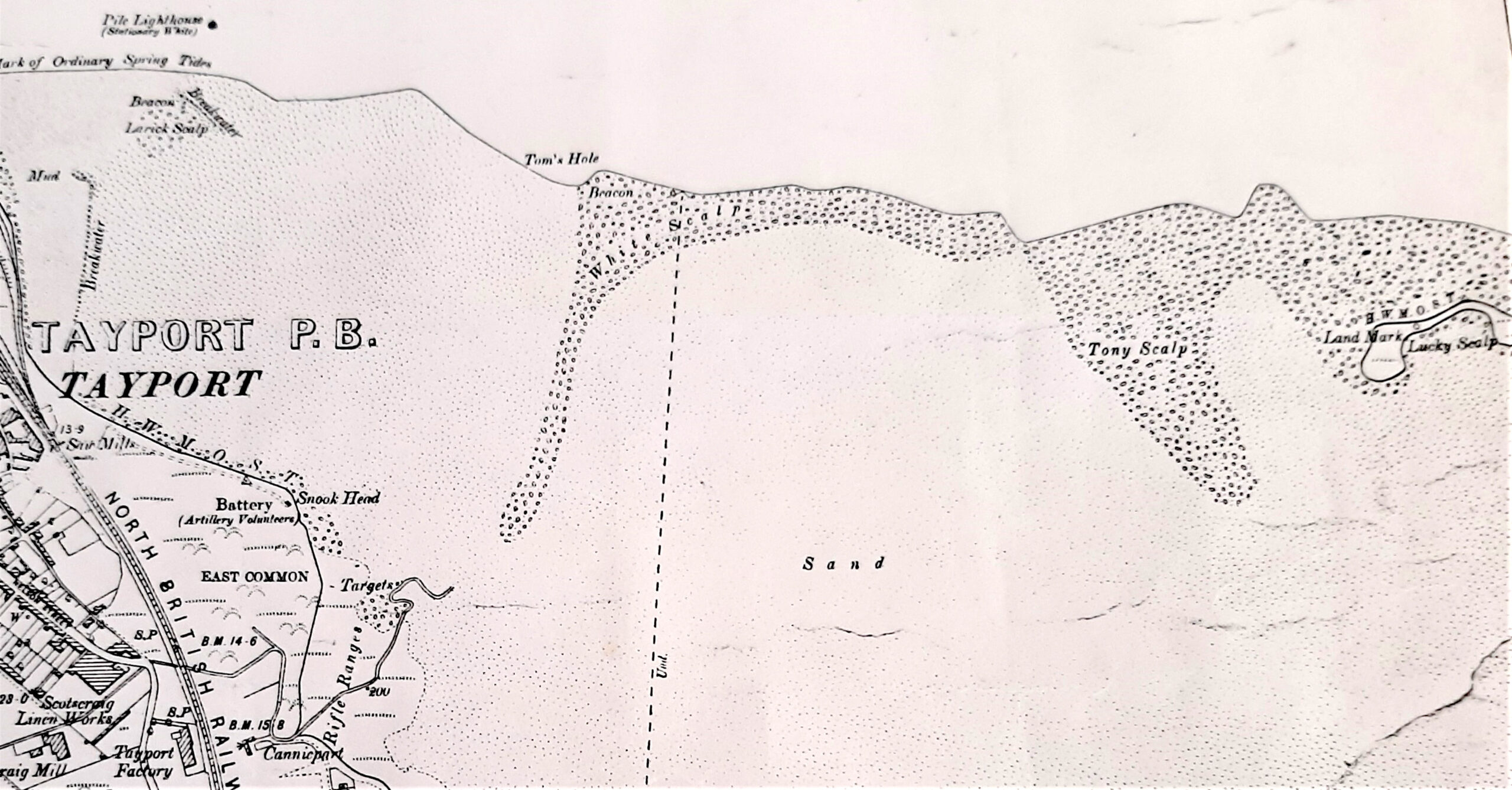 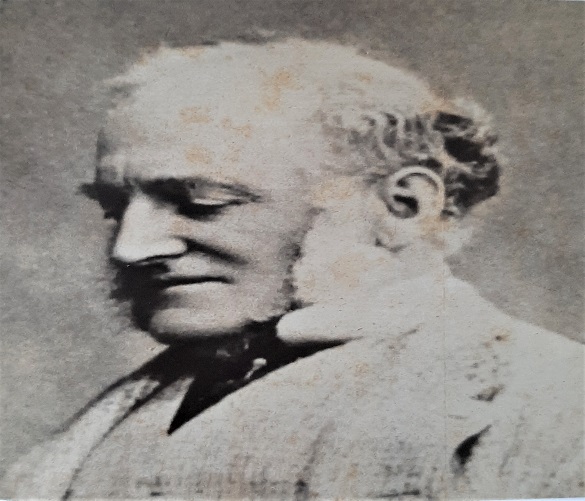 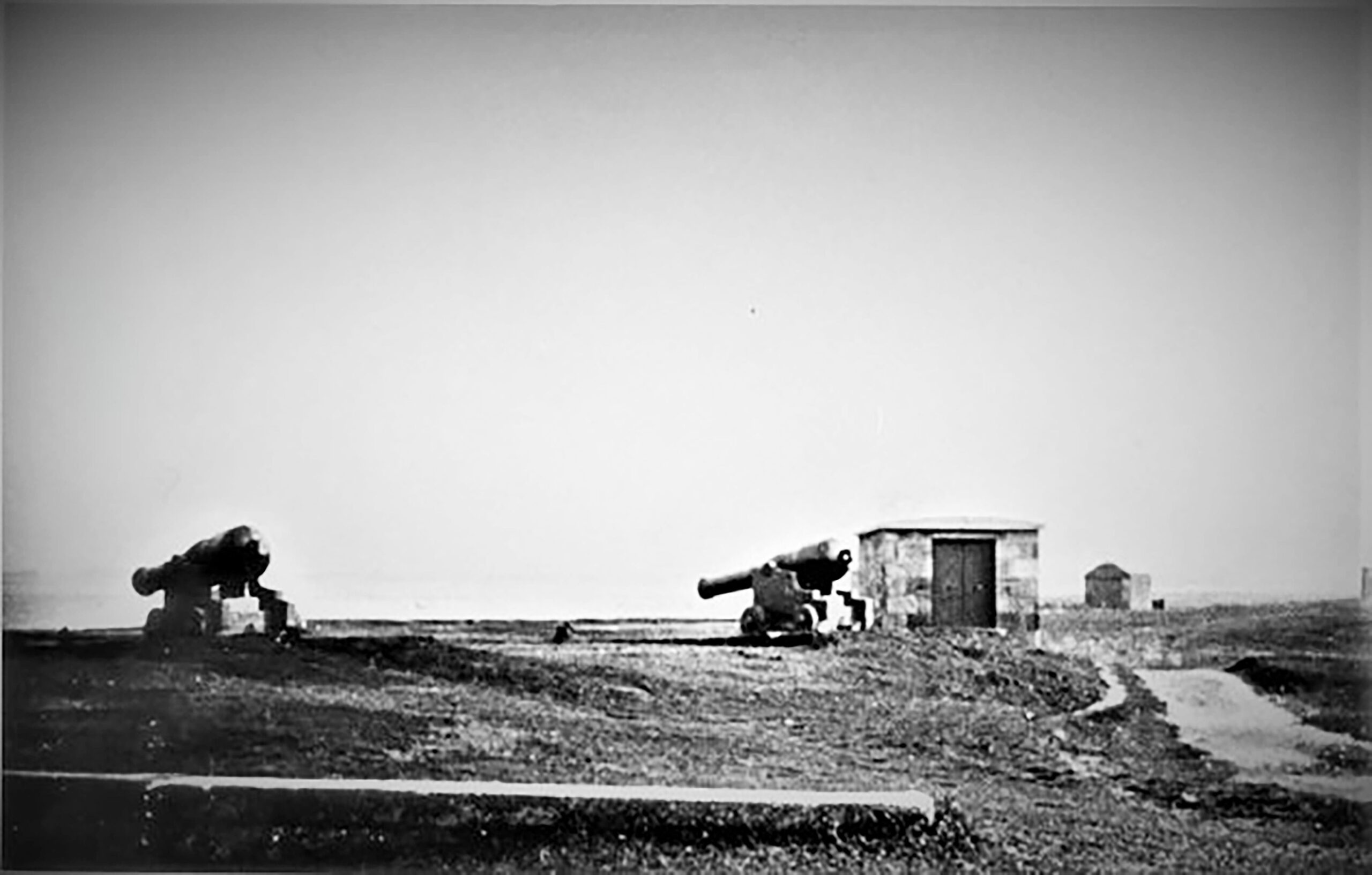 The Bellman or Town Crier

Another ex-naval man with a colourful past was Robbie Mackie, the Tayport bellman or town crier during the 1870s and 1880s. Indeed a press report in 1881 noted that ‘Tayport has long been distinguished for its Bellman’. Always catching the eye when on duty around town in his navy uniform trimmed with scarlet, cocked hat and epaulettes, Robbie often regaled the locals…and visitors… with his experiences, having been ‘thrice round the world, thrice shipwrecked and fought for my Queen and country on board the HMS Royal Albert off Sevastopol’  during the Crimean war. Robbie, described as a much esteemed functionary, was the social media platform of the age, keeping the community well informed through the toll of his bell as he walked the streets of Tayport giving notice of public meetings and other events in the town. Robbie had also previously worked as a mussel dredger and lived in Henderson Street with his wife Marjory when he died in 1892 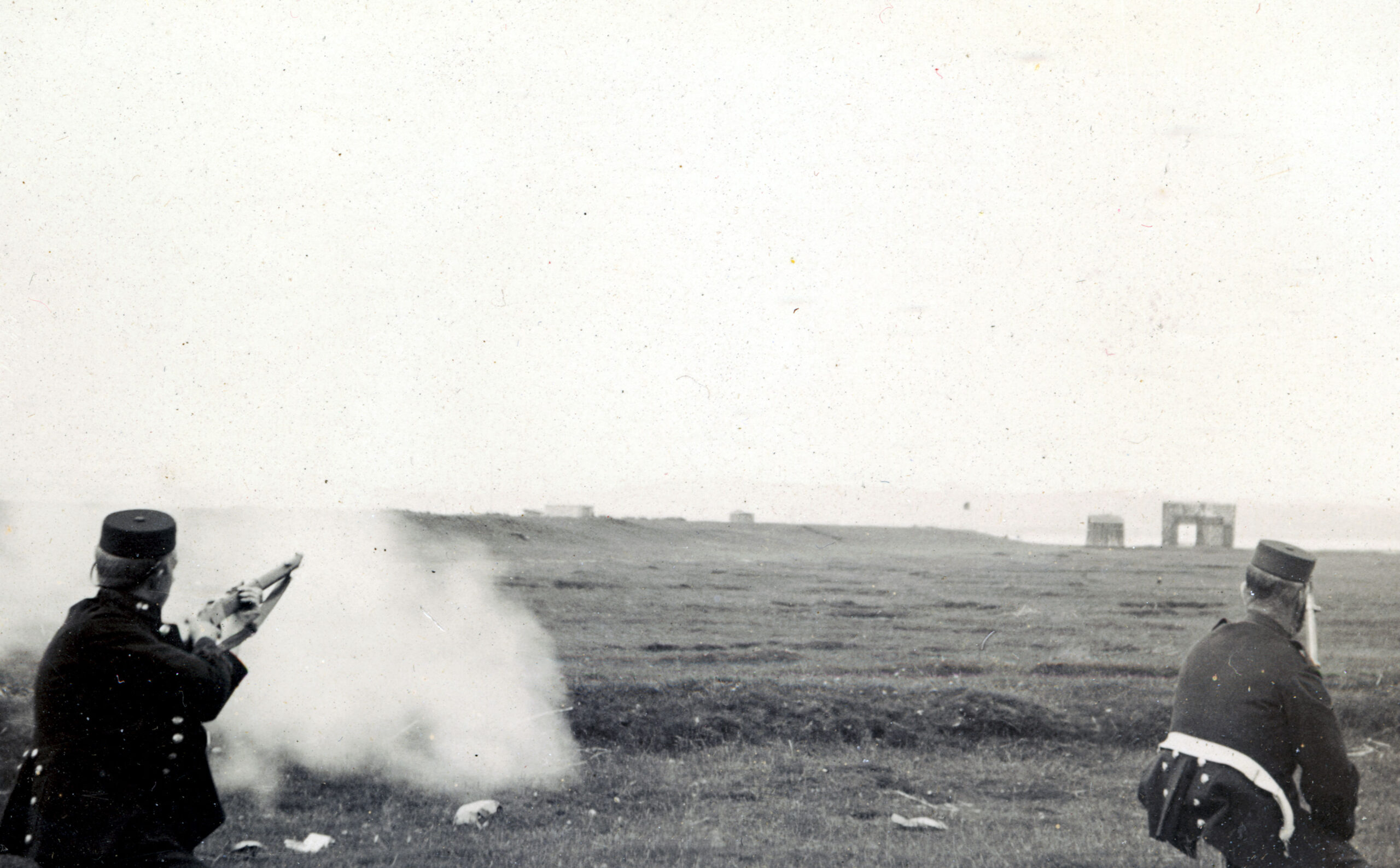 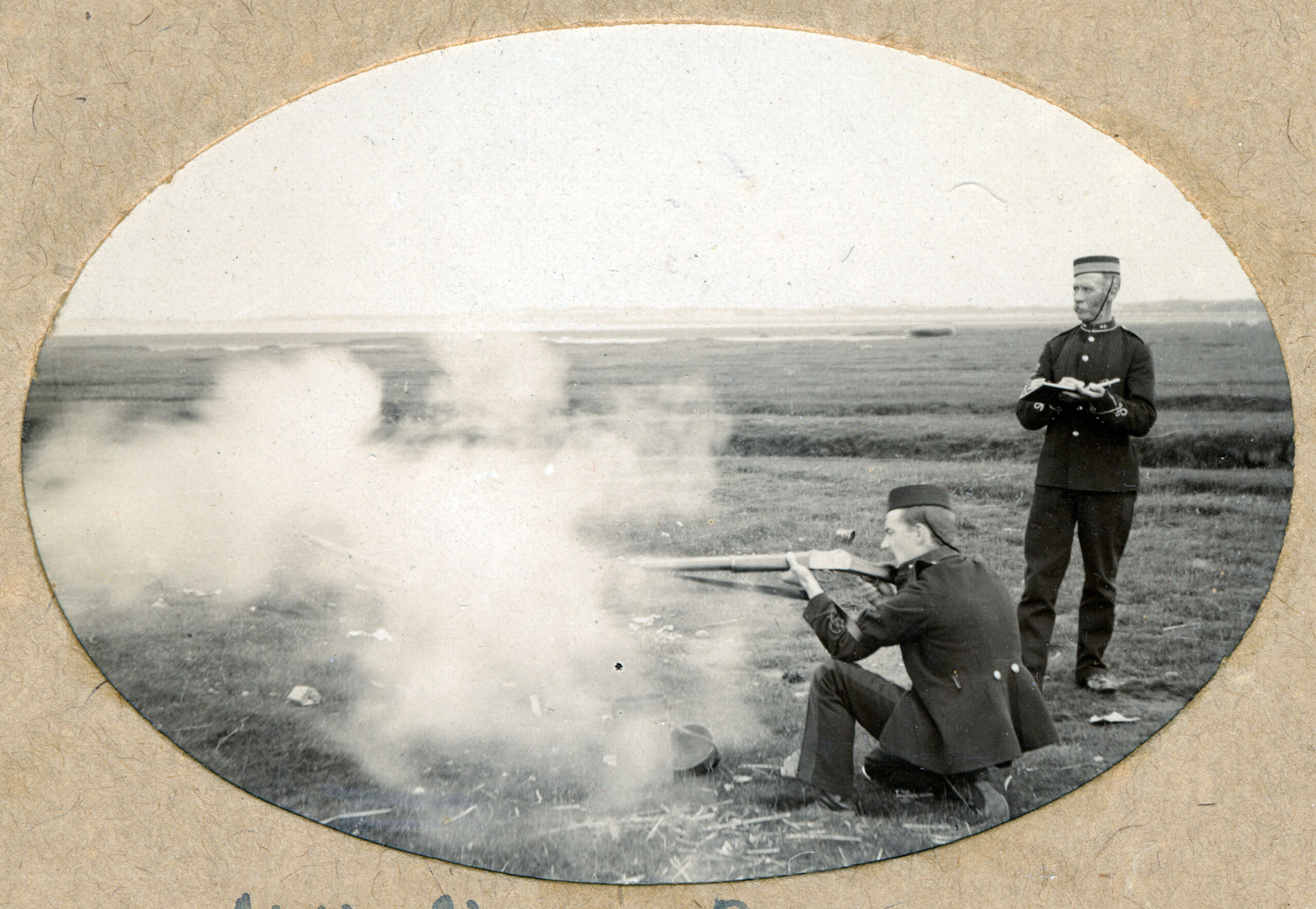 The range saw regular practice in competition for the Scotscraig Medal and other prizes. The press report of 15th August 1882  “saw the competition of five shots at 100, 200 and 300 yards won by Gunner R Livingstone under the superintendence of Sergeant Instructor W.H. Death.” This positive press report had followed  earlier report of 10th July which had noted a fall from grace at a recent unit inspection by a Colonel Johnston.  “However despite being the champions of Scotland at the big gun and carbine, and therefore the proud possessors of the Waveney Gold Cup and the Horn Trophy, July 6th 1882 saw a fall from grace advised from members not attending drill. The dismounting and remounting of the guns were mismanaged at such a cost of time, labour and dignity …… with fortunately their comrades in the band displaying a little more harmony and unity.” 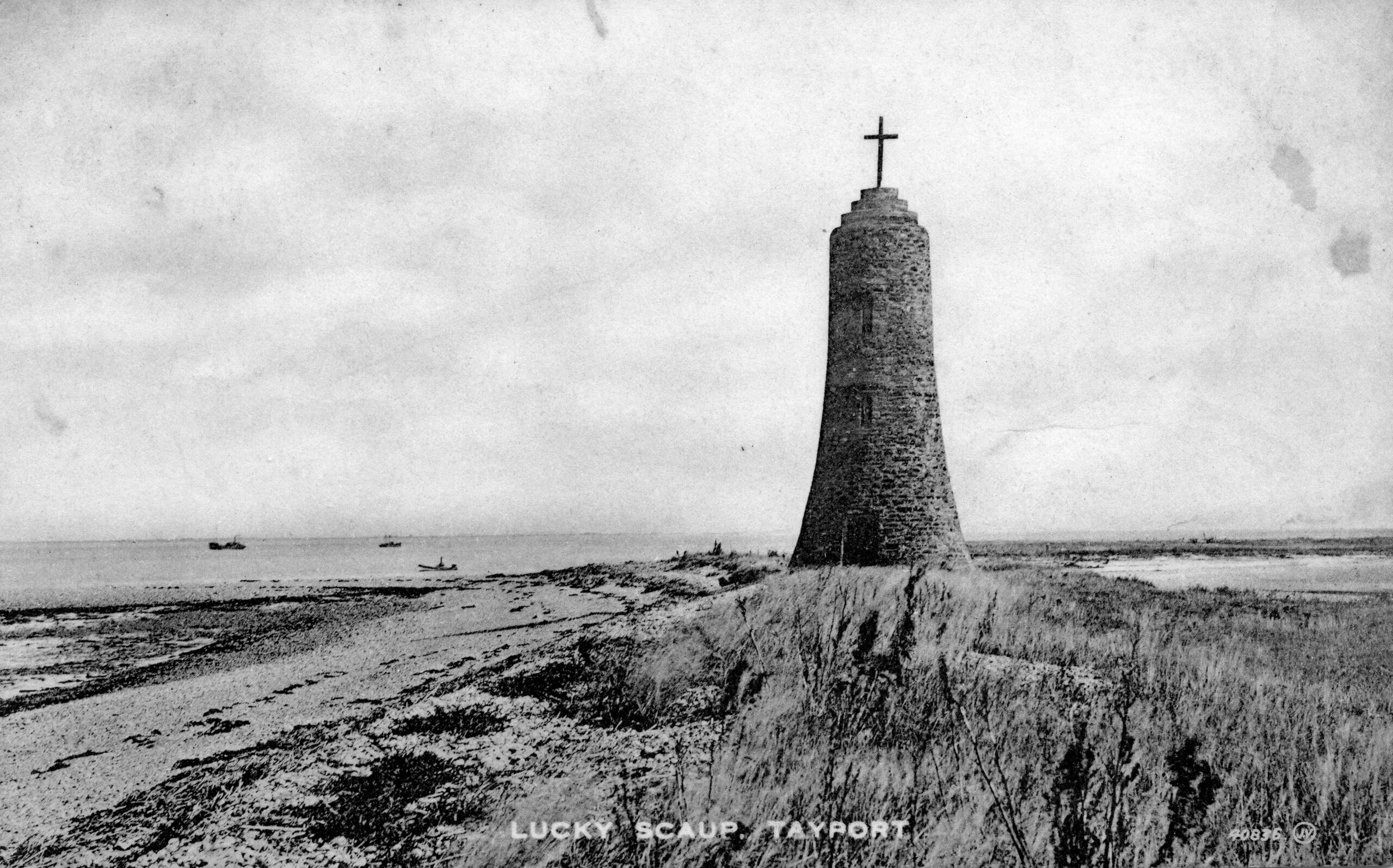 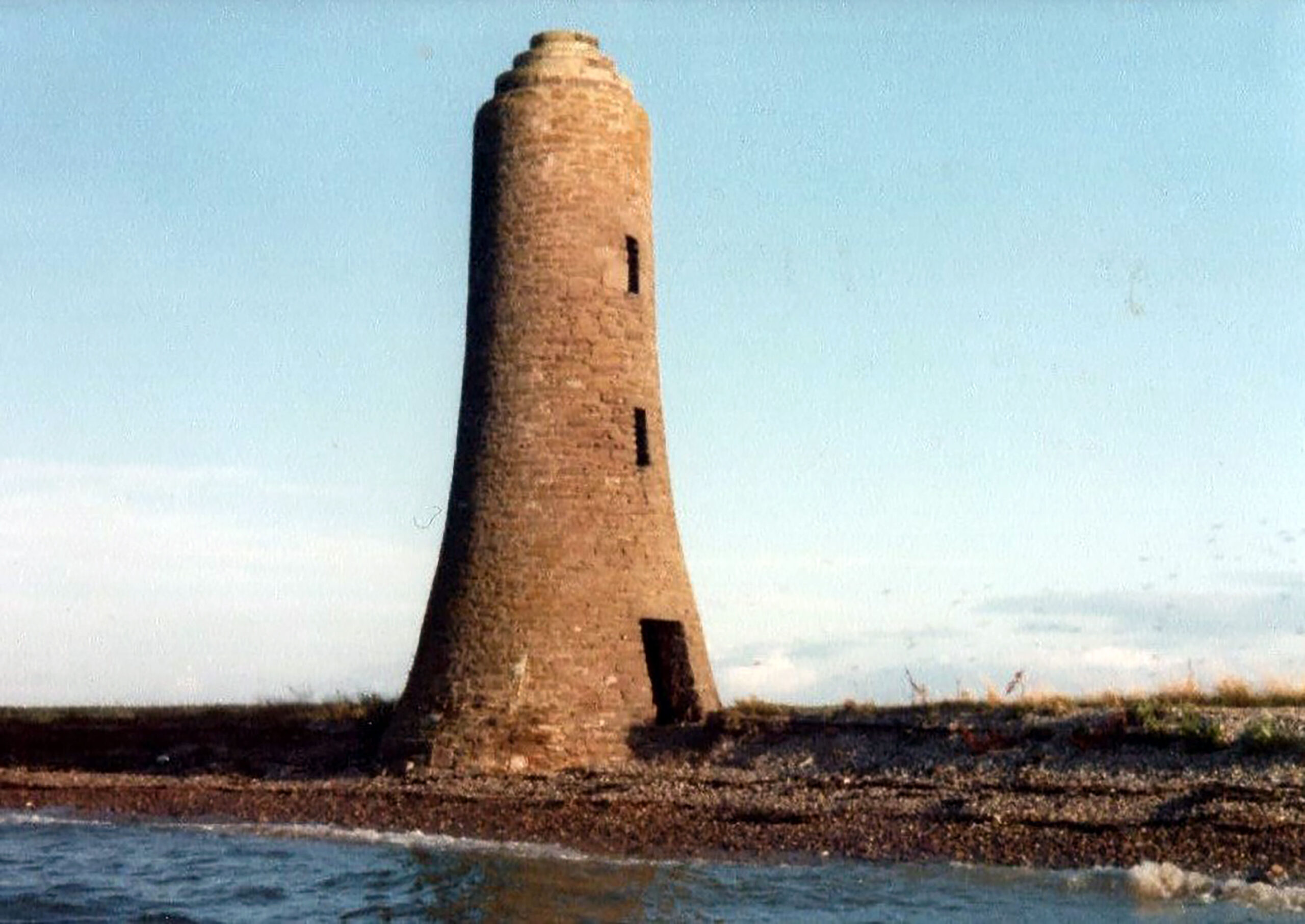 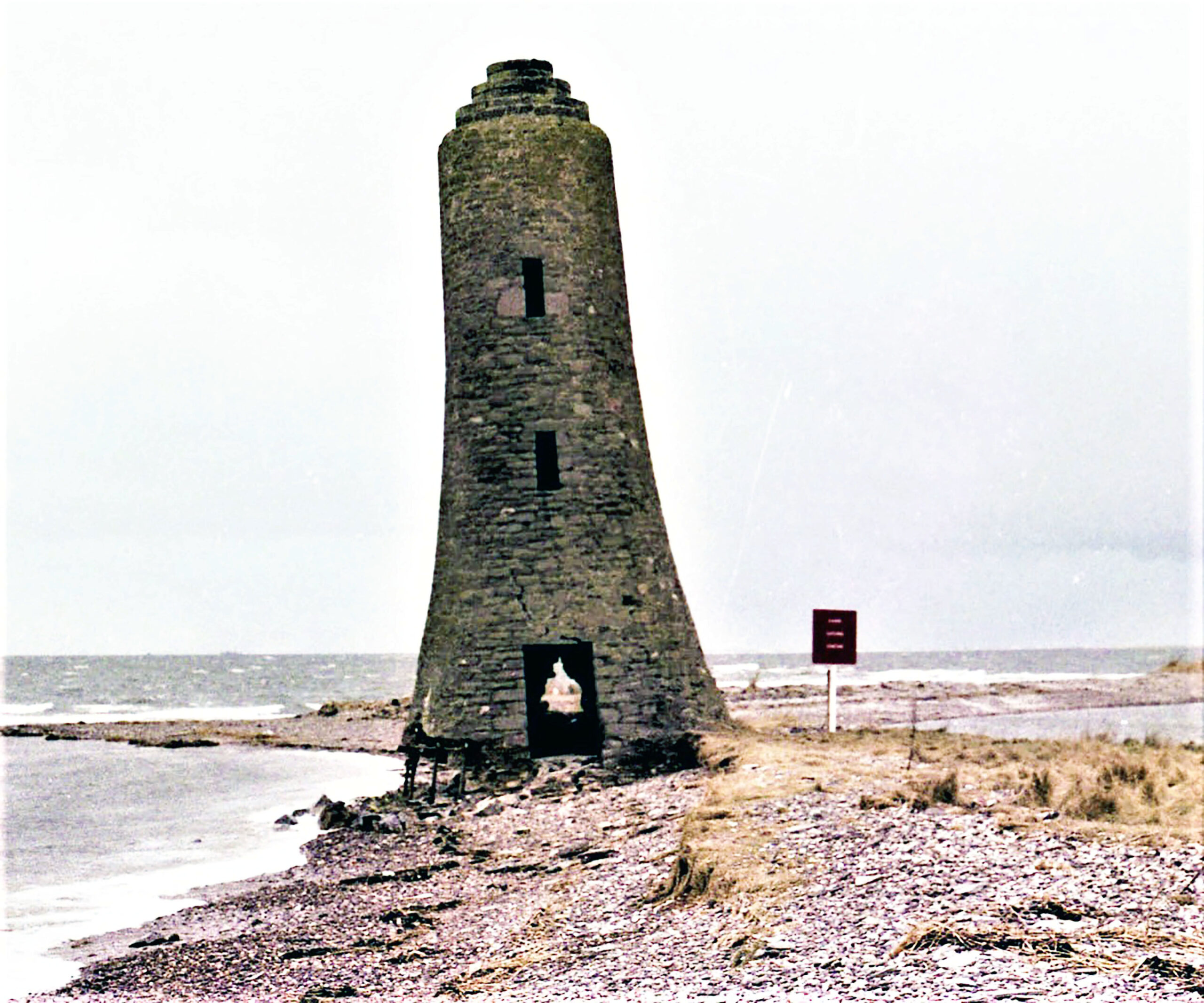 Tower late 1970s prior to demolition

The island is described in Canmore Archaeology notes as having likely been formed by the dumping of surplus ballast brought down from the Perth area for the ocean going ships moored at Ferry-Port-on-Craig in the 18th & 19th centuries. Lucky Scalp had a significant sandstone tower with a white cross on top, which was a major local landmark for many generations. Tenders were requested  in June 1853 under the guidance of the Dundee Fraternity of Master and Seamen and incorporated material from the ruins of the salmon fisher’s bothy on the island as shown on the John Lang map of Scotscraig Salmon Fishings 1852. A later report in March 1864 noted the 50’ high masonry tower was painted red. A press report dated June 29th 1882 “saw the warpers employed at the Tayport Spinning Company taken down the river to Lucky for their first annual picnic, when racing and other amusements occupied a delightful day”.

Despite the best efforts of the local preservation society to contain the erosion damage to the foundations, the tower was demolished for safety reasons in February 1979.  This significant change to the local vista was recorded in verse by a local bard Jean Heggie and put to music and sung by IDM accompanied on the piano by Michael Marra, for the Centenary Concert in June 1987. ‘Lucky’ can be reached at low water over the scaups and the area is frequented by locals fishing for sea trout and flukes, as well as harvesting of whelks. A far cry from the press report of 16th August 1883, when the only boat employed at Lucky secured a catch of 81 salmon 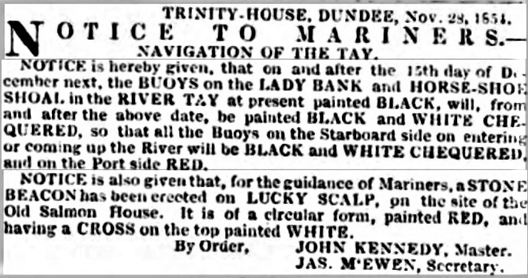 The first suggestion for a breakwater was raised in 1893 but it was not until 1933 that a donation of £192  from the Commonty Fund was the initial contribution to the construction of a sea wall. Promenading and swimming became popular activities and resulted in the construction of a shelter block, complete with public toilets, on the snook head with both an ice cream hut and swimming/football changing hut on the opposite grass banking. During the 1950s and 60s, the Town Council annually refreshed the two designated swimming areas with sand from Tentsmuir beach. 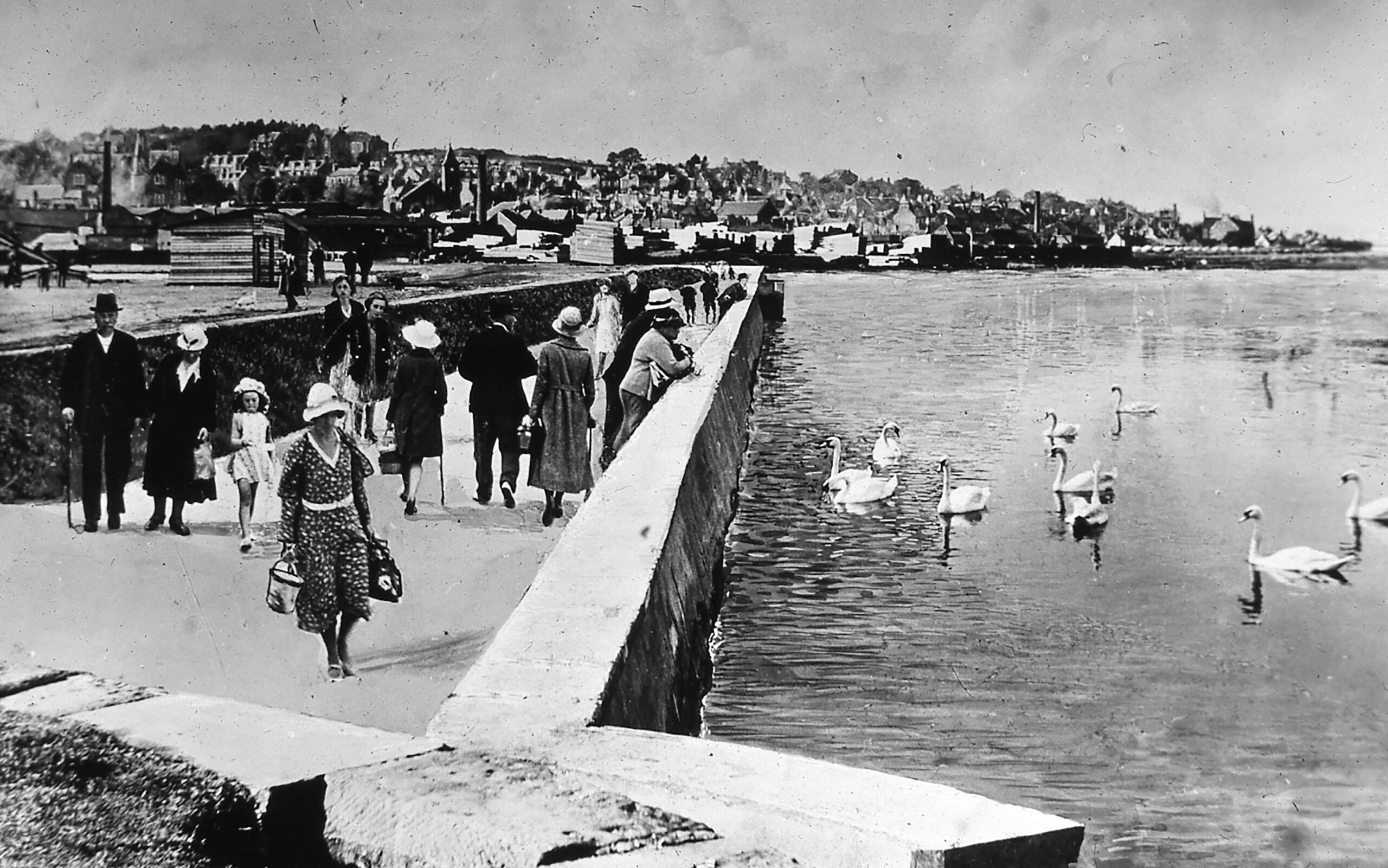 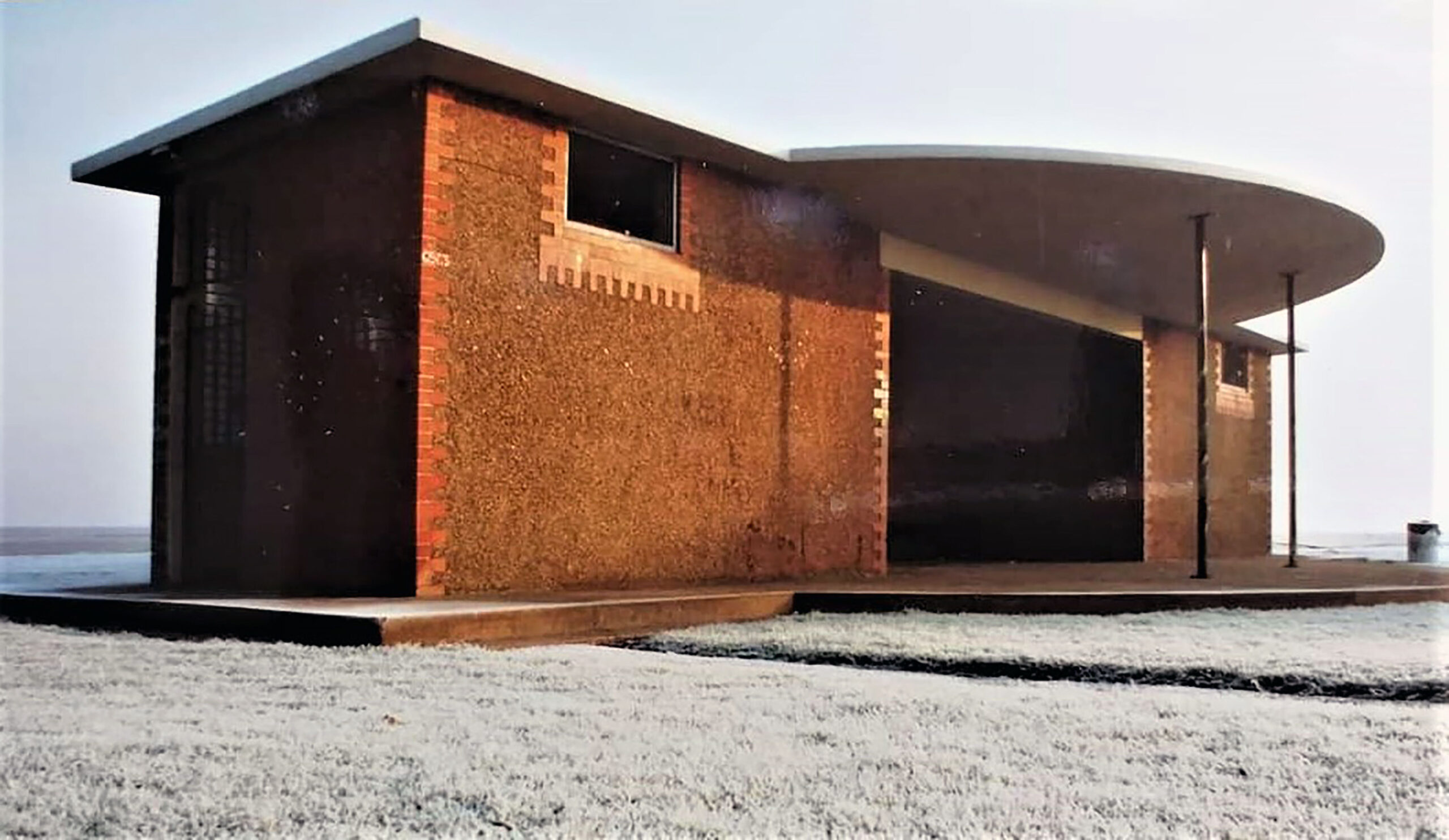 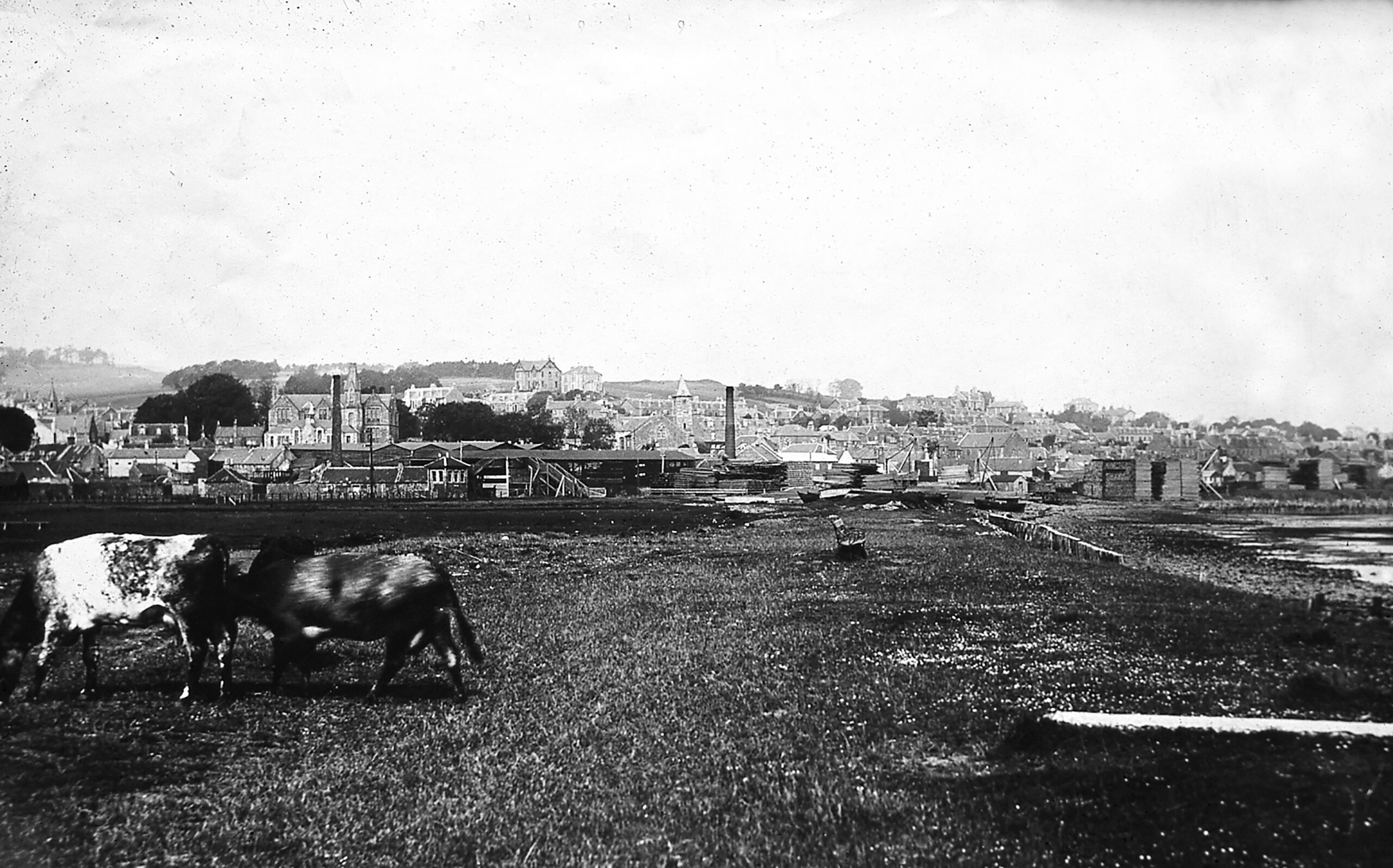