The Society held its first show in the Temperance (now Gregory) Hall in 1875 and for over 100 years proved a colourful and popular addition to the town’s annual events. Such was the popularity of the show that it eventually required an additional hall to accommodate the increasing number of exhibits. Sadly, gradual social change saw a demise in membership and the Society was wound up in 2002. Since 2011, a PLANT group (People Learning About Nature in Tayport) has been working on projects bringing people together to grow food and flowers and provides a popular source of interest and participation to a wide range of school children, local groups, volunteers and residents alike. It provides an insight to the changes in horticultural activity in society and reflects well on the endeavours of the previous generations. 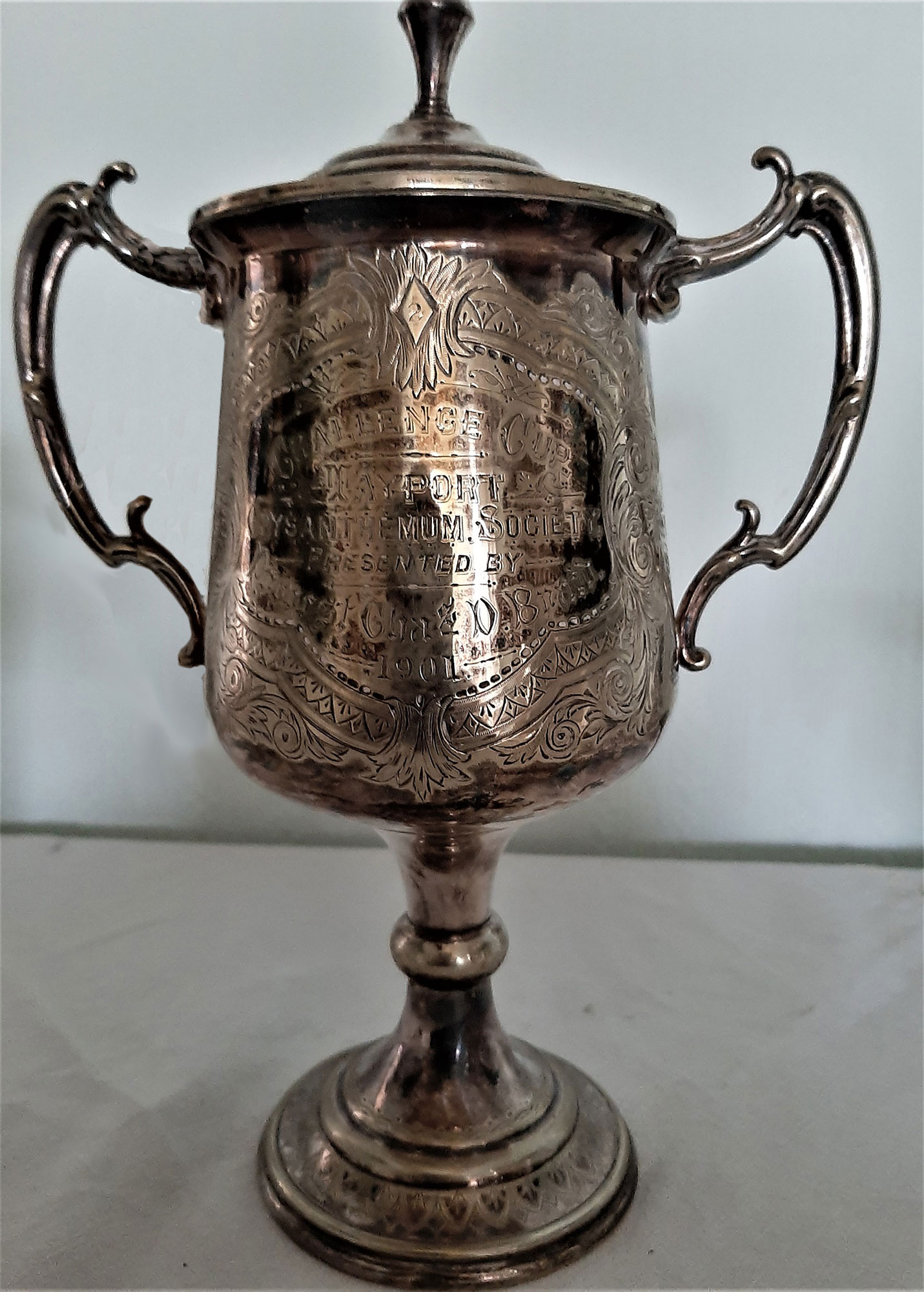 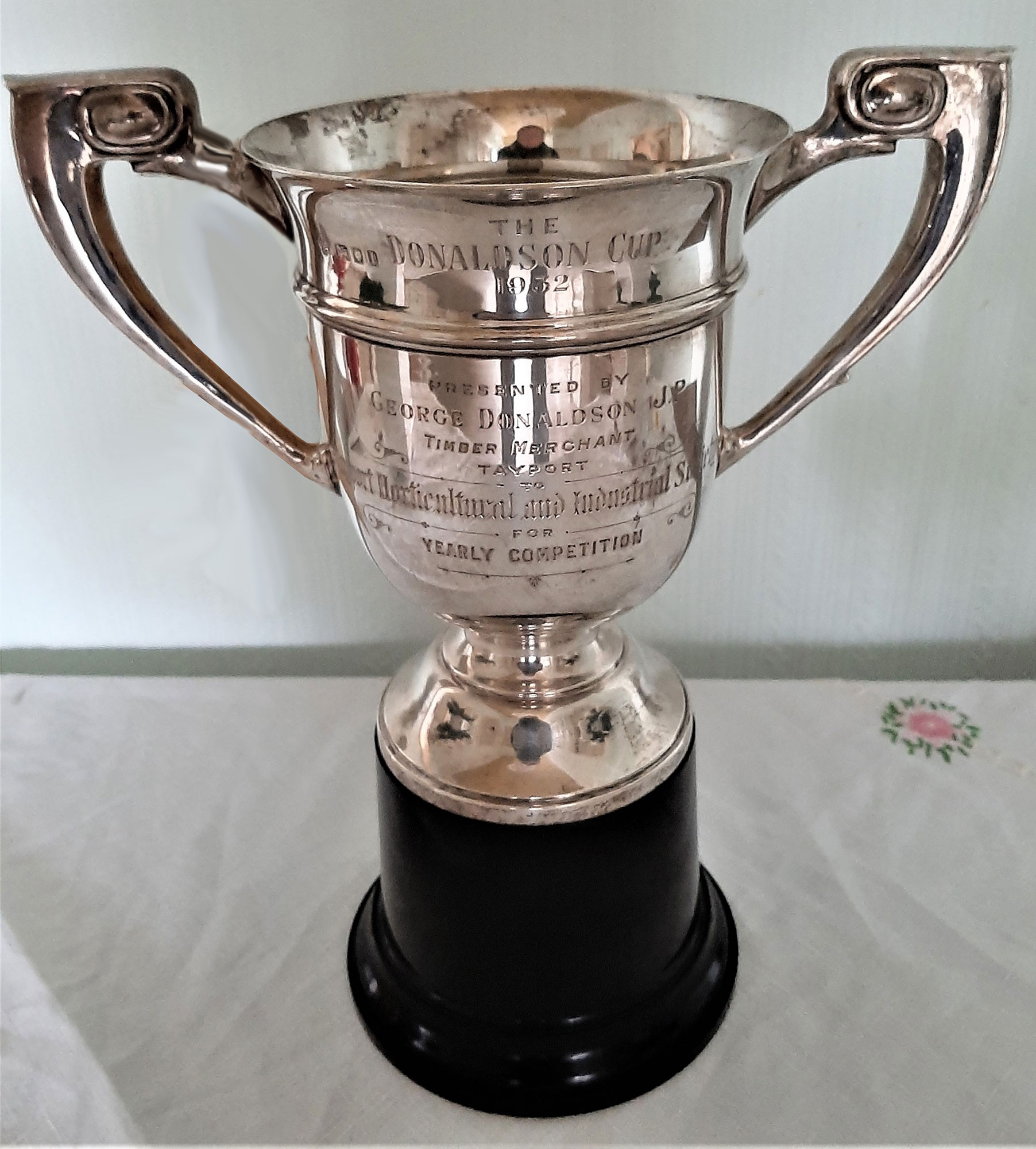 The land in this vicinity previously supported two major plant nurseries, Burnbank Nurseries on Cupar Road and the adjacent Sandyhill Nurseries. Sandyhill, now a housing development, was particularly renowned for roses, at one time producing some 30,000 plants annually. Burnbank, Sandyhill and George Paton & Son, another former long established Tayport Garden Nursery which was located off Provost Road, had retail outlets in Dundee City Centre for many years. Sandyhill also had a shop in St Andrews. There were also other market gardens around the town. One such business was based at Arnoldsland, beside the former Toll House at Cupar Road. Its vegetable produce was sold throughout the town by William ‘Wull’ Doctor from his pony and cart until the mid 1960s and was grown on the church land field which now carries the access road to the housing at Sandyhill.  Wull’s pony Queenie and the cart, were often seen waiting patiently outside the town’s various licensed premises. 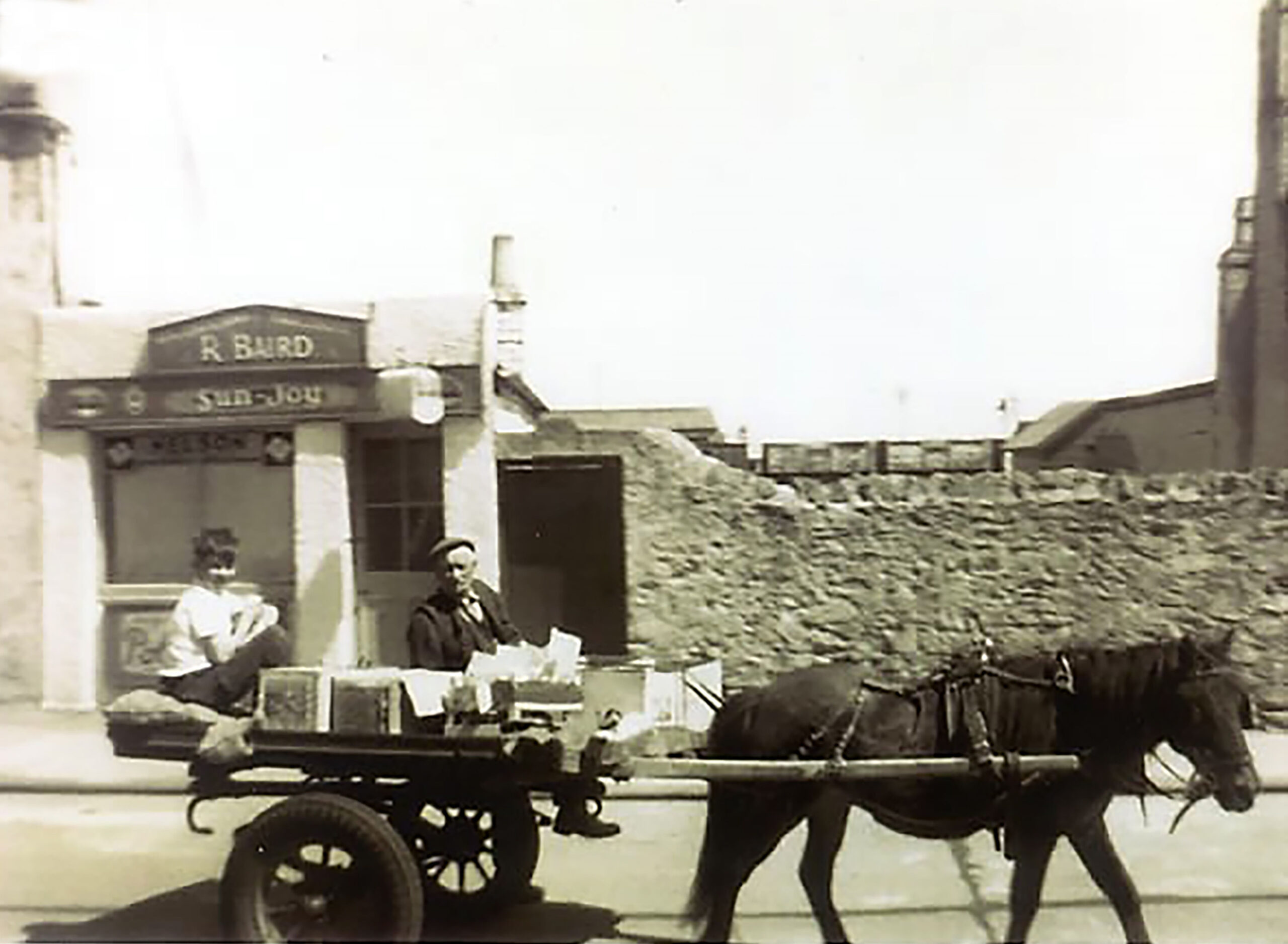 Scotscraig Curling Club’s history stretched back to 1854 and variously used ponds at Morton Loch, the Garpit Pond on the golf course and at Causewayhead before creating a new curling pond, assisted by the generosity of Admiral Maitland Dougall, at the ‘south east of the village, 4 minutes from the station’. In 1890, plans were afoot to extend the gas main to allow the pond to be lit. The social highlight of the year for the’ Knights of the Broom’ was invariably the Annual Meeting when the great and the good of the town, most of whom appeared to be inveterate curlers, gathered for a meal and many toasts and ‘had a very happy evening in true curlers’ style’. The press reported “ Friday February 8th 1884 saw The Scotscraig Club have their annual dinner in Scotscraig Hotel. The President Captain W Kilgour was in the chair and Mr George Donaldson vice-president acted as croupier. The company spent a most enjoyable evening with toasts and songs. Admiral Maitland Dougall replied.” In the latter half of the 20th century the curling club’s activities moved to out of town indoor facilities and as a consequence, the curling pond in this location, fell into disrepair. The club itself, as a result of falling membership, was wound up mid 1970s. Many trophies from the halcyon days of the Scotscraig Curling Club remain in the care of Tayport Community Council including the 1909 medal from the competition held on the Morton Lochs. 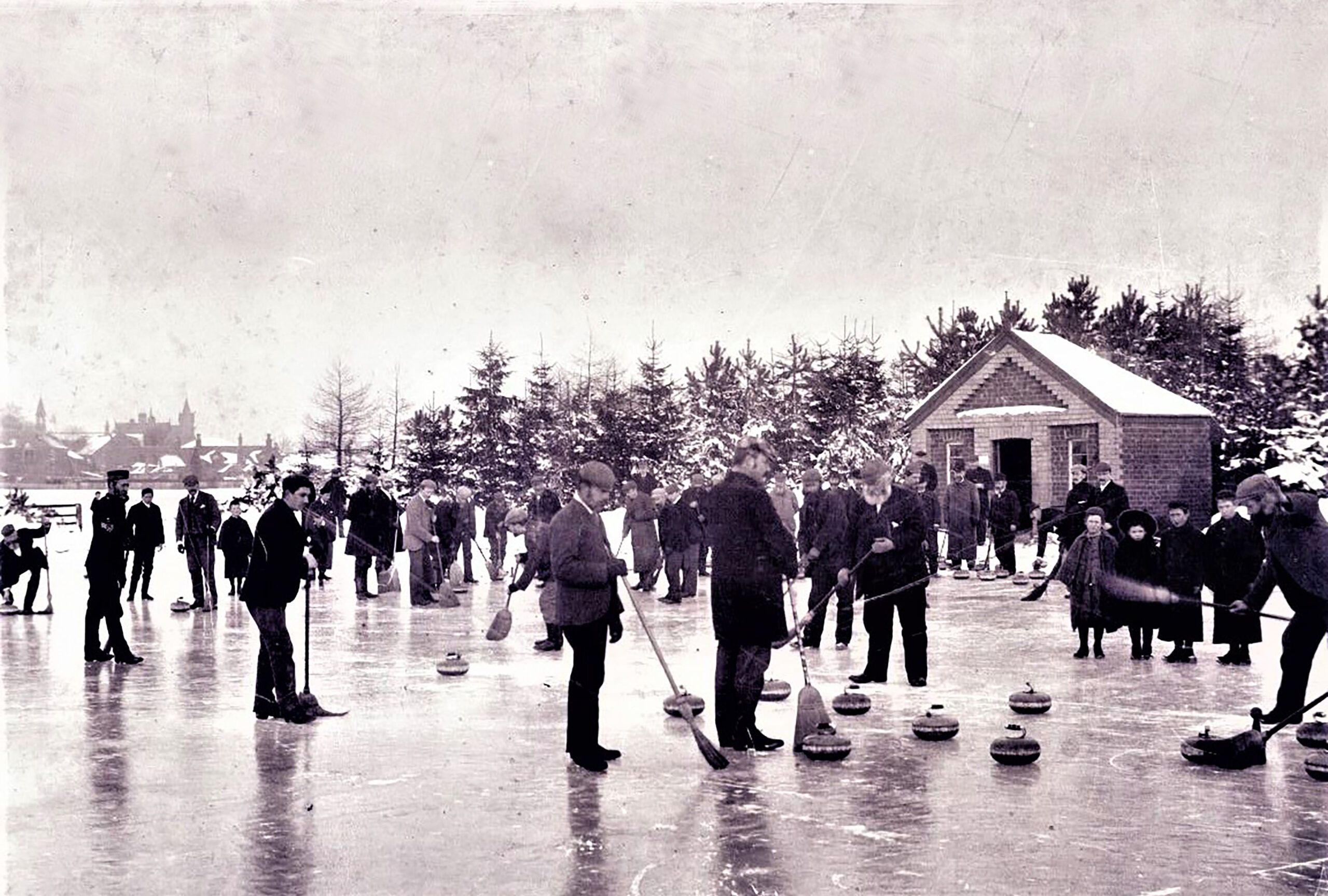 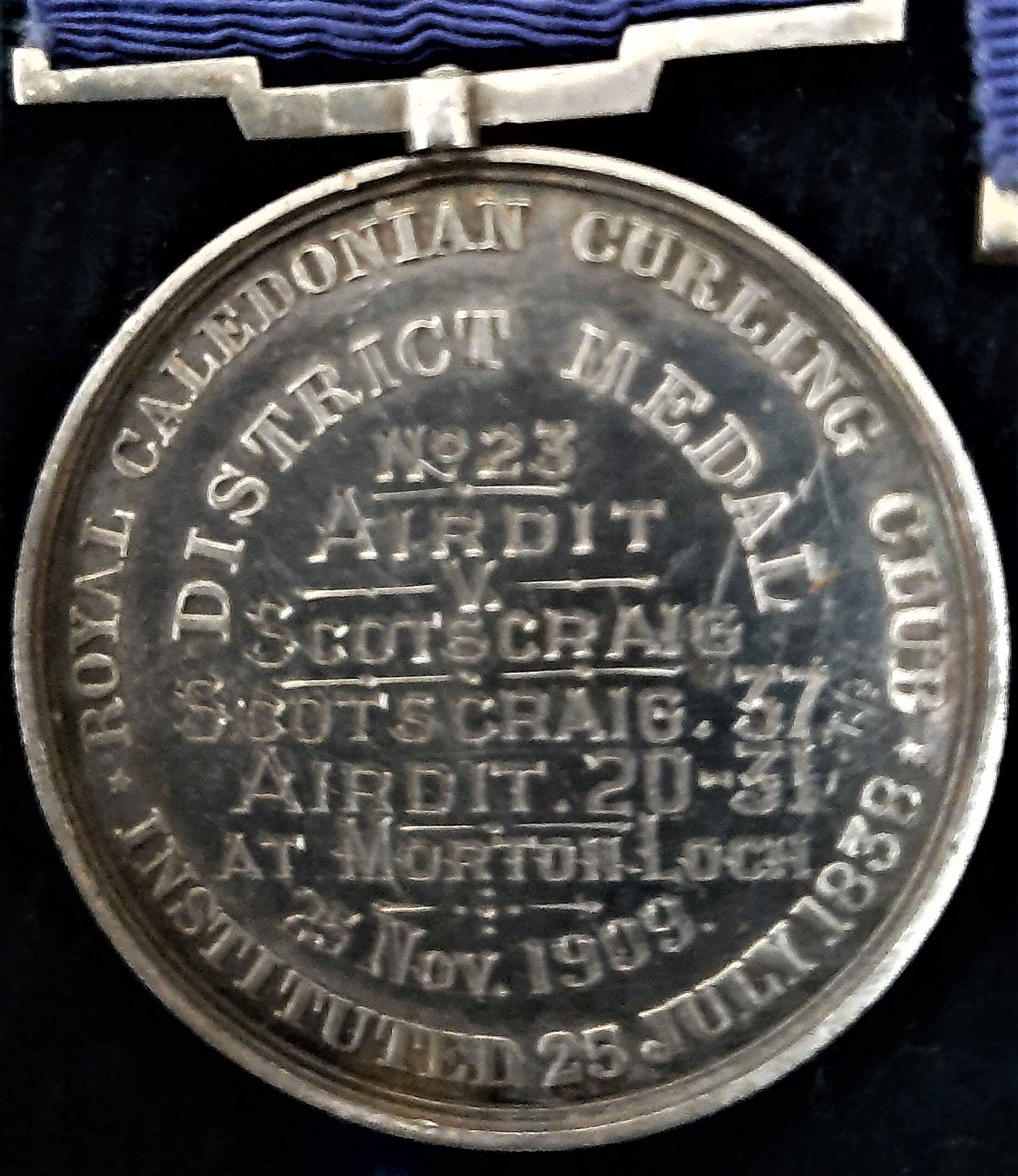 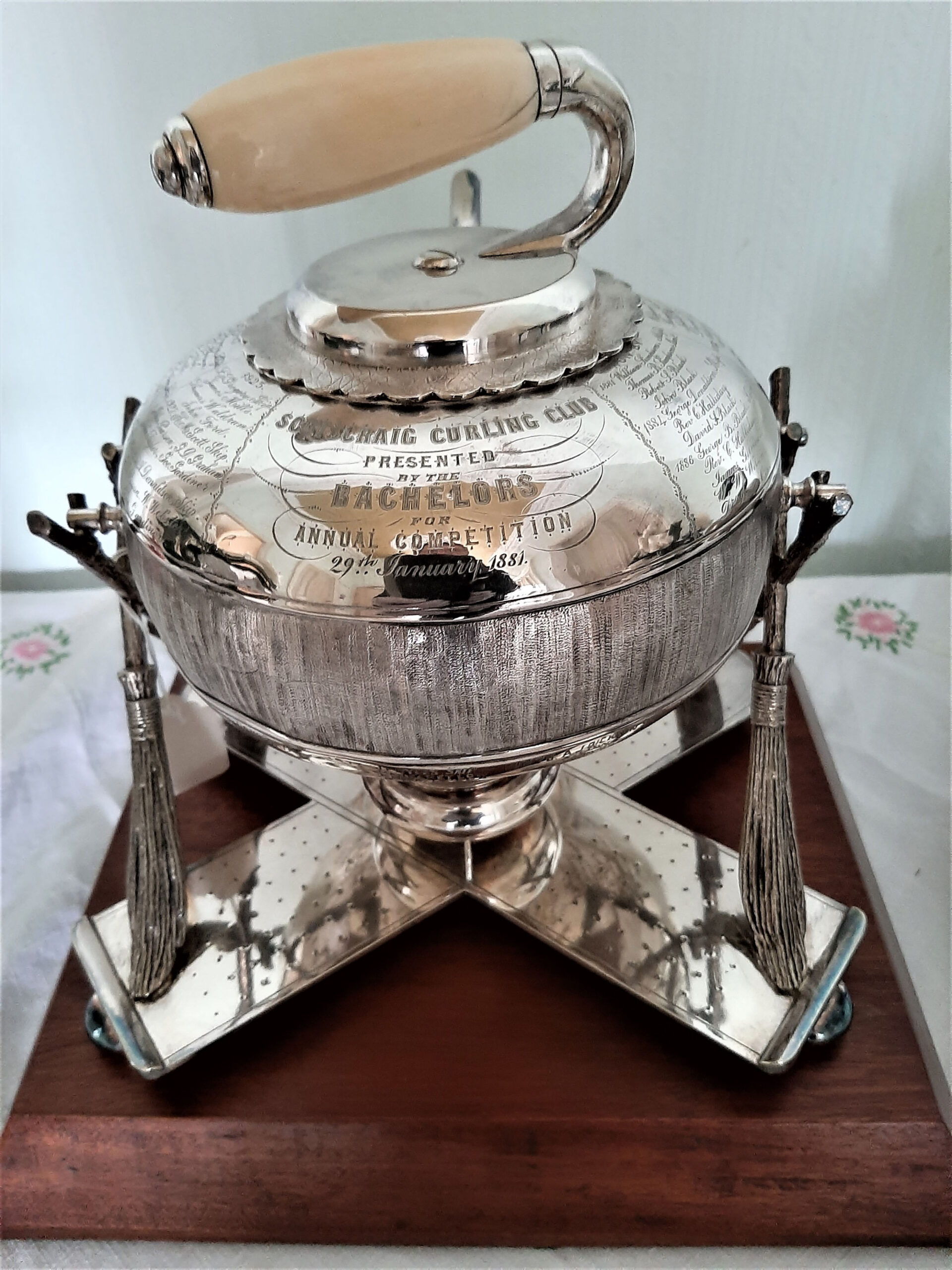 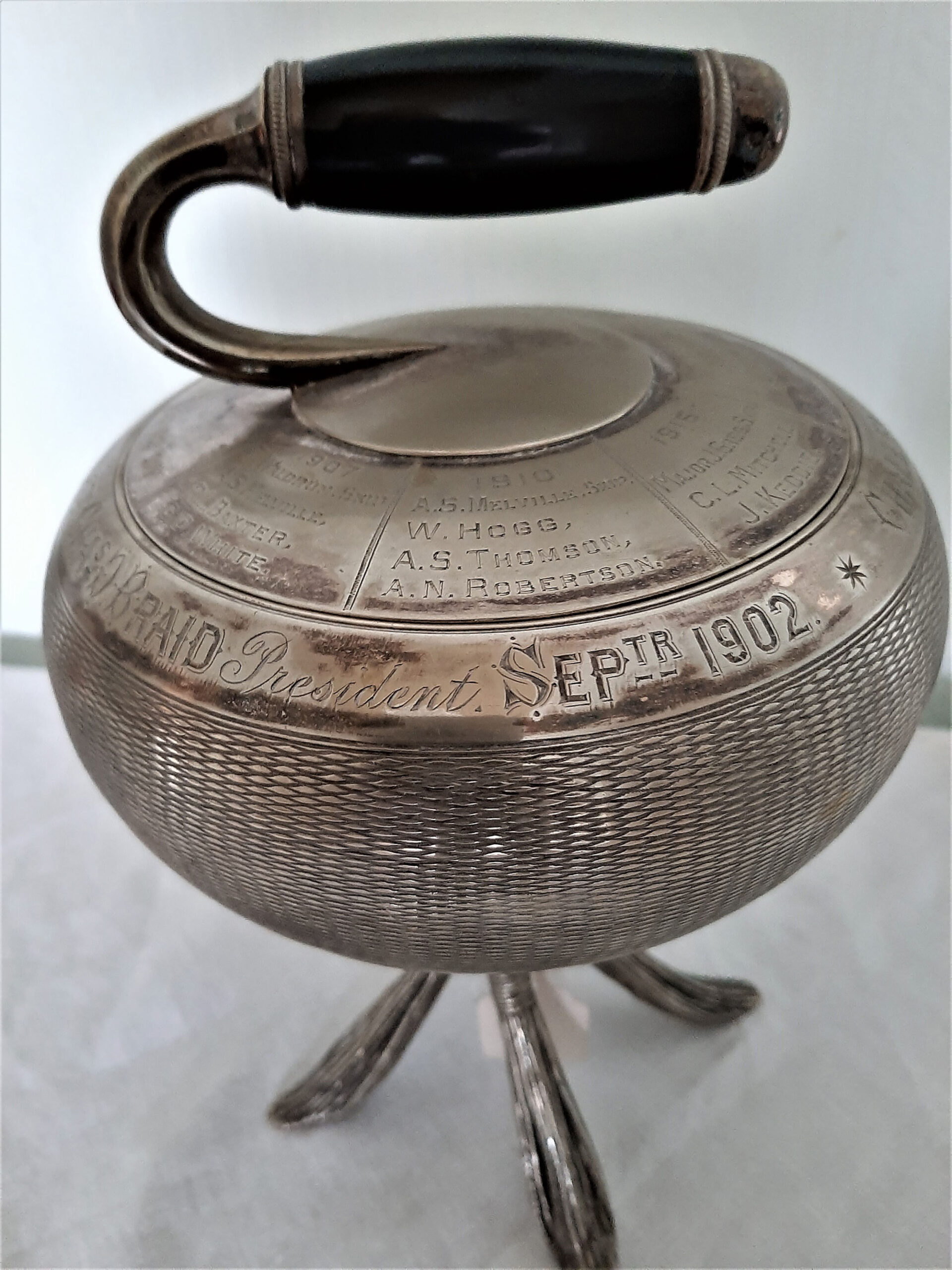 Tayport Tennis Club has a history stretching back to the 1880s. The club then went into abeyance for a period, prior to being reformed in 1910 and taking the name of ‘Scotscraig Tennis Club’. In common with many local organisations, the club has experienced fluctuations in popularity of the sport over the years, but has continued to thrive into the 21st century with three artificially surfaced and floodlit courts. 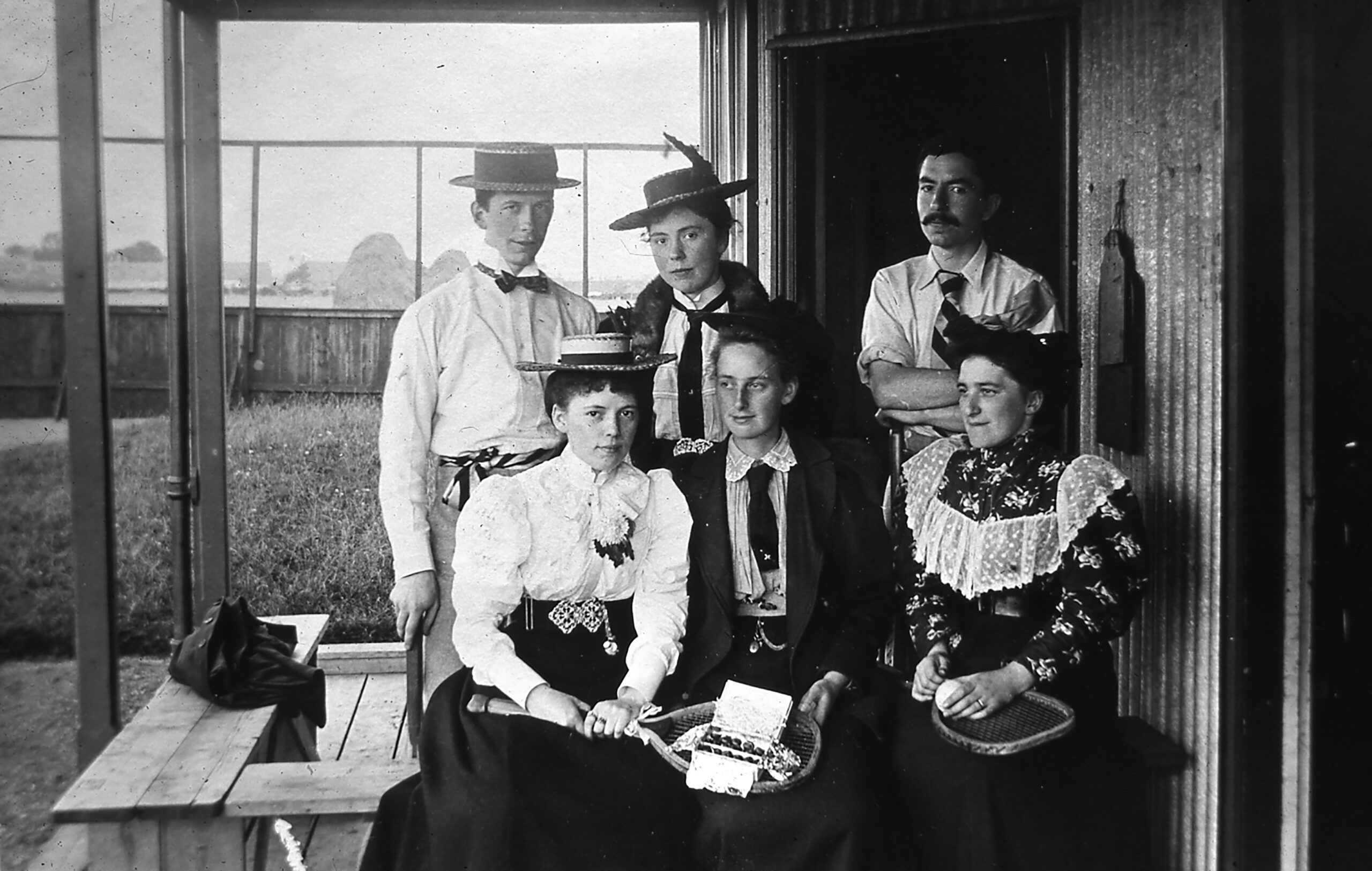 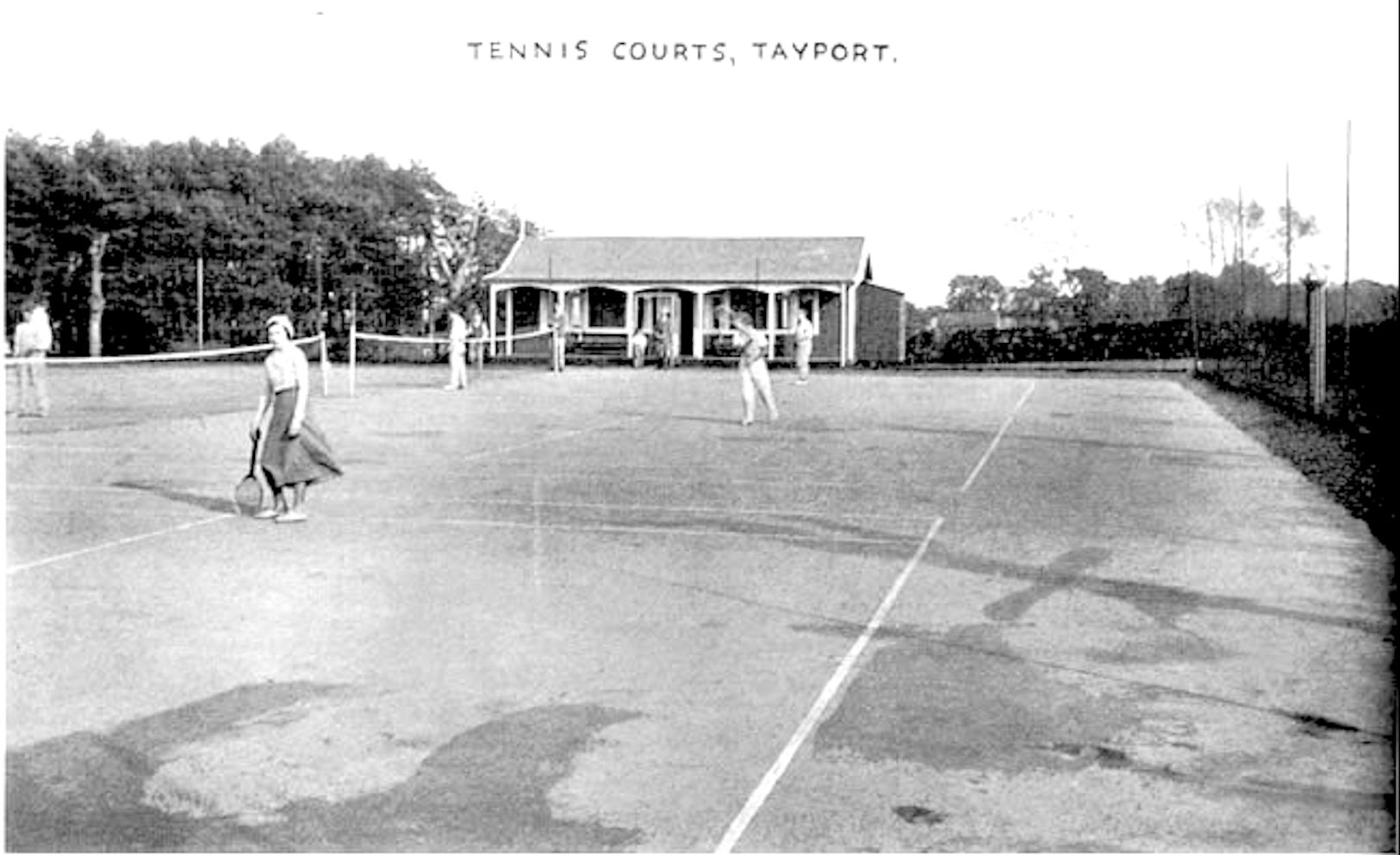